Shame on You Governor DeSantis! 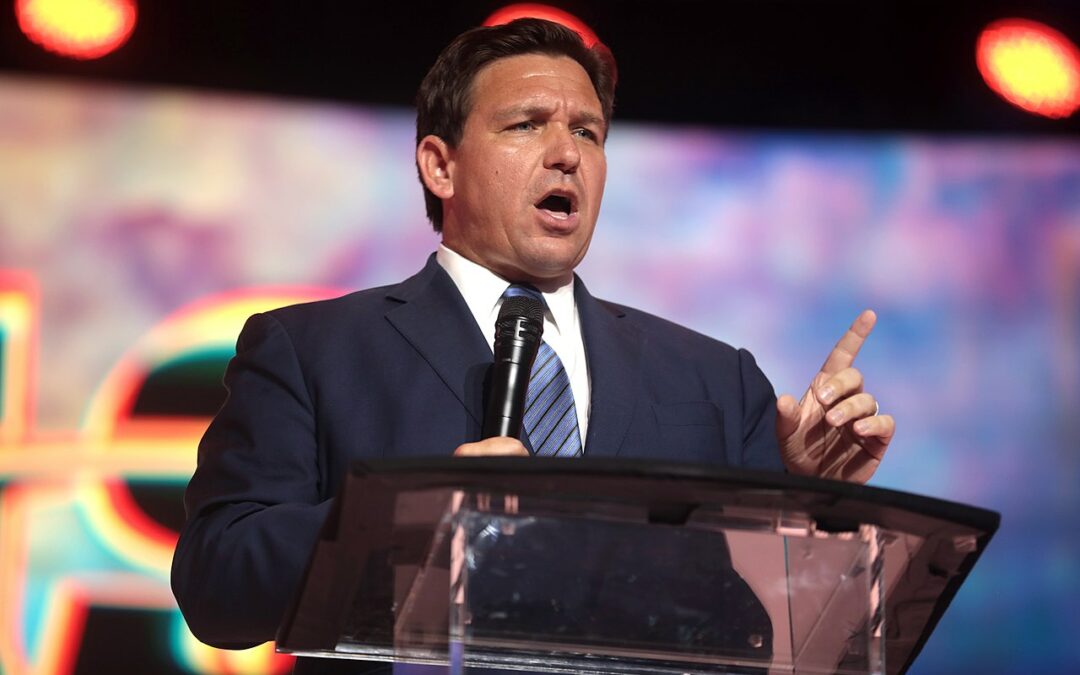 On Monday, January 23, just one week after commemorating the life and work of Dr. Martin Luther King, Jr., Florida Governor Ron DeSantis announced that his administration would not allow public schools in his state to offer the Advanced Placement course in African American studies. He referred to the course as “woke indoctrination” and said it would violate a recently passed state law restricting how race can be taught in Florida public schools. He went on to say that the course “promotes the idea that modern American society oppresses Black people, other people  of color and  women and includes a chapter on Black Queer Studies.”

The governor’s announcement was followed by a more detailed explanation by Florida Education Commissioner Manny Diaz, Jr., who explained that the course included the writings of African American scholars and activists such as Angela Davis, Kimberle Crenshaw, and bell hooks. He added that it discusses concepts such as intersectionality, patriarchy, white supremacy, and Critical Race Theory. As I was reading  Mr. Diaz’s explanation, I realized that half of the syllabus I used in my Race and Ethnic Relations at Eastern University was being banned in Florida.

However, my concern over the governor’s actions is not academic but rather has more to do with the arrogance and presumption that a government, predominantly populated by white legislators (and mostly white male legislators), knows what should and shouldn’t be included in a course on African American Studies. The course was not banned because it lacks integrity, but because it made the white legislators and governor uncomfortable. If you want to know what the African American experience in the United States is like, you don’t ask white people, you ask African Americans. Scholars like Angela Davis, Kimberle Crenshaw (who developed the concept of intersectionality), bell hooks and Derrick Bell ( the “founder” of Critical Race Theory) were/are highly competent scholars who have been writing and researching their subject matter for 30-40 years. However, they are not only qualified professionally but they are also qualified personally because, throughout their lives and careers, they have had to contend with systemic racism, microaggressions and the gross misrepresentations of their work and their persons. They know that “modern American society oppresses Black people, other people of color and women” because they have lived it and also worked with persons who have suffered because of that oppression.

The governor’s action is part of a larger deceptive effort being pushed by the extreme Republican Right (“The Big Lie”) that plays into and stokes the fears of white people who don’t know what Critical Race theory or intersectionality are, and have never read the authors whose works are banned. In the long run, I predict this effort at suppression will not only backfire but will leave many white people less able to function in our increasingly diverse society. Denying high school students the opportunity to learn a part of our history and social reality that continues to shape our current political and  social life will only drive them to places on the Internet where they will  learn the ideas and get the insight they need

Before May 25, 2020, relatively few white young people had awareness of how extensively racism and white supremacy shape the social and political landscape of American culture. But on that day a video went viral of George Floyd being choked to death by Minneapolis police officer Derek Chauvin. As a result,  millions of white people, young and old, saw clearly, perhaps for the first time, just how vicious and extensive racism in our society is. In response they went  to the streets, despite a pandemic, chanting “Black Lives Matter,” “Hands Up, Don’t Shoot” and “No Justice, No Peace.” And they did so not only in diverse urban communities but in the suburbs and rural areas as well. Because of social media, attempts by leaders like DeSantis to suppress the truth have failed and will continue to fail.

Rather than face the reality of what continues to transpire in communities across the nation, leaders like Governor DeSantis deny young people the critical thinking tools to make sense of the racial tensions and struggles that continue to afflict BIPOC folks across this country. Moreover, his effort forces young people of all ages, races and ethnicities to seek information outside the classroom, rather than engaging them in meaningful and constructive conversation about the challenges that face us as a nation. Seeking short-term political gain, leaders like DeSantis make people less able as citizens to address the racial injustices that exist in education, healthcare, housing, economics and elsewhere in our society.

When I taught the course on Race and Ethnic Relations, my graduate students, who were generally in their mid-twenties to early thirties, were introduced to fuller history and analysis of the racial tensions in our society, not only about African Americans but also all the racial and ethnic groups that populate the American landscape. At the end of the course, they would often say to me, “Why didn’t I learn this in high school?” They felt they had been cheated out of and denied information and insight that could have helped them better navigate our increasingly diverse society. They felt like they had been unnecessarily handicapped. Today’s students are increasingly being handicapped because leaders like Ron DeSantis think they can suppress the truth that exists all around us and must be addressed.

Shame on you, Governor DeSantis!