What’s All the Fuss About Critical Race Theory? 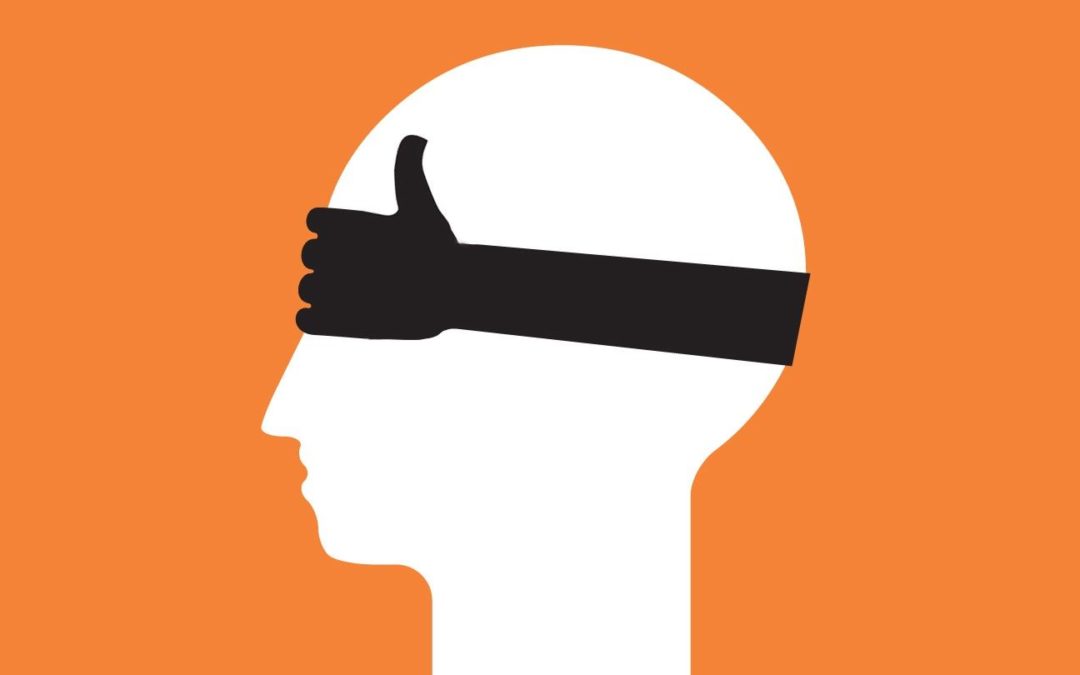 On May 5, 2021, Rev. David Brown, a diversity advisor at Temple University held a public conversation about the themes of my book Disrupting Whiteness. The event was sponsored by the Inside-Out Prison- Exchange program, which brings together traditional undergraduate college students and incarcerated men and women in a college course. Following the conversation, there were a number of questions raised, some of which we were able to address, but many we were not. Over the next several weeks I would like to address these questions.

Question: Why are so many using the term critical race theory to scare people?

How the CRT Controversy Started

The question points to the answer. In September 2020 Donald Trump watched Fox News host Tucker Carlson interview Christopher Rufo, a 36-year-old senior fellow at the Manhattan Institute, a libertarian think tank. A couple of months earlier Rufo had written an article which said: “Critical race theory—the academic discourse centered on the concepts of ‘whiteness,’ ‘white fragility,’ and ‘white privilege’—is spreading rapidly through the federal government.” Ever ready to call attention to supposed government conspiracies, Carlson invited Rufo on his show to explain this secret cabal taking over the federal government. In the interview Rufo called on the president to ban such training in the federal agencies and departments. Shortly thereafter, Trump obliged by signing an executive order banning the use of Critical Race Theory (CRT) in government department trainings. At the time I wrote a blog explaining what CRT was and was not. Following that, Trump then announced The 1776 Project “to combat “anti-American historical revisionism,” “critical race theorists,” “cancel culture adherents,” and “flag-burning mobs” by promoting “patriotic education.”

When Joe Biden assumed the presidency, he reversed the CRT banning order and canceled the 1776 Project commission. But by that time state governments from Florida to Texas to New Hampshire to Idaho and beyond had caught the anti-CRT fever and passed laws banning the teaching of CRT in K-12 public schools and in some cases to ban the use of CRT in any state government professional development seminars held for its employees. Usually, the reason for these laws was because CRT was considered divisive, unpatriotic, guilt-inducing for whites especially white school children, and claimed that the United States was a racist country.

I have followed this trend and the controversy it has aroused quite closely, and can only say that the rationale given for passing these laws is grossly misinformed. It has created a caricature of CRT that makes it sound like the great “Red Scare” of the 1950s Joe McCarthy era. CRT as an academic concept has been in use for over 40 years and has roots going back 20 years before it. While conservatives have accused CRT of being “Marxist,” and the creation of Black Lives Matter, it actually has historical roots going back at least to the 1829 David Walker’s Appeal and carried forth by thinkers such as W.E.B. DuBois, Marcus Garvey, Malcolm X and Kwame Ture (formerly Stokely Carmichael). Moreover, to fully appreciate the angst around CRT, we need to see it in the context of conservative opposition to the 1619 project, the raid on the U.S. Capitol on January 6, 2021, and the Republicans’ opposition to establishing a Congressional commission to study it. In short, reason, education, and logic alone do not begin to get at the root of Republican and evangelical Christian opposition to learning what actually CRT is and is not about.

What is behind the Fear of CRT?

As implied in the question, the issue is fear. So, what is behind this fear? In answering that question, I want to turn to the insights of Dr. Deborah Plummer, a psychologist, and author, in her blog posting: “Why Critical Race Theory is Controversial: The Psychology Behind the Anxiety and Why We Should Care.” I want to give a brief overview of her analysis followed by a few clarifying comments. I encourage you to take in a full reading of her thoughts found at this link.

First, Plummer points out that “American history has been whitewashed and as efforts to correct the narrative increased, many whites… are demanding that we deny, hide and keep facts hidden in order to abolish racism from individual and collective memories.” Many whites believe the way to abolish racism is to not mention it. It is like that crazy uncle in the family that everyone knows is part of the family but does not want to acknowledge. In my book Disrupting Whiteness, I tell the story of a white mother who was horrified when her son referred to his Africana American friends as “Black” because she was taught that to acknowledge race was to be racist. The fact is racism is part of our history, and as the events of the last year have highlighted, it still is.

Second, there is a tendency to “feign ignorance,” a form of resistance to changing one’s thinking on an issue like the reality of racism, even when you know what is being said is true. This feigned ignorance was demonstrated by Arkansas Senator Tom Cotton who referred to slavery as a “necessary evil” when criticizing the 1619 project. Cotton knew slavery was evil but yet felt compelled to justify it. One has to ask for whom was slavery necessary; certainly not the Africans.

Third, Plummer cites the natural human tendency to resist change. Studies have repeatedly shown that people resist changing behavior and thinking even when they know it is right and good for them. Think about hard it is for some people to change their diet or self-destructive behavior even when they know that doing so is the best thing for them. A long deep look at CRT challenges our assumption that we as Americans are members of a solely good and righteous nation. Admitting the whole truth of the American story would allow Senator Cotton to be more honest with himself. CRT asks us to amend the oversimplified version of ourselves and admit to the whole story of the U.S. – good, bad, and indifferent.

Fourth, is denial. Plummer points out that this too is a common response. She says denial “[blocks] external events from awareness by refusing to accept its reality.” In my book I discuss how denial is one of the common responses whites make to claims of racism and is often linked with feelings of guilt and shame. Denial makes it difficult to accept the reality of racism and it simply takes time and persistence to help the person in denial to see that the reasons behind their feelings are based on a misconstrued view of reality. Plummer adds that denial is often linked to the neural circuitry in our brain that leads us to respond to troubling or challenging information with a flight, fight or freeze response. With generations of denying the reality of racism’s destructiveness, white neural circuits are wired to reject and need to be reprogrammed.

Fifth, a major barrier which recent research has confirmed is what Plummer calls “Fearing the Script will be flipped.” Whites fear that Black, Indigenous, and other People of Color (BIPOC) will treat them the way BIPOC have been treated through history. This fear itself acknowledges a level of understanding that is denied for fear of retaliation. Some conservative theorists refer to this as “The Great Replacement Theory” the idea that when whites become less than 50% of the U.S. population their ways and their values will be replaced by “foreign ideas”. This theory drives much of the animus against immigration, even though immigrants play a vital role in the service and agriculture sectors not carried out by other Americans.

Sixth, Plummer notes white Americans believe they should not have to deal with the discomfort learning about racism in society causes them. Often this fear is projected onto children saying that talking about racism in American history or pointing out racial discrimination in current institutional practices and policies makes students uncomfortable. I have found in working with students that they are far more malleable and open than the adults in their lives and it’s the adults who don’t want to face the uncomfortable fact they have not been fully honest with their children about the reality of racism in U.S. society.

Finally, she mentions the limitation of the lived experience of many white people in our society. Whereas BIPOC have had to learn to deal with the ways of white people in order to make it in society, many whites go through life with little or no significant interaction with people of other races or ethnicities. What they know is often the caricatures they have seen in the media and on TV. Fortunately, this is changing. In my 22 years of college teaching, I saw a dramatic shift in the younger generations’ (millennials and Gen Z) experiences with regular interactions with persons of other races and ethnicities, and they had a greater level of familiarity than previous generations with people who seemed different than them.

The Time for Hiding From CRT is Over

Dr. Plummer concludes by stating, “As a lens for how to explore race, CRT is a vital theory because it gives meaning to the phenomena of racism that has been part of our social fabric for centuries and that BIPOC have understood from their lived experiences…Limiting discussion of CRT in schools and standardizing the way that history can be taught is not education but propaganda.” I agree. CRT and its applications are a proven and accepted approach to understanding the nature of U.S. society. Banning CRT without considering it, is not only academically illegitimate, it actually makes the case that CRT is right when it claims that racism is an “ordinary” part of everyday life in our nation.

For too long Americans have lived with the fairy tale of America’s goodness and innocence. If the death of George Floyd, the demonstrations that followed, and the January 6 attack on the nation’s Capital building proved nothing else, they proved the fairy tale to be a lie. CRT has something profound to show and teach us. The time for hiding, denying, retreating, seeking comfort, and not owning up to our fear is over.