Mad as Hell at Plutocracy 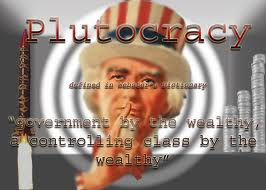 At different times in this blog, I have referred to the US government as a plutocracy (rule by the wealthy) rather a democracy (rule by the people). Exhibit A of this reality is the current debate in Congress over whether or not to extend the Bush tax cuts to the wealthiest Americans (those earning over $250,000) while also haggling as to whether or not to continue unemployment benefits to the long term unemployed.  On the one hand proponents of extending the cuts say we must continue the tax cuts (thus foregoing something like $70 billion in potential revenue), while on the other hand they are saying the government cannot afford to continue to support the unemployed. The audacity of this position is so outrageous that Warren Buffett, one of the wealthiest men in the world, and a group from Boston called Wealth for the Common Good have called for the tax cuts to be allowed to expire on December 31, 2010. Even these 400 wealthy Americans are saying the Republicans’ position on these issues is out of bounds!
The efforts of Buffett and his wealthy colleagues aside, this current Congressional debate illustrates how far we have strayed from what Abraham Lincoln referred to as a government “for the people, by the people and of the people.” However, this is not a new problem. When the U.S. Constitution was originally ratified  in 1787, only white men who owned land were allowed to vote. From the beginning, our country has operated on the principle that the wealthy would rule on behalf of the masses, a kind of benevolent oligarchy. Over time the right to vote was extended to all white men, then men of color, (14th Amendment, 1868) and then eventually women (19th Amendment, 1920). Even so the original notion that governing was for the few and not the many has persisted throughout US history. So it is no wonder that today only those with great personal wealth (e.g. Meg Whitman, Ross Perot, Mitt Romney) or those with access to money (everyone else who can find a lobby or a PAC or special interest to finance them), can afford to run for election.

What is the effect of this trend toward plutocracy? The greatest inequity between the haves and the have-nots in the last 30 years. According to Nicholas Kristof  in 1976 the wealthiest one percent of Americans earned 9 percent of the nation’s income; today that number is 24%. In 1980 the CEOs of America’s largest companies earned 42 times the average worker; today that ration is 531 to 1 – an increase of over 1200 percent! Moreover, the incomes of the highest earners in the U.S. (those earning over $50 million a year) increased fivefold between 2008 and 2009 in the height of the recession.
This increasing disparity has not come by accident. Two noted political scientists, Jacob Hacker of Yale, and Paul Pierson of Cal-Berkley, have studied this trend and documented their findings in a new book, Winner Take All Politics: How Washington Made the Rich Richer – and Turned Its back on the Middle Class. Contrary to popular belief, these scholars have concluded that this increasing disparity between the haves and have-nots is not primarily a result of either technology or globalization, but rather due to a pattern of U.S. government policy changes that have continually favored the wealthiest 5-10% of the population.
So for instance, earlier this year The Supreme Court ruled in the “Citizens United“case that the government can not place any limits on the amount of money corporations can give to political campaigns. In 2009 when the Health Care Reform bill was being debated, according to Open Secret.org, the health care lobby spent a combined $545 million is influencing legislation – the highest in its history. And now we find the Congress embroiled in a debate that appears to pit the tax cuts for the wealthy against benefits for the unemployed. According to Hacker and Pierson such a pattern is not something that has just occurred in the last year, but has increasingly developed over the last 30 years (if you do the math that means since Ronald Reagan became president and shifted the tide in that direction). 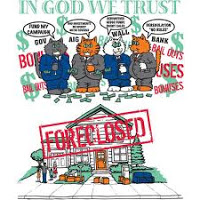 As much as I appreciate the beneficence of people like Warren Buffett, and the philanthropy of wealthy Americans like Bill Gates, I don’t think the policy change will come from the top. The rich will not have a massive conversion to equity economics. Don’t get me wrong, I am not bashing wealthy Americans; I come from that stock and literally some of my friends and family are in this group. However, as Frederick Douglass said over 150 years ago “Power concedes nothing without a demand. It never did and it never will” (1857). Change will only happen when folks get together and demand a redistribution of the wealth: the poor, the working class, the unemployed, the white, the black, the Hispanic, the Asian, the native American – all those who have been shortchanged in the process of wealth redistribution over the last 30 years.
I was fortunate to have come of age during the Civil Rights movement and the Vietnam War. I participated in the Clamshell Alliance that stopped the construction of an additional nuclear power plan in Seabrook, New Hampshire. I have participated in many other actions since those early days with more modest success. I have seen what can happen when people get organized, get focused and get busy demanding that justice be done. I am not sure where or how such a movement will emerge, but there are rumblings all over the place. I felt that rumbling in a big way at the U.S. Social Forum  last summer in Detroit, where 15,000 activists gathered to envision a more democratic future.
I am reminded of the famous line from the 1976 movie Network,  where newscaster Howard Beale urged his listeners to go to their windows and shout: I AM MAD AS HELL AND I’M NOT GOING TO TAKE IT ANY MORE !” Plutocracy must go, true democracy, a democracy of the grassroots, must come. Folks must get together and demand equity and justice for all. This cruel foolishness must end before the whole system collapses, and more suffer than already are.