What Would My Father Think? 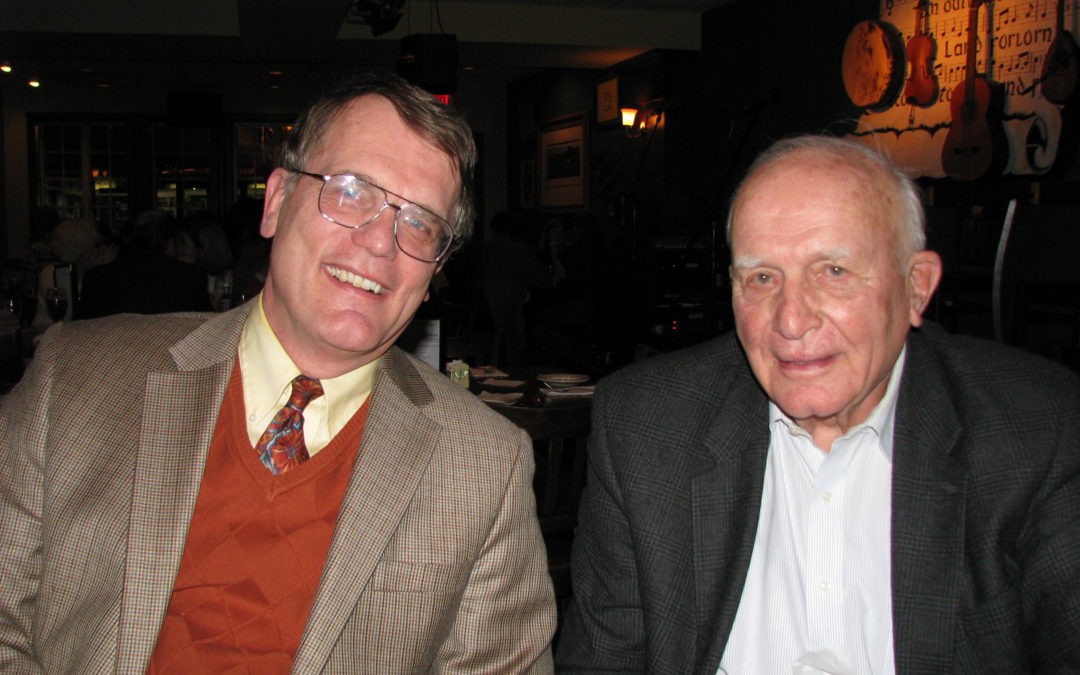 My father, who was a lifelong Republican died in May 2016. He loved Ronald Reagan when he was a president; his home was sprinkled with books and other Reagan paraphernalia. He also donated a significant amount of money to the Young America Foundation, a conservative youth movement within the Republican Party. Dad was a businessman and his allegiance to the GOP largely had to do with its pro-business stance. On social issues such as abortion and gay marriage, he was more of a moderate. Back in the day when there was such a thing as a moderate Republican and he would have been in that category.

When I was growing up in the era of Civil Rights and the Vietnam War, Dad and I had many conversations about current events. We rarely agreed on the issues — which ranged from the war to racism to the role of business in foreign countries like Mexico and South Africa — but we always debated respectfully. We argued our positions passionately and though we had differing perspectives,  I always felt respected by him, even though I knew my more progressive views bothered him.

Over the past four years, I often wondered what my father would have thought of Donald Trump. As a pro-business Republican, I would guess Dad would have liked things like the Trump tax cut and his plans to bring manufacturing back to the U.S. However, my father was not crass. He did not berate or demean those with whom he disagreed. And I think within his business-oriented, pro-capitalist worldview, he was basically a moral and ethical individual who valued honest hard work. He might have voted for Donald Trump in 2016, but I have to believe Trump’s arrogant dehumanizing vulgarity and his unwillingness to think beyond his own self-interest would have turned my father off.

Over the past weeks since the November 3rd election, many lifelong Republicans have either lost their mind or their integrity or both. Their crusade to overturn a free and fair election has been nothing short of ludicrous, pathetic, and outrageous. I would expect as much from Donald Trump and Rudy Giuliani, but the 19 state attorneys general and 126 Congressional representatives who took a meaningless case to the Supreme Court, both enrages and baffles me. Moreover, even before the election, some Republicans seemed hell-bent on doing anything they could to steal the election from putting out fake ballot boxes in California to threatening vote counters and berating governors who would not overturn an election that went Biden’s way. I even heard electors who had to ask for a police escort when they went to cast their votes this past Monday.

And as a result polls show that upwards of 70% of registered Republicans think that somehow the election was stolen from Trump even though Trump’s Director of Cybersecurity said this was the safest election in U.S. history; of course he was fired the day after he said that. Apparently, for many Republicans, their party has become a gang of Trump-worshippers who not only reject President-elect Biden, but also the very democratic process that elected him.

I cannot believe my father would stand for this. As former Justice official under Presidents Reagan and Bush, Murray Dickman wrote “Republicans, we’re better than this. He goes on: “What has become of my party. After a career spent in Pennsylvania and national politics as a Republican, I’m disappointed to see some Republicans’ behavior in the aftermath of the election.” I think my father would agree.

In one sense I could care less what happens to the Republican party, but it deeply concerns me that Republicans have fallen into some strange absurdity following a man who is a sociopathic narcissist of the highest order. That can only spell doom for those who follow this Pied Piper over the cliff. On the other hand, these last several weeks have shown that there is a basic set of ethics and morality upon which U.S. democracy rests. When those ethics are spurned and morals degraded, democracy is threatened. My hope is that the Democratic party will not follow suit and take on the same tactics. I still hold to what Michelle Obama said four years ago: “When they go low, we go high.”

I have to believe that my father would have responded to the outcomes of the election up and down the ballot, some of which his party won and others that they lost, with the kind of respect and equanimity he granted me in our many after-dinner political debates when I was growing up. Those seem to be values that the current Republican leadership has trashed and rejected. While I wish my Dad were here so I could hear his reaction, on the other hand, I am glad he did not live long enough to see the country, party, and democracy he loved be debased as it has been over the past four years. Rest in peace, Dad.