The Temptation of Trump for White Folks 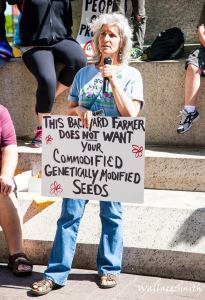 Since November 8, I have found myself in a strange position of benefiting from something I despise. Like many of my acquaintances, my spirits have been depressed by the election of Donald Trump as our next president at a level I have never felt before. In my very first chance to vote in a presidential election in 1972 I pulled the lever for George McGovern and got Richard Nixon instead. In 1980 I voted for John Anderson only to see Ronald Reagan elected. In both those elections I was deeply disturbed by the direction the country took, and in both cases my worst fears were far exceeded. However, the impact of those contests pale in contrast to my concerns and fears at the election of Donald Trump. While the hope Obama ran on fell way short, the election of Donald Trump portends a return to misogyny, isolationism, bigotry, and xenophobia on a level that takes us back 50-100 years.

And yet … I stand to benefit personally by his election. The modest stock portfolio I have managed to save mostly through retirement funds and IRAs has greatly increased over the last two months. If Trump is true to his promise to cut taxes, I will benefit given the percentile I am in. Moreover, being White means that people who look like me can find a “tribe” to belong to – according to Alt-Right – which is “back in charge.” The “law and order” he promises to bring will “protect” me, while targeting those he sees as a threat to “my safety”; the other, “them.” While Trump stands for everything I despise and belittles everything I value, I nonetheless stand to benefit. As a person who seeks to be a white ally to the oppressed and to people of color, this places me in a compromising position.

Given the benefits that will come to me at the expense of the poor, people of color, the immigrant, the religious minority and the LGBT community, it would be very easy for me to remain silent. I don’t have to support what the Trump administration; I can just quietly oppose it and keep my benefits too. This is the temptation that Trump presents for many white and middle class folks like me. We can despise him in private but remain publicly silent.

Recently a colleague sent me an article on “The Violence of White Silence.” In the article Kim Redigan, a high school teacher in Detroit, describes her ongoing struggle to live with the discomfort of speaking up against racism when she would rather remain silent. Redigan describes her desire to remain silent about racism as a “dis-ease” that issues from the “shame, the sadness, the confusion, the wanting to get it right but not knowing how and most of all, the inner knowledge that delusion and denial and cowardice and a resistance to vulnerability are at the heart” of wanting to remain silent. For people of color confronting racism in personal interactions and institutional policies is a daily reality; for whites confronting that same racism is a daily choice, a choice we can ignore,deny or choose to make,

In this era, when hate speech and denial of people’s oppressive reality are on daily display in the halls of power, we white folks who know better and have the opportunity to speak up and show up, and need to do so. Recently, in a conversation Rev. Gregory Holston, the new Executive Director of POWER Philadelphia said that the test of a white ally is “when people of color ask, will you come?” 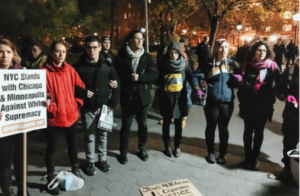 Will we lend our bodies, our minds and our mouths to efforts to resist the powers that be that seek to demean and exclude people of color and the poor? Will we give our money, our time, and energy while possibly losing the respect within our predominantly white networks to work and advocate for fairness and equity for all, especially those not privileged like us?

In Philadelphia that takes very concrete forms. Right now, the New Sanctuary Movement is training folks to be part of a rapid response contingent in the event of an ICE raid against undocumented immigrants in
our Sanctuary City. On January 16 POWER and several other faith-based, labor and activist groups are coming together to plan a march that will draw on Dr. King’s legacy of speaking truth to power. In the Education team of which I am part, it means seeking to persuade legislators and fellow white citizens outside of the urban areas to finally pass a bill that fairly funds all public schools in the state, and not just a few. For others, it means advocating for returning citizens, the unemployed, the disabled and those in need of adequate healthcare. It means continuing to work toward reducing violence in our communities and limiting the number of guns in those communities. For still others it means standing in solidarity with the indigenous peoples of Standing Rock, or choosing to reach out across the divide of different religious beliefs.  It means reaching out, speaking up and showing up, not remaining silent.

For middle class white folks in particular, the temptation to remain silent is strong. As Kim Redigan says: “Those of us who are white have been swimming all our lives in an ocean of white supremacy that is so pervasive, so omnipresent, so deep that we don’t even know we are wet. But that is no excuse.” Because we know better, we can do better. We don’t have to be spectators, we can be actors in big and small ways when it might be easier to look the other way and remain silent. 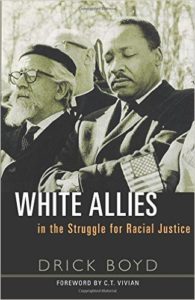