The Power Elite (Books That Have Shaped Me #2) 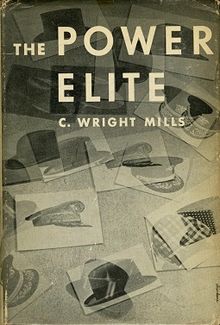 Live for a while in the books you love. Learn from them what is worth learning, but above all love them. This love will be returned to you a thousand times.Whatever your life may become, these books — of this I am certain — will weave through the web of your unfolding. (Rilke, 1903 – Letters to a Young Poet)

In the fall of 1971 I entered college at Duke University in Durham, North Carolina. Going to Duke was a cross-cultural experience for this boy from the Upper Midwest. Signs of the tensions remaining from the Civil Rights movement were everywhere: segregated neighborhoods, anti- busing campaigns, and KKK rallies just off campus. At the same time I was overwhelmed at the number of statues and monuments paying homage to the Confederacy all over the city. In these and other ways the racism and racial segregation, past and present, were clearly evident.

At the same time, I was also dealing with the possibility of being drafted to go fight in an unpopular Vietnam War and  facing the prospect of having to choose what I would do if I received a low number in the draft lottery. All of this was going on around me even as I came to terms with living on my own over 1000 miles and a time zone away from home. 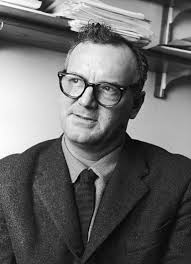 While I was adjusting to a new culture in a new place, I also was being introduced to a new world of ideas. During that first semester I took a course entitled “Introduction to Sociology” in which we read a book entitled The Power Elite by sociologist C. Wright Mills. In this book Mills puts forth the proposition that U.S. society is dominated by a small group of individuals who hold the vast amount of power and that they reside in three realms of society: corporations, the military and politics. Moreover, Mills asserts that the power brokers in these three realms move seamlessly from one realm to the other. Leaders in the military move into corporate and political power positions, while corporate leaders go into politics and rub shoulders with military leaders, and political leaders  go to work for corporations and become servants of the military. In other words these three power circles are like a power trinity where each one is intimately connected to the other. And while this “power elite” operates in its self-interest, Mills contends that the rest of us in U.S. society are basically powerless to do anything about it.

Mills published The Power Elite in 1956. By the time I read the book it had been out 15 years. During those 15 years the Civil Rights Movement had experienced tremendous gains in securing rights and breaking down barriers for African Americans. Thousands of students were marching in the streets against the Vietnam War and turning public opinion against the war. Pres. Johnson had initiated the War on Poverty and low income people were getting assistance like they never had before. The Women’s Movement was heating up and women were demanding equal treatment, equal pay and the passage of an Equal Rights Amendment to the U.S. Constitution. The Environmental Movement  had emerged in 1970 with first Earth Day. It was a time of endless ferment and significant changes were taking place in several sectors of U.S. Society.

And here was C.Wright Mills saying there is a small circle of power brokers wielding the majority of power and implying that  all the marching, chanting and calls for change really did not amount to much. At first I had a hard time believing what Mills was saying. I had grown up believing the American myth that anyone could get ahead if they just worked hard enough. My teachers, parents, and pastor all led me to believe that the United States was a country where freedom and democracy reigned. Like many young Americans, I believed that as citizens in a free democracy, we had the power to change society.

I still believe that, but Mills helped me see that just like there were thousands of young people marching in the streets for various causes, there were also a group of wealthy and powerful individuals who have a vested interest in society remain just as it is. There is an elite group of people who benefit by our oversized military budget and by income inequality. There are a group of corporate executives who spend a great deal of time and money convincing government leaders that environmental and safety regulations are “bad for business” and “bad for the economy.” There are a powerful group of people who do not want women to have income equality or urban racial minorities to get an education comparable to their wealthy white suburban counterparts. There are business executives who are heavily invested in the production of bombs, planes, drones and other military equipment and who therefore profit mightily from war. And on it goes. Mills helped me see that there are people who believe in democracy, equality and freedom only so far as it does not cut into their bottom line and their ability to control social, economic and political decisions.

What The Power Elite helped me see, is that social change involves one in a battle for control of the ways in which our society distributes resources, gives access to decision-making power, practices equality, and grants freedom. While Mills focused on three realms (politics, the military and business), today I think we would add the Media (with its clearly politically slanted channels like Fox News and MSNBC) and celebrities (where people like Ronald Reagan, Arnold Schwarzenegger, and Donald Trump have been elected to  high office). Moreover, this power elite may use a particular political party but is ultimately only concerned about what serves their self-interest.

When I first read The Power Elite, I was politically naive and so did not fully appreciate the depth of what Mills was saying. However as I have worked on social justice issues over the last 40+ years, I have been reminded again and again that on the other side of any issue is a group of powerful individuals and organizations whose goals are to thwart whatever changes we are working to bring about. We are in a battle with a formidable opponent, a power elite, and so we must committed to working for justice over the long haul.