The Politics of Easter 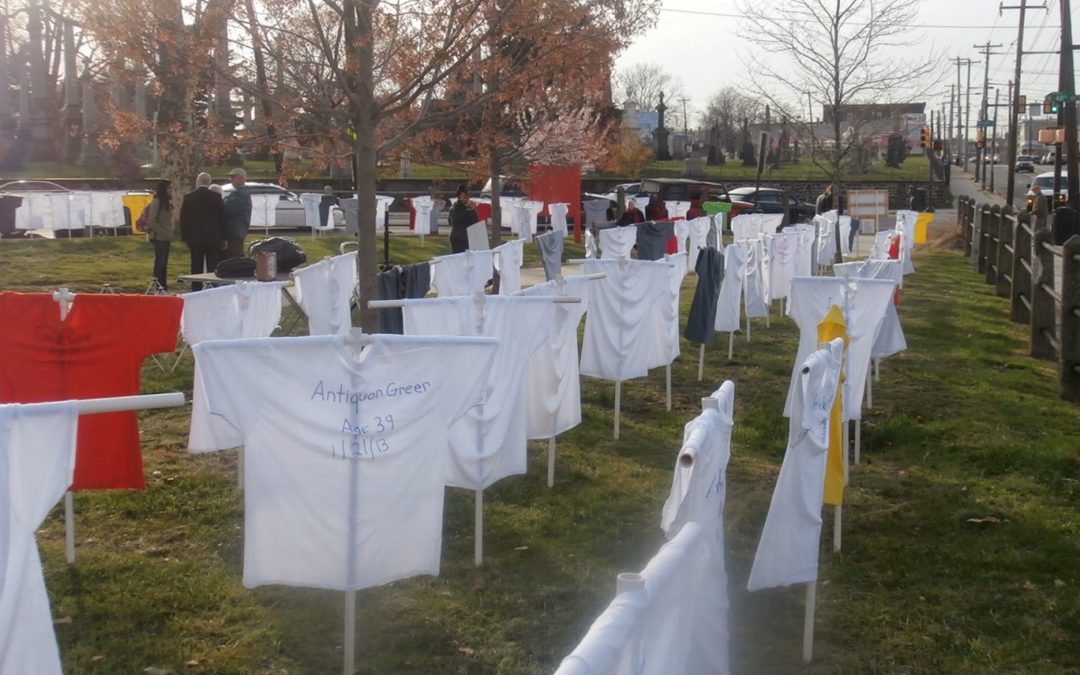 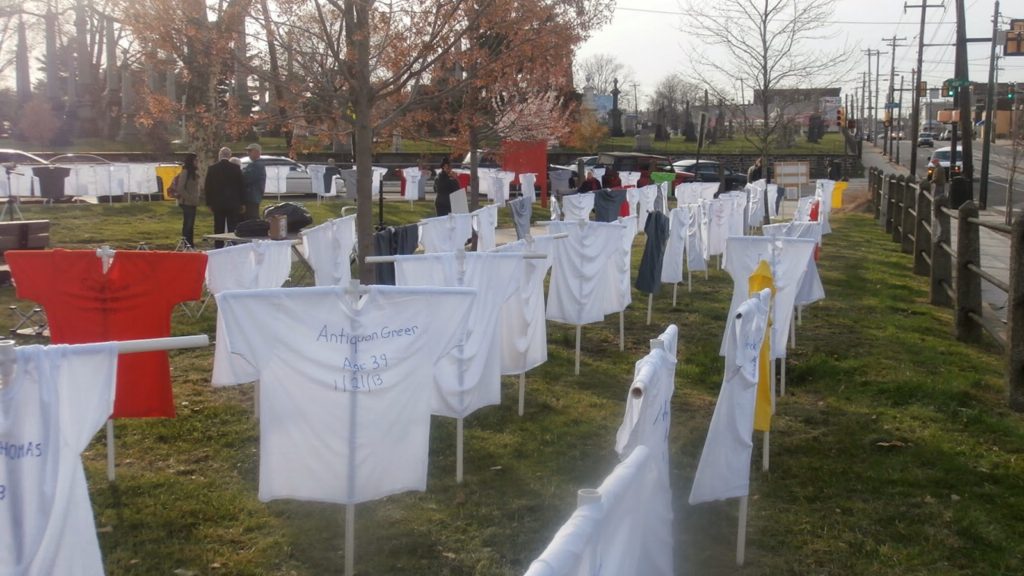 On Good Friday for the last five years I have attended an ecumenical service/witness against gun violence sponsored by the interfaith gun violence prevention organization Heeding God’s Call. Five years ago, along with 11 others, I participated in a civil disobedience action against a gun shop known to be a major source of illegal guns used in crime. Starting that year Heeding God’s Call began holding Good Friday services that not only included Christians but also Muslims and Jews remembering the violent death of Jesus and linking it to the senselessness of gun violence in our city and country. This year the service was held in a park in West Philadelphia and 221 t-shirts draped on crosses were displayed representing the 221 victims of gun violence in Philadelphia during 2013. It was both a sad and moving spectacle.
Linking Good Friday with gun violence reminds me of the inherently political nature of the Good Friday-Easter celebration. While most churches emphasize the salvific nature of Jesus’ death on the cross, I have come to increasingly appreciate the way in which his death represents and binds him to the oppressed and suffering of the world. I am reminded that religio-political power structure of Jesus’ day (for there was no such thing as the separation of government from religion) sought to silence and marginalize him.  When that didn’t work they took to discrediting him, then threatening him and finally setting in motion the process that led to his death.  This year as I read the Gospel of Matthew’s account of the last days of Jesus life, I could not help but be struck by the way Jesus was regarded and treated by the power structures of his day….and how similar it was to what happens in our day.
As we look around the world at despotic governments being challenged by movements for change in Syria, Ukraine, Egypt, Tunisia and elsewhere, we see similar patterns meant to immobilize would-be challenges to economic and political power. As we look at the machinations of the National Rifle Association and other pro-gun organizations, we see their manipulation of the facts, and the use of their vast resources to intimidate political leaders into silence. They dismiss gun violence prevention advocates as naïve, unpatriotic and unrealistic, in ways remarkably similar to the way the Pharisees sought to marginalize and discredit Jesus.
Yet, there is even a more personal, political dimension to this special day. The Brazilian educator and liberation thinker Paulo Freire said that people of privilege who seek to be aligned with the oppressed had to go thru what he called an “Easter experience” in order to be in true solidarity with the poor. Of this experience he wrote:
“Such an [Easter experience] implies a renunciation of myths that are dear to them: the myth of superiority, of their purity of soul, of their virtues, their wisdom, the myth that save the poor, the myth of the neutrality of the church, of theology of education, science, technology, the myth of their own impartiality. … This Easter, which results in the changing of consciousness, must be existentially experienced. The real Easter is not commemorative rhetoric. It is praxis; it is historical involvement.” (Politics of Education, p. 123).
The real Easter is praxis, historical involvement. The real Easter does not allow one to be removed from the struggles of history. The real Easter calls us to a choice to join with those who struggle.

As I listened to mothers and fathers at the Good Friday service share their grief at the loss of their children to gun violence, I was struck by the profound meaning of the cross that was challenging me to the side of the suffering and the oppressed. At the same time they shared their commitment to rid the streets of guns and to save other parents from the suffering they themselves must endure. The oppressed know Jesus because he shares their sorrow and struggle and if I am to know Jesus in any real way I must choose to join them. I must let go of my “myths“ of invincibility, of transcendence, of exceptionalism. Their pain must become my pain, their sorrow my sorrow, their struggle my struggle. I have to make a choice.
So I have come through this Good Friday-Easter commemoration with a renewed commitment to transformation and renunciation of privilege, and a desire to join those who know Jesus’ suffering because they suffer with him. However at the same time they know the resurrection of Jesus, because despite great tragedy and struggle they have a fire in their bones for change; like the women at the tomb they long to see a resurrection of hope in their community. I too want that fire; I too want a resurrection of hope; but to do so, I must make a choice. I must undergo an Easter experience again… and again… and again. 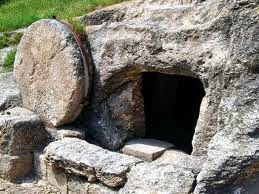