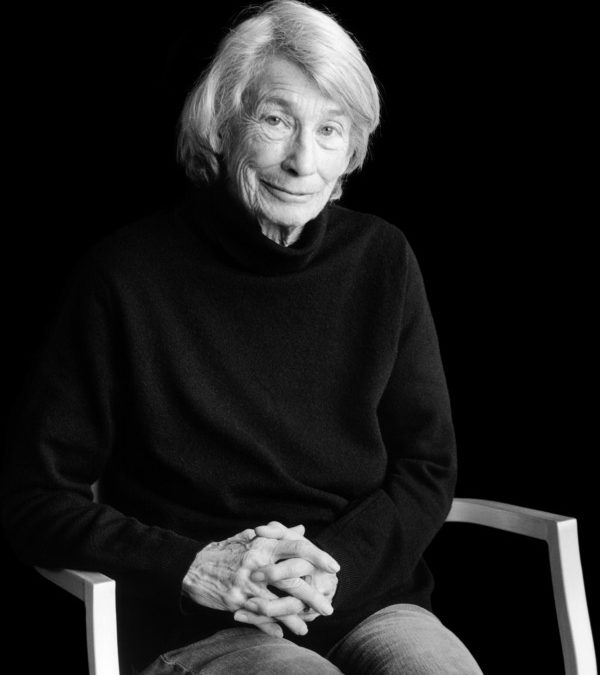 I want to pay tribute to the poet Mary Oliver, who died this last Thursday (January 17, 2019) at the age of 83. However, words do not do justice to her life or work, even though her life and work were best known  in words, her words of poetry.

I had not heard of her or read any of Mary Oliver’s poetry until about five years ago. I came upon her almost by accident. I heard an interview with Krista Tippet on the radio program “On Being,” and shortly after that listened to a sermon in which the preacher ended with one of her more well-known poems, “Wild Geese.” Then a friend gave me one of her poetry collections, so I started reading her. At first, I was not particularly moved or inspired, and didn’t understand  what the big fuss about Mary Oliver was. But the more I read, the more I realized she was an astute observer of the simple things in life: walking through the marshes around Black Pond on Cape Cod, her love for her dog Percy, her observation of flowers, animals, clouds, trees, and roses in the garden. And while at one level she was just observing these things in a whimsical way, in another way she was telling us, or at least inviting me to pay attention to the song of life that is all around me, around us. Today, I have five of her books including her most recent collection Devotions, and I read one poem a day from one of those books.

Instead of trying to use my words to pay tribute, I want to simply share a few of hers.

From “Wild Geese” (1986) speaking of our basic longing to love and be loved, she writes:

You don’t have to be good.

You do not have to walk on your knees

for a hundred miles through the desert repenting.

You only have to let the soft animal of your body love what it loves.

Tell me about your despair, and I will tell you mine.

Meanwhile the world goes on.

Meanwhile the wild geese , high in the clean blue air,

Whoever you are, no matter how lonely,

the world offers itself to your imagination,

calls to you like the wild geese, harsh and exciting —

over and over announcing your place in the family of things.

In “the World I Live In” (2015) she shares how she sought to live her life in a humble and quiet way:

I have refused to live

locked in the orderly house of

of reasons and proofs.

The world I live in and believe in

is wider than that. And anyway

You wouldn’t believe what once or

twice I have seen. I’ll just

only if there are angels in your head, will you

ever, possibly, see one.

While she has often be characterized (unfairly I think) as a “nature poet”, she did not often comment on political or social issues. For that reason, I find her poem “Of the Empire” (2008) most compelling. These prophetic words challenge us to consider our nation’s place in the world.

We will be known as a culture that feared death

and adored power, that tried to vanquish insecurity

for the few and cared little for penury of the

many. We will be known as a culture that taught

and rewarded the amassing of things, that spoke

little if at all about the quality of life for

people (other people), for dogs, for rivers. All

the world, in our eyes, they will say, was a

commodity. And they will say that this structure

was held together politically, which it was, and

they will say also that our politics was no more

than an apparatus to accommodate the feelings of

was small, and hard and full of meanness.

However, more often than these direct words, Oliver’s poems invite us to stop and consider how we are living our lives. In “I Am Among the Trees” (2006) she shares:

Around me the trees stir in their leaves

and call out “Stay a while.”

The light flows from their branches.

And they call again, “It’s simple,” they say,

and you too have come

into the world to do this, to go easy, to be filled

with light, and to shine

Thank you, Mary Oliver, you have shined in my life and in the lives of many others, and will continue to do so. Your words, your vision, your song continues to sing over us, even as we bid you goodbye.

NOTE: For a fuller picture of Mary Oliver’s life and work go to https://www.nytimes.com/2019/01/17/obituaries/mary-oliver-dead.html?smid=nytcore-ipad-share&smprod=nytcore-ipad.