Talking with White Folks About Race: Start with Yourself

This is the first in a series of postings where I share some thoughts on how to talk with the whites in our families, workplaces, organizations and social networks about the difficult topic of race. I don’t claim to be an “expert” on the topic, but rather am one simply sharing what I have learned over the years. As such I hope that this and other postings can provide some helpful guidance and meaningful dialogue both on and offline.

It was a few days after President Trump has made his statement that there was “blame on all sides” in the confrontations in Charlottesville, followed by further controversy when he reiterated the same sentiment in a news conference a couple days later. I was watching a white  female news anchor interviewing a white male Congressperson about the events in Charlottesville. She asked the Congressman, “Do you think President Trump is a racist?” The Congressman talked about things the president said and did, but did not answer the question. So the news anchor pressed him again: “Do you think Donald Trump is a racist?” He demurred, she pressed, he demurred, she pressed, and back and forth it went. 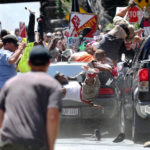 Underlying that question were two assumptions. First, the reporter assumed that there are a discrete set of behaviors that identify one as a racist, and second the tenor of the question and tone of her voice implied that neither she nor the Congressman were racist, and therefore had some sort of moral authority to determine who is or isn’t racist. While I am in no way defending what Donald Trump did or didn’t say, nor am diminishing in any way the horror and moral depravity of the white supremacists and neo-Nazis who marched on Charlottesville, but I do think the reporter’s underlying assumptions are misguided. 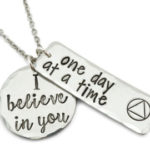 Whenever I speak about racism or begin a class session where race and racism are the topic, I always start by identifying myself as a recovering racist. I talk about how I was born and raised in an all-white community where I was directly and indirectly socialized to believe that I had  a higher and better nature than the black and brown folks I saw on the television news. Like a baby born to a drug addicted mother, I was literally born into a society based on white power and privilege, and I had no choice as a young child but to absorb the racism in my environment. I go on to explain what I mean by recovering racist. A person who goes  through a 12 step program never says they are a “recovered addict;” they say they are a “recovering addict”, because every day of their lives they must make the choice to not go back to their former way of life and make choices that direct their life in a healthier and more productive direction. In the same way,  as a white person who grew up in an environment of white privilege and power, I have dedicated my life to recovering from my racist upbringing, and therefore have no moral right to pronounce myself as somehow beyond the reach of racism’s influence.

In my view a large part of the difficulty in thinking and talking about racism, is we don’t realize how pervasive racism operates in our society. We associate the word “racism” with the worst of what we see in events like Charlottesville, and understandably don’t want to be associated with that kind of behavior in any way. However, racism is far more complex and subtle than that. Let me try to explain.

When most folks think of racism, they think of overt actions and language associated with racism. However, the overt expression of racism that we saw in Charlottesville is only the visible tip of the iceberg. This sort of interpersonal racism often takes much subtler forms in our attitudes, and statements to people of color that are called micro-aggressions. We may try to hide our prejudice, or we may not even be aware of our prejudices, but the those around us can pick up our fear, distrust or discomfort. At times things we say or ways we act in relation to people of color betray our own prejudices and others pick them up. This is interpersonal racism.

However, racism is not just inter-personal, it is also systemic and institutionalized. Political and business decisions were and are made, laws are passed, and practices are  institutionalized that provide resources and access to white people in ways not available or much more difficult to obtain for persons of color. When those decisions, laws, and practices get established, the memory of how they came to be may be lost, but their effects continue. Numerous examples  of systematized racism abound in education, health care, housing patterns, employment opportunities, banking practices, law enforcement, the courts, faith communities and so much more. Those who are white do not face these barriers, and can easily assume that what is available to them is available to all, but that’s not the truth. Whites can easily assume that if someone does not succeed in education or employment or in their interactions with the law, it must due to individual failure or irresponsibility. That is what the system is designed to lead us to believe, and if we are not thinking critically, we uncritically buy into the system’s lie.

Systemic racism then leads to a third dimension of racism which is intra-personal; the racism in the systems and institutions around us breed a racism within us.  When we live and work within systems that tell us that we must work hard in order to succeed, we can develop negative attitudes and feelings about those who don’t “succeed”; we can assume their failure to rise to our level must be “their fault.” As children we can absorb the idea that certain people who live in certain neighborhoods must be different or even dangerous, and therefore should be avoided. When we become adults, those biases,  attitudes and fears stay with us, and may only appear when we are in racially and culturally diverse situations. We may have enough self-control to not say anything, but those thoughts and feelings are there. That is what I mean by intra-personal racism – the racism within us that we may not be fully conscious of, but guides our thoughts, shapes our feelings, and distorts our worldview in a racially discriminatory manner.

Before we can presume to talk to someone else about their racial prejudices and biases, we need to take account of our own. We need to become aware of the way the systems that shaped us and still impact us haveinfluenced our thinking and attitudes. The communities in which we were raised, the schools we attended, the media we watched, the experiences we had, the things we were taught to do and not do and much more has shaped both our interpersonal behavior and intrapersonal attitudes and feelings. Moreover, even in the present we are still being influenced and we need to be critically aware of that. Who are the people we can call “friends?” What are the media sources we rely on? What are the groups or organizations of which we are a part? How do we spend our time and money? What is the nature of our work? Seen through a racial lens how are we doing in changing our lives in a more anti-racist ways? 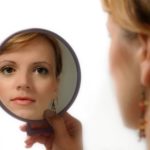 Woman looking in to the mirror

Now I am not suggesting we have to get all our “stuff” together about race and racism before we can talk with others, because if we wait for that to happen, we will never talk to anyone. What I am suggesting is that we always remain aware of our own struggles with racism and journey toward a more anti-racist, inclusive way of life. I am suggesting that awareness of our own struggles with racism can keep us humble when we talk with others. Marching in a demonstration, joining a group, making a friend, reading a book, or writing a blog are all good things, but they do not give us a right to denounce others. We may denounce and critique someone’s actions or words, but we are not morally superior to them as persons.

Charlottesville, Ferguson, Dallas, and countless other horrific  racially- charged events shock us, but they are the natural result of not facing the racism in ourselves, our systems, and our society at large. Our unwillingness to deal with our micro-aggressions, face our inner attitudes, and challenge our systems allow such things to happen. We are part of the solution these things, but we are also part of the problem. In talking with whites about race, we are not there to “set them straight” or “teach them a lesson” or “give them a piece of our minds;” we are inviting them to join  us in a struggle which is both arduous and long, but which they don’t have to travel alone.

If we want to talk with white folks race and racism, we need to start with ourselves. 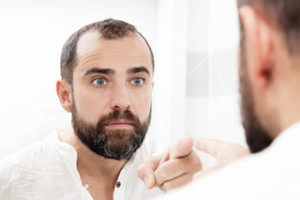