Taking Us Back to The Real Past

One of the benefits of being a university professor is that often I get to pose questions to my students that I am asking myself. Unbeknown to them my students become my counselors to my personal queries. This fall I am teaching Race and Ethnic Relations, a course in which we look at the struggles around race and ethnic discrimination, the injustices that discrimination has created, and approaches to addressing those injustices. As you can imagine it is a course that is unfortunately always relevant and tends to leave us with more questions and answers.
The first assignment is to have my students read George Fredrickson’s Racism: A Short History. In the context of reading about the historical origins of racism, I ask my students this question: In what ways should the history of racism be incorporated into our culture’s dominant historical narrative?  My conviction is that history not only tells us where a people has been, but helps us understand that people’s present identity as they try to shape our future. In this country the history of racial and ethnic discrimination is a history we pay lip service to, but a history from which we have not learned some important lessons. It is not that that the history we recite in our schools and in political speeches is untrue, but rather that it is just not the whole truth. 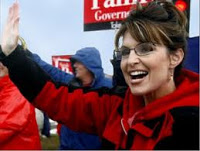 The importance of learning from our history seems quite relevant as conservative Republican and Tea Party candidates says they want to “take back” the country. As I have shared elsewhere in this blog, that statement always makes me want to ask: Take back from whom and to what end? So for a few paragraphs I would like to look back at a few key moments to see what they might teach us about where we are today. 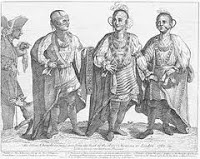 I would start this retelling thousands of years ago, rather on or around 1492 as we usually  learn in school. I would point us to a time when groupings of indigenous peoples inhabited the land we now call North America. Many of them lived lives of basic subsistence, close to the land, and in harmony with their surroundings. Those in the fertile Northeast grew maize and other crops, while those wandering the Great Plains followed the buffalo. There were the Cherokee, a federation of tribes whose form of governance would be reflected in the U.S. Constitution. Some of these indigenous groups were peace-loving while others were war-like. They had practices that seemed barbaric to European minds, but they had also had an ability ot live in harmony with their surroundings. Only when Europeans came with their insatiable need for “growth” and “progress” did the ground go barren and species of buffalo, wolves and other wildlife begin to disappear. As today we reap the consequences of this ecological neglect, grapple with the effects of global warming, and literally see our ecosystem seek to rediscover a balance with hurricanes, floods and other “natural disasters” we could learn something from how our Native American forbears learned to revere the land as they lived on it and off it. 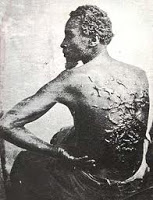 I would then take us back to the 1620’s when the first African slaves were brought to this country in Jamestown, VA. I would recount the brutal way in which  those slaves were treated and their families were arbitrarily split up, and I would have us recall their fierce resistance to this oppression. I would point out that  resistance is a sign of the human spirit that will not allow itself to be silenced. I also would point out that the tremendous economic growth in the South and the North during the early centuries of U.S. history was achieved on the backs of that free slave labor. So when employers today seek to move their operations to places where they can pay employees $8/day and avoid safety and environmental regulations, as is the case many U.S. companies operating in Mexico, and when people on both sides of the border react with violence, resist border  guards and break laws seeking to restrict their free movement into this country, I would remind our leaders that slavery didn’t work then and won’t work now. Moreover I would remind us of the terrible legacy of pain and injustice slavery has left us, from which we have yet to fully recover, and I would ask: Do we really want to do this to ourselves again? 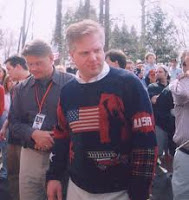 Then I would tell the stories or religious minorities and how they were treated and yet persevered. I would talk about the Know Nothing Party of the mid 1800’s that preached that all Roman Catholics should be driven from this country, and which spearheaded a violent repression of East European and Irish immigrants. I would also talk about Joseph Smith’s Church of Jesus Christ of the Latter Day Saints (more commonly known as the Mormons), and how they were driven from communities by Christian groups in upstate New York and Illinois, and migrated west until they found a place called Utah where they could be left alone. I would talk about their tight communities with a strong emphasis on family has produced great athletes, thinkers and leaders. Then, I would remind Mormons like Glen Beck and Mitt Romney (as well as Christian and Jewish groups who themselves at one time were persecuted) that seeking to denigrate and exclude Muslims from basic freedoms today is  exactly as their ancestors were once unfairly treated. Like these earlier religious groups, Muslims seek a the freedom to worship and live out their religious convictions in harmony with their neighbors, and to deny that is to repeat the injustices of the past.
So I agree, let’s take back the country. Let’s take us back to learn from the past we have hidden from ourselves and from which we refuse to learn.
Let’s not go back to some mythical past that never actually existed, but rather go back to the real past, Let’s  learn that how we are treated the poor, the slave, the immigrant, and the religious minority was a terrible injustice then, and is equally so today. If I was to incorporate the history of racial, ethnic, and religious discrimination into our dominant historical narrative, I would also tell it in such a way that those of us who are the benefactors of these atrocities would be so ashamed of that part of our past, that we would say “never again.” I would want us to continue to honor the accomplishments, but also to reflect on the failures, and learn from both.
The past of Beck, Palin and their Tea Party conservatives is a myth, and a dangerous one at that, because it only serves to blind us from the atrocities we are creating in the name of some history that never existed.
That’s a past I don’t want to relive – so I say let’s go back so we can learn from it.