Selma: Then and Now 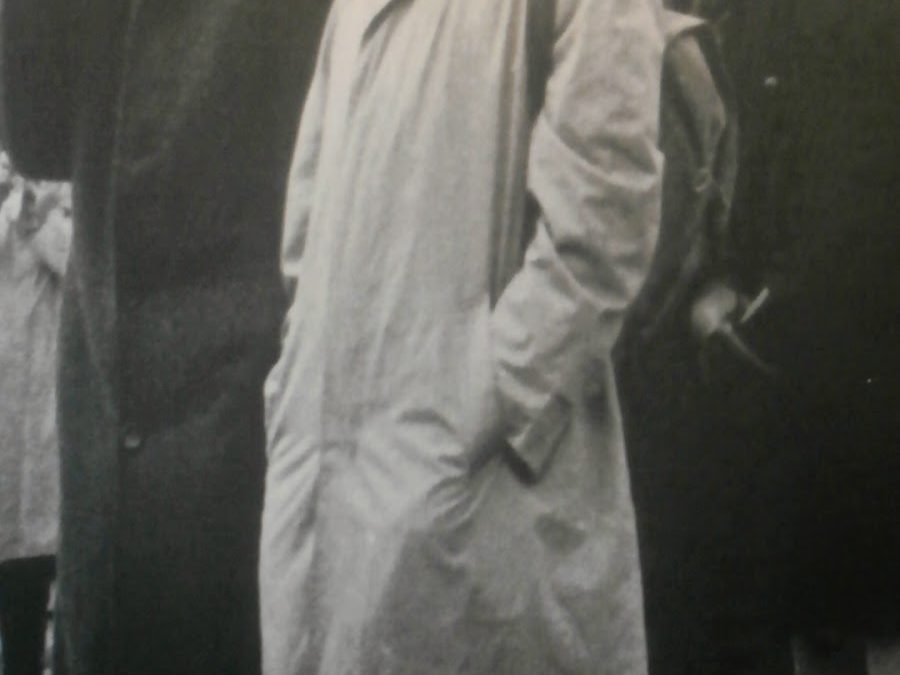 Today (March 7) thousands of people, including several members of Congress and President Obama, have gathered in Selma, Alabama to commemorate the 50th anniversary of the 1965 March from Selma to Montgomery, in which thousands of courageous individuals marched 50 miles demanding Voting Rights for Black people in Alabama. On this day 50 years ago a much younger John Lewis and Bernard Lafayette led a group of about 600 folks lined up two by two over the Edmund Pettis Bridge leading out of Selma. Before they could even cross the bridge, they were met by a phalanx of 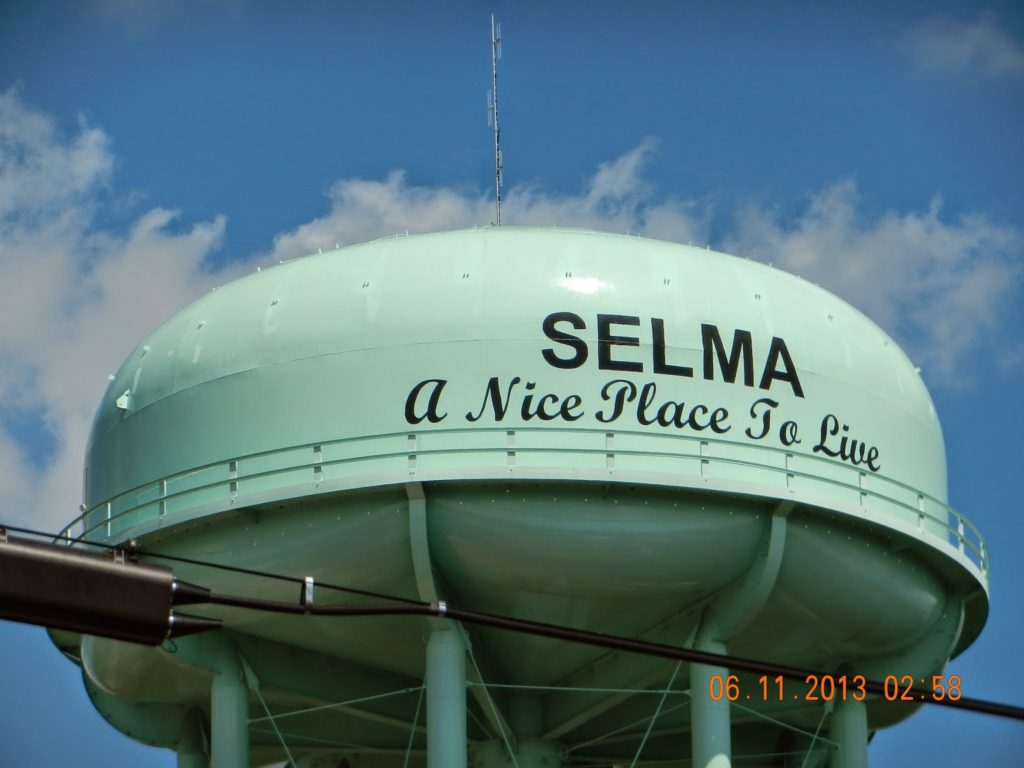 local and state police officers in military gear and on horse backs, who sprayed tear gas and beat them with clubs, literally driving them back over the bridge. The march had been organized after a young man, Jimmie Lee Jackson, was beaten to death by a police officer during a protest for voting rights in a nearby town. That day, which came to called “Bloody Sunday,” brought national attention to Selma. Dr. Martin Luther King, Jr. went on television and called on people from outside the South, particularly clergy, to come to Selma to support their cause, and three weeks later, 8000 people marched over the bridge, and the same police who had beaten folks three weeks earlier, were now ordered by the state and federal governments to protect the marchers on their walk.

While anyone who has seen the recent movie “Selma” knows the outline I just shared, there is so much more to the story, then and now. Eighteen months ago , while on a Civil Rights bus tour led by Dr. Todd Allen, I was in Selma and met Rev. Fredrick Reese, a pastor, school teacher and local organizer, who had been leading marches demanding the right to vote to the Selma City Hall for years before it came to national attention. Our tour through Selma was led Mrs. Joanne Bland, who when she was 14 years old joined hundreds of other young people who march to the court house demanding their parents’ right to vote.

We saw Brown Chapel where people gathered as they prepared to march on Bloody Sunday. We walked over the Edmund Pettis Bridge, drove the 50 miles between Selma and Montgomery, and stood in front of the state capital in Montgomery where Dr. King proclaimed: 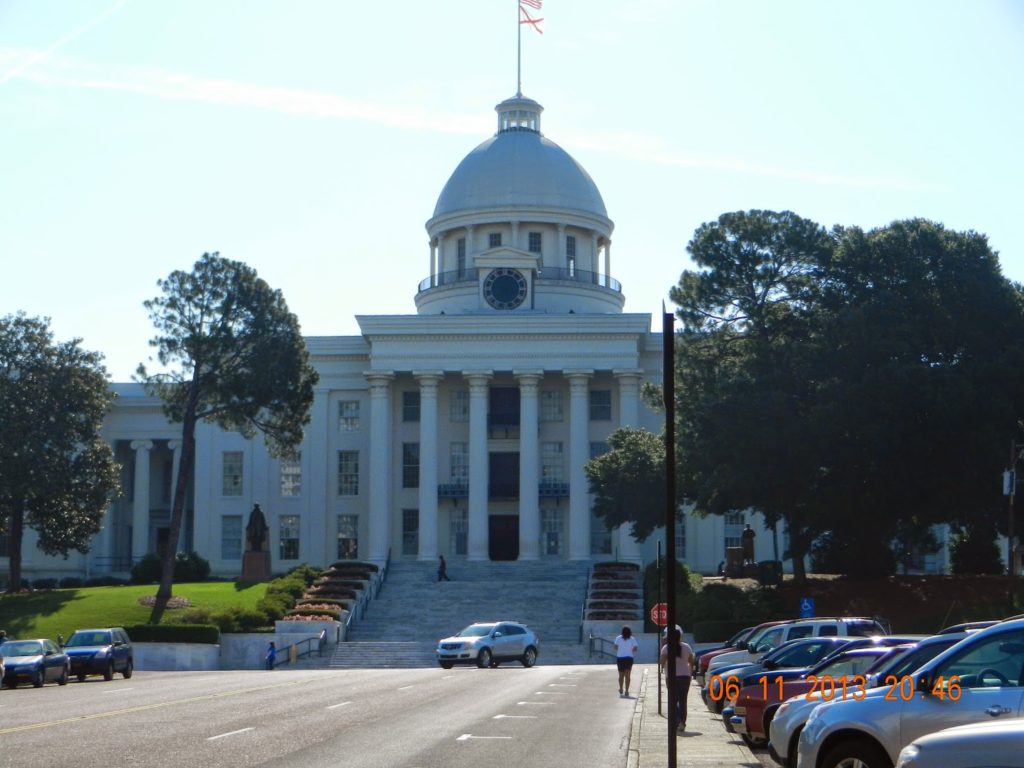 Over the past three years, I have been writing a book (due to be published this fall – title yet to be
determined) telling the stories of White people in U.S. history who worked alongside People of Color

for racial justice. Two of the stories I have written involve Rabbi Abraham Joshua Heschel and Mrs. Viola Liuzzo, two of the hundreds of White people who joined their Black brothers and sisters in Selma. During the evening following King’s stirring Montgomery speech, Viola Liuzzo was killed by members of the KKK as she was driving between Selma and Montgomery after having driven some marchers back to Selma so they could begin their trek home. On our trip to Selma, we also paused at a memorial to Viola Liuzzo, which was erected at the spot where her car was driven off the road and she died. Having spent weeks learning and writing her story, for me pausing at the monument was a moving and solemn moment. 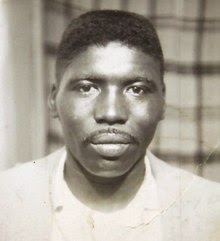 In my research I also reviewed the story of Rev. James Reeb, a Unitarian minister who was beaten by who was beaten by some angry White thugs before the march began. In a recent  New York Times article,  Rev Clark Olsen, who was with James Reeb the night of his death, and who also was beaten but survived, shared his reflections of that night and of the march itself. Rev Olsen struggled for years with “survivor’s guilt, ” but also recognized that racism was even at work in the way the country, and especially President Johnson, responded to Reeb’s death. While the march was precipitated by the death of a Black man, Jimmie Lee Jackson, it took the death of a White man, James Reeb, to get the nation as a whole to act. Following Jackson’s death, there was no national media coverage, but Reeb’s death was front page news, and precipitated marches all over the country and over fifty phone calls to the White House demanding the president act in some way. Shortly after Reeb’s death, President Johnson went before Congress to propose the passing of the Voting Rights Act. In his speech he mentioned Rev. Reeb, but not Mr. Jackson.

Many Black activists today are rightly critical of White activists who use their White privilege to call attention to their efforts to fight racism. Despite the legitimacy of this charge, as a White person at times I have found that privilege is thrust upon me without my consent or knowledge. So too James Reeb; he did not ask for this attention, nor did Viola Liuzzo, but unfortunately it took their deaths to wake White people across the nation to the horrors of racism. Unfortunately, not much has changed in fifty years. The “Black Lives Matter” movement that has emerged following the deaths of Michael Brown and Eric Garner has come about because just as Jimmie Lee Jackson’s death was not valued as much as James Reeb’s, so too the deaths of young Black men today too often don’t spawn the outrage that the death of White folks do.
The march from Selma to Montgomery addressed issues that are still as relevant in 2015 as they were in 1965. Like in Selma, today there are thousands of ordinary people working and marching for racial justice. Like in Selma, today there are public officials who need to be confronted with policies and laws that dehumanize People of Color. Like in Selma, today the media places higher value on White lives than Black lives. Like in Selma, today the struggle continues, as we trust in Dr. King’s vision that “the arc of the moral universe is long, and it bends toward justice.” 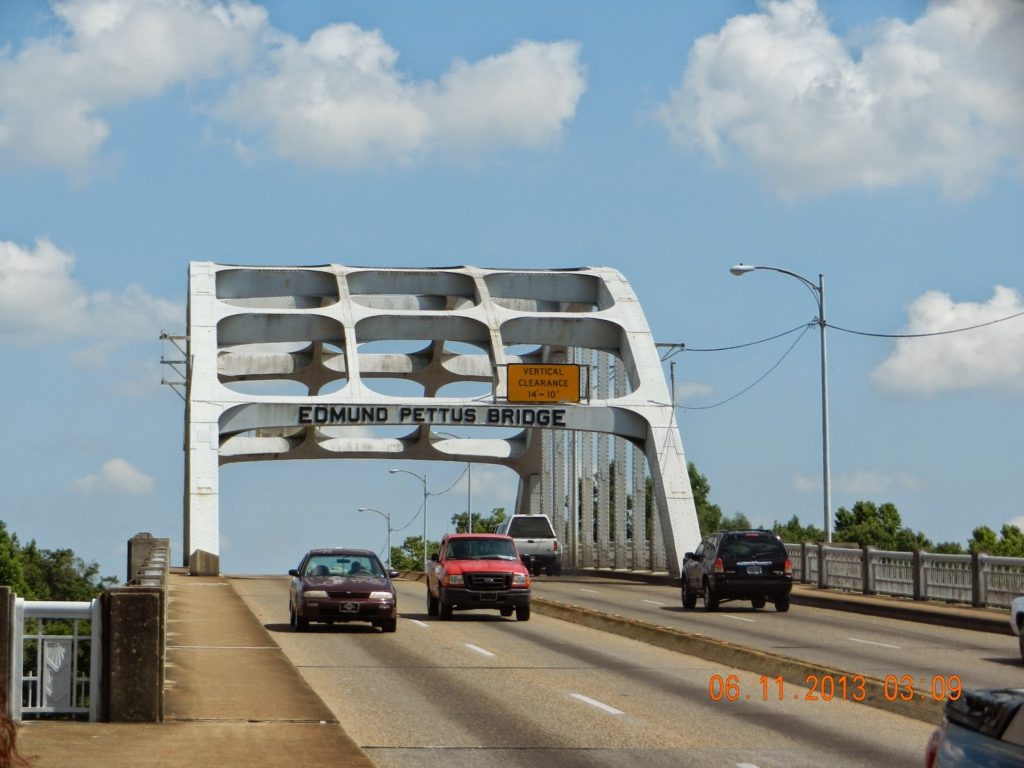 [Photos by the author and from Google images]