Selma Now and Then 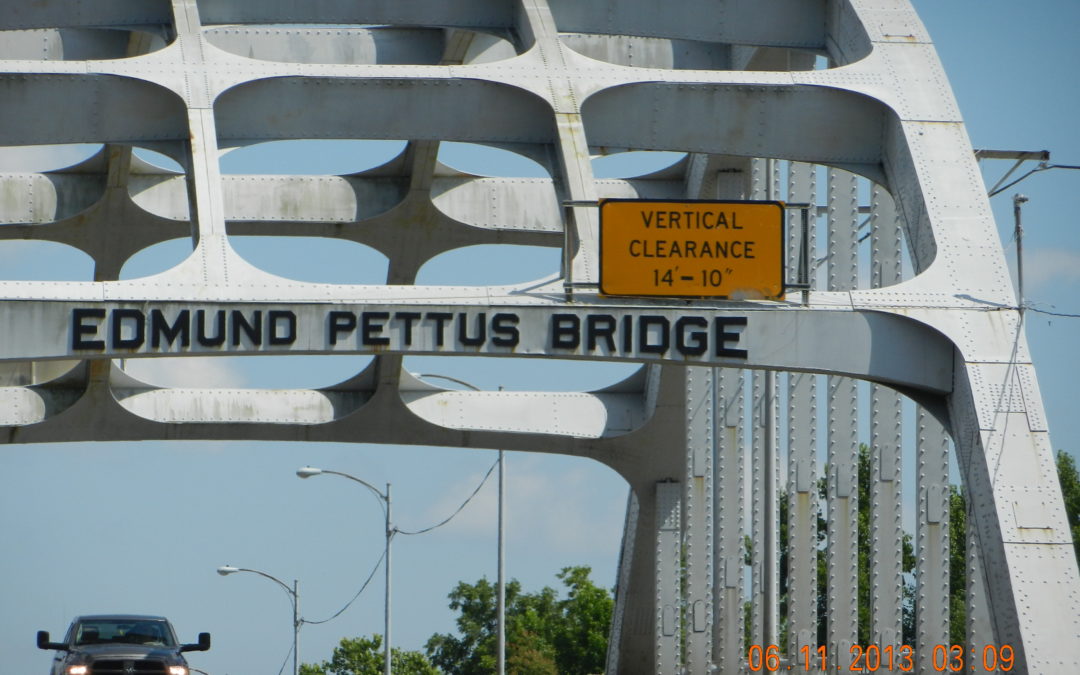 In June 2013 I visited Selma, Alabama as part of a Civil Right Rights bus tour organized by Dr. Todd Allen of Messiah University. Our tour guide on that portion of the trip was Joanne Bland. Joanne was 14 years old when the famous confrontation on the Edmund Pettus bridge occurred and when a group of brave souls headed out of town for a five-day journey in what came to be known as the March from Selma to Montgomery. These iconic events were glamorized in the film Selma, starring David Oleyowo, Common, Carmen Ejogo, Oprah Winfrey and many more. The movie has informed and inspired people around the world about the struggle for civil rights in the mid-1960s. 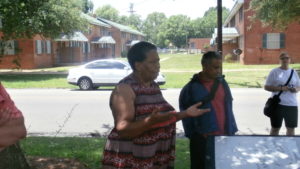 For then-14-year-old Joanne Bland and her friends, 1965 in Selma was the year they learned what it meant to stand up to oppressive racist police officers like Sheriff Jim Clark. As it happened, African-American adults were routinely denied the right to vote by bogus literacy tests when they went to the courthouse to register. Moreover, having sought to register they might find they would lose their jobs or be physically threatened for doing so. So, Joanne and her peers went to the courthouse on their parents’ behalf and demanded they be permitted to vote. When members of the Student Nonviolent Coordinating Committee (SNCC) like John Lewis and the Southern Christian Leadership Conference (SCLC) like James Bevel came to Selma to press the issue of voting rights, Joanne and her peers joined in. 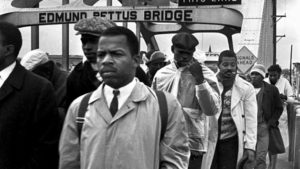 Jim Clark became a living symbol of Southern racism, along with Governor George Wallace, who sent the Alabama State Police to violently and brutally back up Clark’s and his officers. But as history records and the movie dramatically portrayed, eventually the police and State Patrol stood aside as marchers, led by Dr. Martin Luther King, Jr. and John Lewis, crossed the Edmund Pettis Bridge and walked along the highway to Montgomery. President Lyndon Johnson, moved by what he witnessed, proposed and got passed the Voting Rights Bill, and Blacks throughout the South were empowered to vote with the backing of Federal Government.

The original Voting Rights Bill passed in 1965 in response to Selma and required Southern states to get approval from the Federal government before making any changes to local and state voting practices. For over five decades Congress routinely reauthorized this law, thereby protecting the right of all citizens regardless of race or ethnicity, to vote. However, in 2013, the U.S. Supreme Court struck down the Voting Rights Act when Congress did not renew it. Since then, many states throughout the country have sought to suppress the rights of citizens, particularly citizens of color, to vote. This process of suppressing citizens’ right to vote has accelerated since the propagation of Donald Trump’s “Big Lie” claiming he lost the presidency due to voter fraud, a claim that has been repeatedly struck down in over 50 court cases across the country. This week the Senate Democrats sought and failed to pass a change to Senate rules regarding the filibuster, which would have allowed a new Voting Rights bill to pass. When I heard about the Senate vote, I thought of Joanne. Bland. 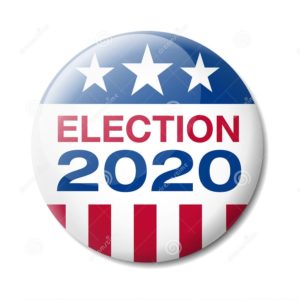 However, lest we think that the only Southern state governments are suppressing the vote, since 2020 my own state of Pennsylvania has made some of the most egregious attempts to suppress the vote. According to Democracy Docket there have been 25 cases filed just in Pennsylvania challenging the 2020 election, and all were dismissed. The Republican-controlled State Senate and House passed a bill that would enable the legislature to overthrow the vote count and declare their preferred candidate the winner. Fortunately, the Democratic governor vetoed it. Meanwhile, Pennsylvania’s outgoing Senator, Pat Toomey, wrote an op-ed opposing the need for a voting rights bill, saying that the number of Black and Brown voters has increased in recent elections. Toomey chose not to mention that many of the laws passed in Southern states like Alabama and Georgia have made it more difficult for those same Black Brown people to vote in the future by removing voting sites in communities of color. It’s as if Toomey was saying too many Black and Brown are voting, so we are going to have to make it harder for them.

Joanne Bland still leads tours like the one I went on years ago. I have wondered what she thinks of these developments. How must she feel about the fact that the struggle she entered at age 14 and won, is now being pushed back by a group of mostly white male Republicans who will do anything, including subverting the most basic principle of democracy, to undermine the right of citizens of all races to elect who will govern and represent them?  I am only two years younger than Joanne, and yet in my mind, she is an elder of the movement that affirms Black lives still matter. She stands in a long line of ancestors who have fought for freedom and justice for over 400 years and continue that fight today. As a white man born into privilege, it is my ongoing responsibility to join Joanne, and others like her, so that for which she worked and struggled was not and is not in vain. 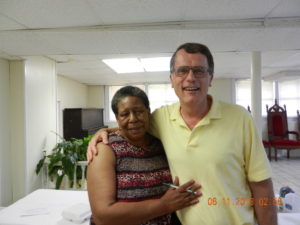