Seeing the Whole Picture with AQAL 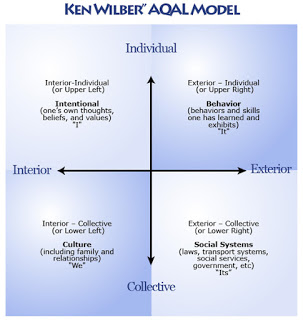 For the last six months I have been exploring Integral Theory as articulated by philosopher Ken Wilber. Over the past 20 years Wilber has been attempting to create a framework in which all the major theories of human development, religions, and philosophical perspectives can be brought together in one matrix of thought. Wilber’s goal is not to somehow homogenize all these systems of thought, but rather to show their connections and relationships to one another and to highlight the similarities across disciplines, cultures, and religious perspectives. While Wilber is dealing with some pretty heady and esoteric ideas, he writes in very accessible language. Furthermore, it’s not uncommon for him to make reference to ancient or medieval thinkers (think Plato, Plotinus or Aquinas), modern thinkers (think Hume, Kant and Hegel) and postmodern thinkers (think Focault or Derrida) in one sentence or paragraph. Likewise, he seeks to bring together insights from both Western and Eastern spiritual traditions. His assumption  is that truth can be discerned in all these writings and can correct and illumine insights in one another. In his work Wilber has developed a faithful following that is evidenced by a number of websites on Integral psychology, spirituality, medicine, teaching, Christianity and [fill in the blank]. 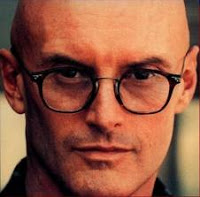