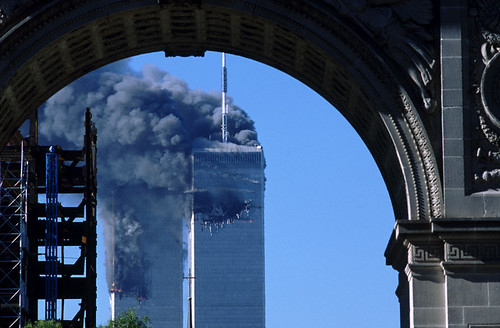 Almost anybody 30 years or older probably remembers where they were and what they were doing when they heard that the World Trade Center had been attacked on Sept 11, 2001. I was teaching a class of first-year students and some other students ran into our class, telling us to turn on the TV. Minutes after the attacks we saw the towers falling.  Later we learned that there had been another suicide plane that hit the Pentagon and a fourth plane that crashed in the fields of rural Pennsylvania. We remember the shock, the fear, and the not knowing what all of this meant. Looking back over the past 20 years, we know it changed the way we thought about our nation in relationship to the rest of the world. Not since the bombings at Pearl Harbor in 1942 had our country been attacked on its own soil, and it shook many of us at our core.

The first thing that stands out in my mind is the bottomless grief that so many families had to carry after that day. I remember going down to the site of the bombing a few months later and was struck by all the pictures people had posted of their loved ones, begging for some word of what had happened to them and where the body could be found. Many never received the answers they sought, and have been left with the emptiness of loss and grief. The magnitude of the loss and depth of grief felt by so many to this day boggles my mind.

What also stands out is the heroism of so many first responders and other volunteers who sought to dig out those who had been buried in the rubble. Men and women risked, and some cases lost, their lives seeking to bring folks to safety. Others suffered for years from the dust and smoke that clouded their longs from working in the midst of the wreckage. Police, firefighters, medical personnel, carriers of food and water and so many more, came together in the aftermath of tragedy and demonstrated the best of what it means to be human beings, working together in concert and community.

After the attacks, one of the questions people kept asking was: Why do they hate us? What could possess men to give their lives in service of a cause to kill so many? About six weeks after the bombing I attended a meeting of adult educators in Austin, Texas and we considered that question. One of the speakers at the event, a wise and learned educator, challenged us by saying: If people don’t know the answer to that question; if they don’t know why people from that part of the Middle East might hate Americans, then we as educators have not done our job. Far too many Americans prior to 9/11 just assumed wherever Americans were working in the world, they must be loved. The bombing confronted us with the reality that American intervention in other countries is not always welcomed, and in fact may have sown the seeds of that dreadful day.

As political leaders and nations are prone to do when responding to such a bald-faced attack, President Bush declared war on the terrorists, and soon the United States military was engaged in wars in both Iraq and Afghanistan. Grief was added to grief as thousands of young men and women returned from Iraq and Afghanistan in body bags, and thousands more returned bearing the unseen wounds of trauma and mental illness. Instead of suppressing those who would harm us, our military efforts emboldened them, and pretty soon we were in battles in several countries around the world and even in our own country. Moreover, those Americans who happened to be Muslim became immediately suspect, and honest upstanding American citizens were harassed, imprisoned, and even murdered simply because they practiced the Muslim faith or appeared to be a person who did.

Perhaps one of the most hideous things was the opening of a prison for suspected terrorists in a place called Guantanamo. While technically on Cuban soil, Guantanamo sits on land which the U.S. claims 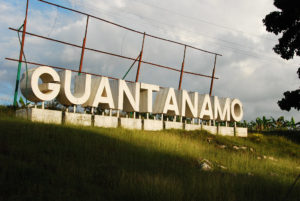 but which the government argues is outside U.S. jurisdiction and therefore is not subject to the Constitution. Sarah Mirk in her book Guantanamo Voices tells the stories of many of the men who were captured, taken there, and tortured by their captors all in defiance of U.S. law and the rules of the Geneva Convention. While some of those imprisoned were active fighters, many were innocent bystanders who were swept up without cause and never charged. At the height there were something like 665 men imprisoned at Guantanamo. While many have been released or tried, to this day there remains a remnant of about 40 prisoners, three-quarters of whom after 20 years have still never been charged.

One of the great ironies of war is that when one entity is attacked, they often respond in a way much like their attackers. One of the great travesties of 9/11 is that in many parts of the world, the U.S. has shown itself to be no less brutal than those they seek to fight and capture. And one can only wonder, what was it all for? Over the last several weeks, we have watched as the U.S. military left Afghanistan for the final time, only to see their foe, the Taliban, take over the country they tried to secure. We have watched as thousands of Afghans have pleaded, begged, and risked their lives trying to find a way to safety out of the country. Many of the Afghan people are scared and rightfully so, of how their occupiers will rule them. Women, especially, face the prospect of being thrown back into a violent, patriarchal, misogynistic culture that does not afford even a shred of decency or dignity.

The recent exodus from Afghanistan and all the suffering and fear it left behind forces us to ask “What is our responsibility and role as Americans in a world of such violence? To what extent are we able to offer hope and solutions, and to what extent are we part of the problem, part of the ongoing cycle of violence and hate and destruction? This 20th anniversary brings to mind many thoughts and feelings, and I am left wondering if we have learned anything we might take into the future with all its challenges and uncertainties. I have my doubts.

(all images from Creative Commons)