Recognizing the Lens Through Which We Experience the World 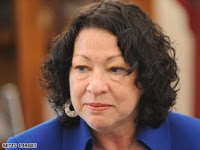 Newt Gingrich and Rush Limbaugh made fools of themselves this past week when they called Supreme Court judge nominee Sonia Sotomayor “racist” for her comments that her background as a Latina from a lower income background might reach a better judicial decision on matters affecting poor people “than a white male who has not lived that life.” Gingrich later retracted labeling the judge herself as “racist” and instead said it was her “words” that were racist. Either way a lot of conservatives (and probably a lot of white people in general) still miss the point of her statement.

Most of us who have grown up white in this country were led to believe that with practice and critical thinking we could reach “impartial” and “objective” decisions on matters of consequence; and so we ran the world that way. The irony and problem was that all the impoverished people of color around the world were asking: “How come when those white people make impartial, objective decisions, it always seem to end up going in their favor.” What all the other folks saw that we whites had (and still have) a hard time seeing is that we were as biased out of our own background and self-interest as any other group. We had deluded ourselves into thinking we were able to “rise above” our own prejudices to see things objectively.

Once when I was on jury duty I was in a jury pool for a young black man who had been accused of breaking and entering a store. As I looked around the 40-50 of us who were being interviewed for the jury, there were only 2-3 black persons, and all middle or upper middle class, and I thought “this is not a jury of this man’s peers.” I was shortly dismissed from the jury pool, so I don’t know who ended up on the jury, but I am sure that man did not see a reflection of himself. That jury was not able to make an “impartial” decision about that defendant. Our middle class upbringing influenced us to see that man in a certain light: young, black, poor, and probably guilty. My guess is the young man’s true peers would have viewed him differently and used different adjectives to describe him. We can do the best we can to be “fair” and “impartial,” but the fact is that all of us see the world in a certain way because of our background

I appreciate Sonia Sotomayor’s candor about the impact her life experience has on her judgment because it forces all of us to consider how our judgments, values, prejudices and preferences are shaped by our life experiences. Just like Sotomayor, it is not that we don’t consider facts, principles and (in her case) the law, but the lens through which we view those “objective” elements is literally shaped by how we were raised, who we grew up with, the experiences we have had, and the socioeconomic conditions in which we lived. Given her background Sotomayor will provide a valuable addition to a Supreme Court that currently reflects the backgrounds of only a small segment of the U.S. population. Like the President who nominated her, Sotomayor brings a new set of eyes to a role that requires a diverse set of opinions and perspectives.

For me, Sotomayor’s comments don’t strike me as prejudicial at all, but rather remind me that I need to listen more intently to those whose experiences and backgrounds are vastly different than my own, so that perhaps I might be able to see and have a feel for life experiences that I missed or from which I was spared. I don’t begrudge my privileged background except in the ways it may have inadvertently damaged or diminished others, but I won’t know how others are or were affected until I step back and realize I need to listen first, and speak second.