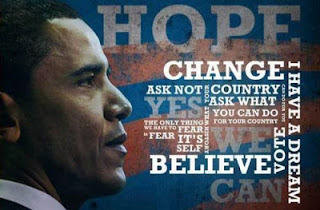 Like most of the folks who voted for then-Senator Obama to become president four years ago, I was sold on the promise of “hope and change.” While I have been politically aware and involved since my college days, I rarely had found a candidate who I could believe in and support like Barack Obama. He talked about bringing a change to government that would be more sensitive to the needs of the poor, and would move past the liberal-conservative debate. However, once in office faced with a huge financial crisis and surrounded by a group of former and present Wall Street bankers and financiers, Obama made some moves that both Democrats and Republicans supported (though now the latter disavow any part in it) to prop up the “banks too big to fail” while the gap between the haves and have-nots grew even widers. Along the way he proposed a revamped health care system, supported gay marriage, provided an avenue for Dream-ers to become legal residents, provided money for projects rebuilding infrastructure and sought to address the sagging public school system. While I have not always support the ways he went about these things, at least they have been on his radar.
Now that the Republicans have solidified their presidential candidate team with Romney and Ryan, there is no question that they have decided on a course of action that will benefit the wealthy and the corporations, deprive basic needs for the poor and indigent, remove regulations on banks and business, return to the flawed policy of primarily supporting carbon-based fuels, and generally run a government that will benefit the few at the expense of the many. Over the last four years, the Republican leadership under pressure from the Tea Party and big money have taken a no-compromise approach to government simply feeding the polarization that was there before 2008. In contrast the Democrats under Obama have sought to find a “middle ground” – either out of a commitment to consensus government or just plain spinelessness – I have never been really clear.
Well, Mr. President, its time to return to hope and change. There are many of us who still embrace your vision of a more inclusive, more just, more compassionate America. The issue for us is not more or less government, but what kind of government: a government that recognizes that poor people are citizens too, that wealthy people need to pay their fair share, that quality education and health care should be a right not a privilege, and that while business is an important part of our economy, government is more than simply about serving the desires of business at the expense of the general population. In a sense Mr. President, we want to hold you to your promises and to the vision that you presented four years ago.
In that way we don’t want you to spend your ad time and campaigning Romney/Ryan bashing, but rather presenting a vision of what you would and could do if given a second term.  Every week I get phone calls, emails and junk mail from the Democrats bashing the opposition; I’m sorry but that’s not what motivates me. Psychologists tell us that fear and anger are short term motivators, but hope and love last over a long time. The change needed to transform this country is long term, longer than your next 4 year term.  We are in a struggle for the future and soul of the country; more than that millions of lives are at stake when we talk about government initiatives in healthcare, poverty reduction, education and the like.
Like Reinhold Neibuhr I recognize that the work of government involves compromise and struggle, and that what government achieves will fall short of perfection. But like contemporary prophets such as Martin Luther King, and the Anabaptist peacemakers thru the centuries, I believe the role of people of faith is to call government, society and culture to a higher standard, even when I recognize it will fall short of reaching that standard. Mr. President, when you spoke of hope and change you pointed us to that higher ideal. I support your original vision – please return and you will have my active support. Continue to run negative ads and you will have my vote, but not much more.