Memorial Day and My “Cloud of Witnesses” 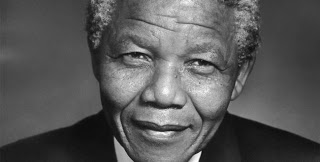 Memorial Day is a day to remember – particularly those who have fought and died in war. Originally called Decoration Day when it was begun following the Civil War, it was a day set aside to decorate the graves of those who had died in battle. On Memorial Day there are often marches and vigils for former veterans to be remembered.
I have never been one to glorify war, even though I feel deeply sad for those who have had to fight in one – usually not of their own choosing. Thus, I have rarely “celebrated” this day in any way that could be construed as “patriotic.”  However, I do like to pause remember those who have fought and died in the battle for peace and social justice. They are what the writer of Hebrews refers to as the “great cloud of witnesses” who guide me and inspire me by their lives and examples.
Thus in no particular order let me share just a few of those who I remember as veterans for peace and social justice. While others inspire me who are still living, these are some who have passed on but who live in and thru me in so many ways. The descriptions are in no way comprehensive and are only given for identification purposes.
Martin Luther King, Jr – Civil rights leader, killed in 1968 during a Memphis garbage workers strike.

Mohandas “Mahatma” Gandhi – leader for freedom and justice in India in the early 20thcentury
Frederick Douglass– former slave, abolitionist, advocate of rights for women and African Americans in the 19th century

Viola Liuzzo – woman who went to Selma during the march of 1965; murdered by the KKK while transporting marchers back and forth
John Woolman – Quaker in the 18th century who convinced Quakers of relinquish their slaves
Myles Horton – founder of Highlander and educator for civil rights, labor justice and so much more
Henri Nouwen – priest, contemplative, one who sought to link prayer and action in all things

Anne Braden – civil rights activist in Louisville, who along with her husband advocated for equal housing rights for African Americans in the 1950’s, a lifelong activist into her 80’s
Abraham Joshua Heschel – Jewish Rabbi, mystic, friend of Martin Luther King, advocate for justice
Nelson Mandela – South African leader who led the fight to overturn apartheid
Tom Scheuermann – my youth leader (in Young Life) who more than anyone shaped my faith
Kemah Washington – friend and cellmate following our action against a gun shop in 2009 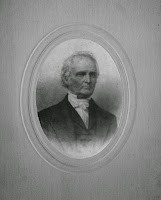 Clarence Jordan – founder of Koinonia farms a deliberately inter-racial Christian community in south Georgia, died in his late 50’s in 1968.
Oscar Romero – Salvadoran Archbishop in El Salvador killed in the 1980’s for his support of of the oppressed of that country
Paulo Freire – Brazilian educator, one who brought literacy to the poor in a way that both educated and empowered them
Dietrich Bonhoeffer– German pastor and theologian killed in a Nazi prison in 1945 shortly before the end of World War II.

Sis Boyd – my mother, my constant supporter, the one who first showed me compassion for the world, died 2005.