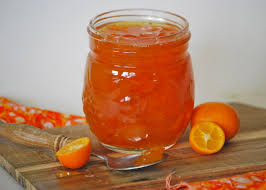 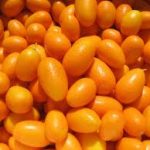 A week ago my brother from California sent me a box of kumquats, a small and coveted fruit that looks like a mini-orange. However, when you bite into a kumquat, you are in for a surprise. What you will encounter is a contrast of tastes that is hard to describe, very sweet like a juicy orange on the outside and sour like a super-sweet tart on the inside. Think lemons on steroids. So here I was with a bucket full of kumquats; what do I do?

It just so happened that my wife took off for a 10-day trip to Iceland, leaving me to fend for myself. I have always enjoyed cooking and while I will never find myself on any of the Food Channel chef contests, I can hold my own in the kitchen. So I decided to put those talents to work on the kumquats. I learned about kumquat marmalade, and so looked up a recipe and was ready to go.

At the same time I have been learning about what leads people to have hope. A psychologist named Charles Snyder broke hope down into two categories: Waypower and Willpower. Waypower is having a plan, a process by which one seeks to achieve a goal. Willpower is the internal motivation to persevere and go after that goal. When it came to working on these kumquats I had waypower; I knew how to cook, had a recipe and possessed all the necessary ingredients. I had willpower; I had been successful at cooking before and wanted to make good use of my precious kumquats. So I was set: a will, a way, and I knew, or at least I had a reasonable hope, that I could succeed in making some sumptuous marmalade.

The recipe called for 24 kumquats and 2 oranges chopped up, mixed with water and left to stand overnight. I did this. In the morning I started the boiling process and had 5 cups of kumquat broth to which I added juice from two lemons and tons of sugar. Then the fun started. The directions said to continue boiling the juice until it started to jell, then skim off the froth and put in jars. So I boiled, boiled and boiled, and it never jelled; it just boiled down. Little did I know that the bottom of the pot was burning on the bottom; I guess I should have been stirring it (the recipe didn’t say that). 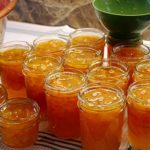 Needless to say my kumquat experiment was a disaster. Eventually a sticky substance boiled over ruined the pot, covered the stove and the fruit never jelled, it just got sticky. My waypower was way off, and my willpower could not salvage the mess I created. I spent the next 45 minutes cleaning up my mess, and will have to buy a new pot, since the old one went out with the recycling. So much for Dr. Snyder and his prescription for hope; sometimes you just don’t know what you are doing no matter how committed you are.

However, all was not lost. Other than the kumquat disaster, my cooking events have been successful and enjoyable: rice and bean burritos, Chinese vegetables over rice, and now have leftovers for the rest of the week. I have had smoothies and lots of fruit; it’s been fun, and very healthy.

Fortunately, I hadn’t unpacked the canning jars into which my kumquat delight was going to be preserved. So I will return the jars to the store and get some recompense for my trouble. Maybe then I will buy some real marmalade.