Is The United States Moving Toward Civil War? 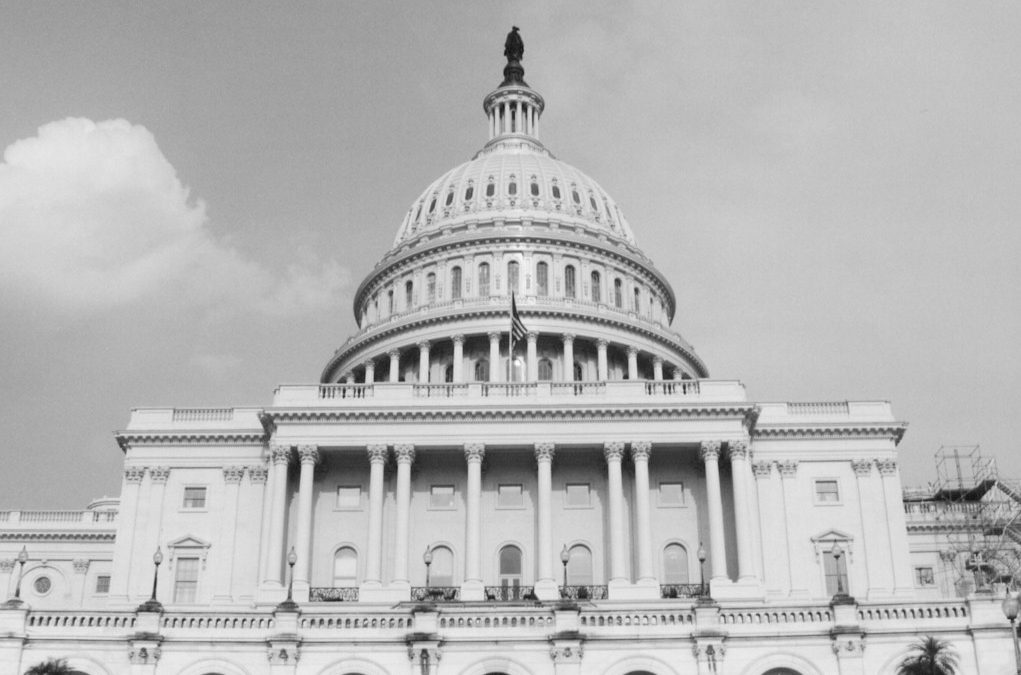 Ever since January 6, 2021, when Trump supporters spurred on by the former president, invaded the U. S. Capitol building to prevent the Senate confirmation of the 2020 presidential election, many Americans have wondered if the United States could be on the verge of a second civil war. This concern has been heightened by continued unproven and false assertions that Donald Trump was robbed of a victory by devious operatives working on behalf of Joe Biden. Despite 60 court cases that failed to prove that fraud occurred, Trump and his supporters continue to push that false narrative, seemingly with the rationale that if one says something long and loud enough, people will begin to believe it’s true. And many Americans have done just that.

Likewise, Republican candidates for Congress have parroted Trump’s lies in the hopes that in so doing they will gain a majority in both Federal and state legislatures. All sorts of laws have been proposed, and in some cases passed, in state legislatures, which essentially allow Republican majorities to override the will of the voters if non-Republicans actually win elections. Voter laws, designed to make it more difficult for BIPOC and poor people to vote have been passed in states like Texas, Georgia, Alabama, Mississippi and Florida. Not only have such actions sought to undermine the standard democratic process in local, state and national elections, but they have done so with such impunity as to raise grave concerns for the health of the political system itself.

One such person who has taken time to study the consequences is Dr. Barbara Walter, author of the 2022 book How Civil Wars Start: And How to Stop Them. Walter is a political science professor at the 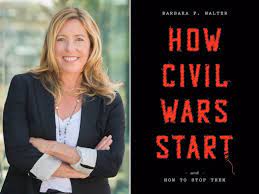 University of California, San Diego. In conjunction with other scholars around the world, she has been studying the factors and forces that cause countries to plunge into civil war. The sort of research she conducts is used by the CIA and other U.S. government entities to act proactively to prevent the debilitation and demise of governments around the world. For the most part, her research has focused on those “other countries,” but in How Civil Wars Start, her focus turns to the United States and its potential for devolving into civil war.

Based on her research in conjunction with researchers from around the world, Walter asserts “that one of best predictors of whether a country will experience a civil war is whether it is moving toward or away from democracy.” Using data on all the countries in the world compiled by the Polity Project at the Center for Systemic Peace, scholars assess how democratic a country is. In order to determine whether a country is moving toward or away from democracy, they rate national political systems on a 21-point scale from +10 to -10.  A +6 to +10 rating indicates a country is a functioning democracy, where citizens have the capacity to choose their leaders and influence government policy. Countries with +10 ratings include Canada, Norway, and New Zealand. A -6 to -10 rating indicates that a nation operates as an autocracy, where citizens have no active role in choosing their leaders or influencing their policies. Countries with a -10 rating include Saudi Arabia, North Korea, and Bahrain.

Nations that fall between ratings of +5 to -5 are what Walter calls anocracies. Anocracies may have some semblance of democracy, such as elections, but in reality, citizens have a very limited impact on what their political leaders do, and how and what they legislate. For some time in this blog I have referred to our nation as more of a plutocracy — the rule of the wealthy— and an oligarchy — the rule of the few — rather than a true democracy. When polls repeatedly show that most Americans support some sort of regulation of how and who can use guns, and yet gun laws become increasingly lax, it raises questions as to who is actually making decisions? How influential are the National Rifle Association’s campaign contributions over the will of the public? Or when the Supreme Court can overturn a 50-year access to abortion, despite a wide majority of support for the right to choose, we have to ask why can a minority dictate to the majority on such a crucial issue, if we are a true democracy?

How Does the United States Rate? 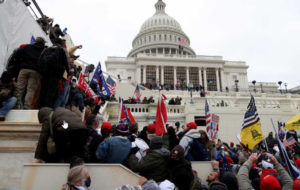 Walter writes that until fairly recently, the United States received a rating of +10 as a fully functioning democracy.  However, after January 6, 2021, the U.S. dropped to +8 and over the last year has fallen to a +5, and more recently to +3, thereby no longer being considered a democracy, but rather an anocracy. However, more concerning to Walter and her colleagues is that the U.S. has quickly dropped more and more into autocracy. What this rating decline indicates is an increasingly chaotic state where basic laws and principles historically practiced by our nation are now being called into question. One such practice is what is called “the peaceful transfer of power,” when a president currently in office peacefully relinquishes the seat of presidential power to a candidate who has defeated the incumbent in an election. Donald Trump not only refused to transfer power to Joe Biden, but he has also actively resisted it, planned an attempt at seizing power on January 6, and openly defied efforts to investigate his actions. Moreover, he and his Republican sycophants continue to promote “The Big Lie,“ the ludicrous and unsubstantiated claim that Trump actually won the election and was not defeated.

As we approach the midterm elections this fall and look to the 2024 Presidential election, the conditions for an attempted coup are emerging. Republican candidates are actively promoting the idea that if elected they will assume the power to overturn the voters’ wishes in elections. Militias, like the Oath Keepers and the Proud Boys, who orchestrated the January 6 attack, are becoming increasingly armed and organized for their next foray.  Attacks by White nationalists, such as those made in Buffalo and El Paso on communities of color, are becoming more frequent. Attempts to limit sales and access to high-powered rifles such as AR-15s (whose only purpose is to kill other people), have been denied by the Supreme Court. The polarization of the electorate on issues such as abortion, LGBTQIA rights, same-sex marriage, gun violence prevention, use of police force on citizens and the like is increasing.

In assessing where the United States stands currently, Walter writes the following:

Where is the United States today? We are a factionalized anocracy that is quickly approaching the open insurgency stage, which means we are closer to civil war than any of us would like to believe. The siege on the Capitol has made it impossible for the government to dismiss the threat that far-right groups pose to the United States and its democracy. January 6 was a major announcement by at least some groups —such as the Oath Keepers—that they are moving toward outright violence… In fact, the attack on the Capitol could well be the first of a series of organized attacks in an open insurgency stage. It targeted infrastructure. There were plans to assassinate certain politicians and attempts to coordinate activity [of various groups] …

We do not know whether the attack on the Capitol will be replicated or become part of a pattern. If it does, Americans will begin to feel unsafe, and unprotected by their government. They will question who is in charge.. . Some will take advantage of the chaos to gain through violence what they couldn’t gain through conventional methods…That’s when will know we have entered the open insurgency state.

Right now, the January 6 special House Committee is bringing to light the intricate planning and cooperation that occurred between violent militia groups and the White House. Many of us have heard

enough to believe that Trump and his minions need to be arrested and put on trial. For reasons that are not entirely clear, the committee and the Justice Department have yet to take that step.  Perhaps they are concerned about the rebellion that might ensue if they do. But it seems clear that whether or not they take action, our nation is heading down a steep slope toward violent chaos. How we respond as citizens to these developments if and when they occur will be crucial. I don’t think we can depend on the structures and practices that have been in place for the past 200+ years to withstand the current onslaught. We must be willing to resist those who would seek to impose their racist and arrogant views on the rest of us.  What that resistance will need to look like is a question all of us must ask ourselves.