Is Our Democracy in Trouble?

On September 14 I attended a symposium at the University of Pennsylvania entitled “Democracy in Trouble?” featuring renowned political scientists from across the United States and Europe. Throughout the day they spoke about various challenges facing democratic countries in North America, South America and Europe. While not explicitly stated, it seemed to me that the subtext or meta-message of the whole proceedings was to question the legitimacy of the presidency of President Donald Trump because the focus of all the speakers was on “populism” and charismatic authoritarian leaders who are often associated with them.

While I found the presentations thought provoking, I was also confused. What baffled and troubled me was that their vision of democracy seemed to be limited to electoral politics and the role of political elites in regulating who does and does not get elected into positions of power. Not being well versed in the ways and means of political science, I took it upon myself to read the writings of two of the presenters.

Dr. Steven Levitsky, a professor of government at Harvard University wrote How Democracies Die with his colleague, Daniel Ziblatt. In their book the authors do a historical review of democratically elected leaders who led populist movements and then became authoritarian and autocratic leaders. They reviewed leaders such as Hugo Chavez of Venezuela, Juan Peron of Argentina, Silvio Berlusconi of Italy and Victor Orban of Hungary. From that overview they identified four general characteristics of democratically elected leaders who became authoritarian despots, which were then applied to Donald Trump. (1) The role of political parties according to Levitsky and Ziblatt is to serve as “gatekeepers” in keeping extremist authoritarian leaders from becoming legitimized by and established political party. The point of their book, it seemed to me, was to highlight the failure of Republican leaders to perform their gatekeeping role and to raise a warning flag who and what the current president is and could become

The second book I read was entitled simply Populism: A Very Short Introduction,  which was written by Dr. Cas Mudde, a professor of Political Science at the University of Georgia. In his book Mudde describes populism as a “thin-centered ideology” which usually aligns itself with a more “thick-centered ideology.” In other words, by itself populism is ill defined and can be used by groups from across the political spectrum. Populism’s defining characteristics are a distrust of elites (particularly in government) and a conviction that the people’s voice needs to be more clearly heard and instituted. Mudde goes on to say that populism generally aligns itself either with nationalism (on the Right) or socialism (on the Left), and often is galvanized by a charismatic leader like the authoritarian leaders discussed in Levitsky and Ziblatt’s book.

What struck me was that in both their presentations and their writings, both Levitsky and Mudde, along with the other symposium presenters, totally ignored the 2016 populist movement of Senator Bernie Sanders.  While it was not said in so many words, the underlying message was that populism of any sort was bad, and that the failure of the Republican Party was that they did not perform their gatekeeping function of keeping Donald Trump from becoming the Republican candidate for President in the 2016 election. What they did not say, but certainly implied, was that by contrast the Democratic Party HAD performed their gatekeeping function in keeping Bernie Sanders from becoming the Democratic candidate in that same election.  While I eventually voted for Senator Clinton, like many Sanders supporters, it seemed that he was being shut out in a very controlled way ( which in fact we now know he was).

Now my intention here is not to re-hash the 2016 election season, nor is it to discuss the concern about Pres. Trump’s authoritarian nature, but rather to highlight the extremely limited view these supposed political 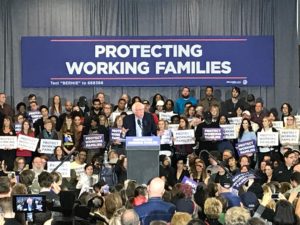 experts seemed to have about the full potential in democracy.  For the past several years I have been involved in a number of activist movements seeking to influence decision-makers to change laws around gun ownership, immigration policy, funding for public education, mass incarceration and more.  These efforts have involved long hours of meetings and countless approaches to decision-makers and the general populace about certain issues where social justice seems to be a the core. I, along with others, have marched, demonstrated, knocked on doors, wrote letters, made phone calls, visited legislators’ offices and in one case, gotten arrested, all for the purpose of bringing about substantive systemic change. Call it activism, call it populism, call it being a nuisance – whatever you call it, in my view it is grassroots democracy at work. None of these things even got a hint of notice from the so-called political experts.

However, my convictions about democracy were validated a couple weeks after the Symposium on Sept 27, when I joined several dozen members of POWER and local labor unions in the viewing area of the Philadelphia City Council. For years POWER and the unions have been pushing the city to adopt a fair wage bill. A few years ago, this coalition moved the City to pass a bill requiring all businesses doing work with the city to pay their employees no less than $12 an hour. On Sept 27 this same coalition was there to witness the introduction of a bill that would raise that minimum wage to $15/hour. This initiative happened because regular people had pressured, cajoled and eventually convinced the Mayor and the several council members co-sponsoring the bill that it was the right thing to do. For me, on that day, I was seeing democracy at work.

In this election season, we get barraged by ads and mailings trying to convince us to vote for this candidate or against that candidate. For far too many people, including apparently the political science experts, the meaning of democracy is concentrated on election day. If that is one’s definition of democracy, then perhaps we are facing trouble. There is no question that the vitriol, polarization and intransigence of the current established political parties are about as dysfunctional as they can get. However, if our view of democracy expands to the everyday decisions people make to improve life in their communities and the many groups advocating for any number of issues from across the political spectrum, then it would appear democracy is working just fine.

The concern I have in this day of the rise of potentially autocratic leaders like Donald Trump, is that it will be important for everyday people to serve as counter and a force that holds all leaders, at all levels accountable, and speak to issues that matter, not allowing themselves to be duped a charismatic leader, or some slick marketing campaign. The challenge for us  is to keep democracy alive at the local level, in hopes that a truer, more open democracy can eventually be restored at the highest levels of our government. 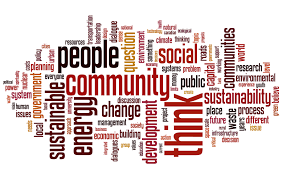