In the Presence of My Enemies 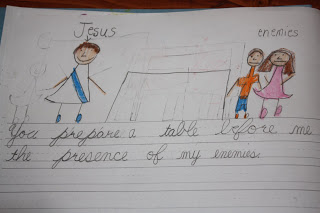 This past week as I remembered the sacrifice of Jesus, I was meditating on the familiar words from Psalm 23.5 which read: “You [speaking of God] prepare a table before me in the presence of my enemies.” I memorized the entire 23rd psalm way back in Sunday School at Colonial Church growing up, but this week I got wondering: what does that verse 5 actually mean?
The author of Psalm 23 is supposedly King David, who before he came to power was something of a renegade, if you will, a freedom fighter or a terrorist (depending on your political persuasion), and the words just before verse 5 say, “Even though I walk through the valley of the shadow of death, You are with me. Your rod and your staff they comfort me.” So David is remembering God’s protection, which for him was not metaphorical but intensely real because people were out to kill him. King Saul had sent out an elite team of soldiers to find and kill the renegade David.
Then there are those words of verse 5 which say that God prepares a table, that is a meal, for David “in the presence of his enemies” – the very people out to get him. In Ancient Near Eastern culture sharing a meal with someone was an intensely personal, even intimate act. To share a meal with someone was in a sense to invite someone into your life, your home, even your family. For David to have table fellowship with the people out to get him —well that just isn’t a good strategy for survival, much less make sense rationally or politically. Yet that is what David says God has done – he has placed him in the vulnerable position of opening his life to the very people who despise him and even want to kill him. 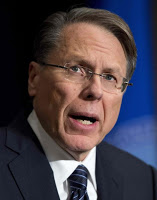 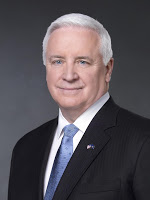 As far as I know, I don’t have enemies like that. I am not aware of anyone who wants to kill me, much less even harm me. However, I am aware of people I despise; however when I think of them, they are not people I know personally, but people whose actions, decisions and perspectives on life are directly opposed to my own. I am thinking people like Wayne LaPierre, the CEO of the NRA who keeps spouting his pro-gun rhetoric; and Governor Tom Corbett who has gutted money for social services and education in PA; or members of the Tea Party, or the KKK or the pro-gun zealots who keep showing up at gun violence prevention rallies. I am thinking of the banks and payday loan sharks who cheat poor people out of the little money they have. I am thinking of impersonal corporations who get richer by the minute and squeeze the rest of us out all in the name of profit. These are people I consider my enemies…but they probably don’t know I exist or if they do, it is no more personal than I know them.
I guess that’s the point of this verse – that God does not want us to love or hate in the abstract, but rather to interact with people in real space and time. Curtiss Paul DeYoung, professor of Reconciliation Studies at Bethel University (St. Paul, MN) and an author of several books on racial reconciliation, has said that reconciliation has to start with relationships. I know from personal experience that true change starts with relationships too. What David is saying in Psalm 23 is that God is about the business of bringing folks together who despise one another and saying in essence: Before you keep hating on one another, why don’t you get to know one another.
These words remind me of something Abraham Lincoln was supposed to have said – that the way we get rid of our enemies is to make them our friends. Now Lincoln did not succeed in that endeavor and was even killed by an enemy, but the sentiment is a worthy one. When I see Democrats and Republicans bickering in Congress, when Syrians are killing each other, when North Koreans are threatening South Koreans, I wonder: do these folks even know one another? Have they even tried Psalm 23.5?
I doubt that Wayne LaPierre or Tom Corbett would ever become my best friends or that the CEO of Exxon or Smith & Wesson and I would ever agree on much, but perhaps if we had forums to really get to know one another, we might not be so divided; we might be able to find compromises we could live with. I don’t know. Perhaps it is just a pipe dream; but those words keep rolling around in my mind: God prepares a table before me in the presence of my enemies and my cup overflows – with love, joy and understanding. 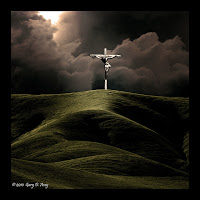 That’s what I have been thinking about this past Holy Week. It’s my prayer, my hope, and the thing that keeps me working for justice, reconciliation and a better world – so help me God.