Going Through Advent with Donald Trump 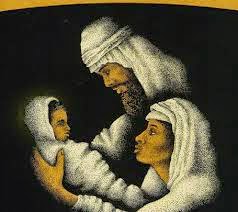 Like many people, I was shocked and disturbed by the election of Donald Trump on November 8. To be honest, I was mostly outraged that a man of his arrogance could be elected to office, and it only confirmed for me how corrupted our democracy has become. That anger has energized me, and caused me to double down on my commitment to peace and justice even more. Even so,  I have found myself readjusting my lens on what I can and cannot expect from government.

Like many people I have been disturbed by several of Trump’s cabinet nominees:

While promising to “drain the swamp in Washington” and challenge Wall Street, he has packed his cabinet with corporate CEO-types, and polluted the swamp all the more. And on it goes.

However, what has been even more surreal is going thru Advent with these bizarre events as a backdrop. In the Christian calendar, Advent is a time when Christians remember the birth of 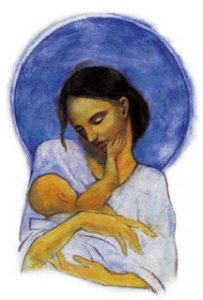 Jesus to peasant parents in a world as divided and oppressive as our own. Many of the passages we read during this time of year point to a Great Reversal where the injustice, suffering and violence of the world will be replaced with a Peaceable Kingdom characterized by new life, fairness and peace. While for some Christians these passages point to the Second Coming of Christ at the end of history, for me this season highlights the countercultural nature of the Christian message (which sadly has been co-opted by nationalism, militarism and global capitalism), and the call for God’s people to be about the business of challenging the status quo and working for a more just world. Rather than looking to God to somehow rescue us form the mess we have made of the world, I tend to agree with the Brazilian educator Paulo Freire, who said that God gives us the vision of how the world should be and our job is to bring it into reality. If God somehow cooperates or wraps it up in the end, all the better, but in my experience, we can’t count on miracles, so we must get to work, and hope at times God shows up.

While the Advent message is ALWAYS COUNTERCULTURAL, the gap between what is and what must be seems exceedingly stark this Advent season.

For instance, speaking of the coming messiah, the prophet Isaiah writes

He will settle arguments between nations.

They will pound their swords and spears into rakes and shovels;

They will never make war or attack one another. (Isaiah 2.4)

The king won’t judge on appearances or listen to rumors

Honesty and fairness will be his royal robes (Isaiah 11.4-5).

The image of this coming king is a glaring contrast to the man elected to be our president. 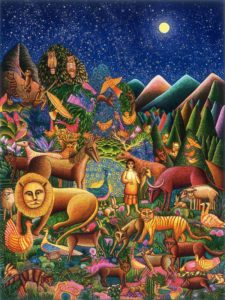 The Third Isaiah goes on to speak of the kind of world being created by this coming king:

“My teaching will cause justice to shine like a light for every nation. (Isaiah 51.4)

Isaiah 35  give us an image of global renewal and prosperity.

Thirsty deserts will be glad, barren lands will celebrate and blossom with flowers.

The blind will see and the ears of the deaf will be healed.

Those who were lame will leap around like deer.

Tongues once silent will begin to shout.

And then of course the crowning image comes when Mary, the peasant girl, sings of the blessing she will have as the mother of the Chosen One:

If ever there was a contrast between the Bible and our political reality, it is that last line as one views the Trump cabinet nominees.

I must confess as I read the Bible in one hand and the newspaper in the other (to quote theologian Karl Barth), I find the Scriptures to be fanciful and foolish in light of current situation. At times, it is difficult to have

any real hope for the near and distant future. The safety and well-being of the poor, the undocumented, the sexually and religiously diverse, even the planet itself seems be in jeopardy. However, I am reminded of Joanna Macy who wrote that hope is not something one has, but rather something one does.  When the Bible speaks of “waiting on God” it is an active waiting, a waiting while working, a waiting while doing. The images of justice, renewal of the earth, and the deposing of unjust, arrogant leaders are visions of where we need to be headed. They are pictures of the kind of world God desires us to build, a world we are called to work toward.

So, while at times I cannot help but roll my eyes in incredulity when I read the Bible’s glorious visions of God’s promised future, I am also reminded why we Christians are here. We are charged to work toward bringing into being the world God desires, what Jesus called the Reign of God, and if as we work, God shows up from time to time, that will give us the encouragement to keep on striving toward that end, regardless of who happens to be in the White House.

[All passages are from the Contemporary English Version] 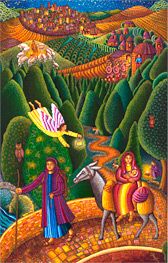