A lot of ink and media time has been taken up covering, debating, condemning and trying to make sense of Donald Sterling’s tape recorded message in which he made clearly racially disparaging remarks.  Despite the questionable nature of the anonymous taping of a private conversation, Donald Sterling’s racist antics were well known long before this incident. He was the defendant into cases of housing discrimination which were settled out of court, and former players such as Baron Davis reported similar kinds of statements from Donald Sterling from court side when Davis was playing a game. Thus, the censure and find issued to Sterling by NBA Commissioner Adam Silver was not so much a reaction to racism as it was an action to mitigate what could have been a public relations nightmare for the league. Put plainly, Silver’s concern was not about black and white, but green, the color of the cash that the NBA would have been lost had  Silver not taken decisive action. 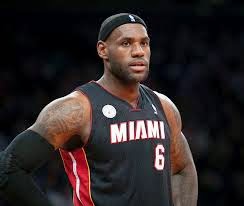 In a league that is overwhelmingly populated by African- American players, and yet where there are only a handful of coaches or general managers of color, should we be surprised? In a professional sports system where human beings are regarded as property to be bought and sold, and then discarded when they are no longer useful, should we be surprised? In a professional sports system where extremely talented young men forgo family, health and education at a shot at the big leagues, and where increasingly players are being encouraged and enticed to forgo the long term gains of education for the short term fix of a multi-million dollar contract, should we be surprised?
Now,  let me be clear: I love playing (when my ageing knees let me!) and watching basketball. During March Madness I faithfully fill out my bracket and follow the path to the NCAA championship. Now during the NBA Finals I am following each team as the field gets whittled down from 16 teams to the final one crowned champion.  For me there is nothing quite like a Blake Griffin dunk, a Tony Parker teardrop, a Stephan Curry three pointer, or a Miami Heat fast break. The men who play the game at this highest level are incredible athletes, and most in spite some bad press focused on a few, are decent role models for young people.

So it pains me to agree with New York Times sportswriter, William Rhoden, when he refers to these athletes as “forty million dollar slaves.” In his book by that title Rhoden compares the system of professional sports to a modern day plantation where big, strong, talented men of color do work that makes a few wealthy (mostly white and mostly male) owners very wealthy. In Rhoden’s words these talented athletes of color have “inclusion without power” while  whites are  “owning teams, owning networks, owning the means of communication and owning the collective image” of the league. While the athletes’ remuneration is excessive for a brief time, when they are no longer able to perform they are disposed of,  and for the most part forgotten. Until recently (prompted by the recent lawsuits in the NFL over concussion injuries and their implications) the professional sports leagues did not take responsibility for the long term physical health effects of players sacrificing their bodies night after night. Their concern was the bottom line and when a young man no longer served his purpose, he was gone.
Now one might say “Well, this is the way the economic system works. This is capitalism.”  Perhaps so, but given this system, where Donald Sterling not only owns but controls the lives of so many players, is it any wonder he would regard them as sub-human, people not worthy of being in his presence? While the commentators talk ad nauseum about what Sterling did or did not say, what he did or did not mean, and whether he is a racist or not, what is overlooked is the white supremacist, plantation-style system in which he operates. This system treats people, a majority of whom are people of color, as commodities not human beings. Furthermore, every fan (including me) supports and facilitates that system by our unquestioning acceptance of professional sports as it is.

What the Donald Sterling incident teaches us is not that a wealthy white man holds racist attitudes and worldviews; most whites raised in the United States share Sterling’s perspective to a degree because it part of the culture in which whites are raised.  Rather it should remind us that we blindly and willingly accept a system that dehumanizes people by treating them as expendable parts in a huge machine, and that sports fans like me and many others don’t notice or question that system when we buy our ticket to the game or turn on our TV to watch.
Perhaps we ought to. While removing Donald Sterling from NBA ownership will heal the wound and embarrassment he created, much deeper analysis needs to be done and eventual surgery must be performed, so that the sports teams we love to watch do not merely perpetuate the racial caste system many suffered and died to eliminate.