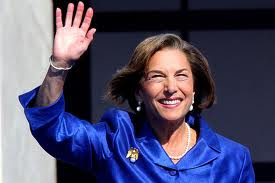 Rep Jan Schakowsky (D-IL) has introduced the Fairness in Taxation bill, which seeks to have the wealthy pay their share in addressing the current budget problem. What follows is a letter to my Congressman, Rep Pat Meehan, asking him to support this proposed bill. I share it as an example others might want to send to their Representatives. As I suggest in my letter, why must the budget be balanced on the backs of the poor and the wealthy get off scott free?

Dear Rep Meehan,
I am writing to ask that you support the Fairness in Taxation Act that has been introduced by Rep. Jan Schakowlsy of Illinois. While you have supported the effort to present a balanced budget, your efforts thus far have focused on cutting funds designated for health care, education, and other social programs. At the same time you have opposed any efforts to increase revenues through targeted tax hikes on the wealthiest American. In essence that strategy is asking the most socially and economically vulnerable citizens to make sacrifices to balance the federal budget, while not asking the wealthiest Americans to do the same.
The Fairness in Taxation Act would correct this injustice and inequity by asking wealthy Americans to pay their fair share. The bill would establish new tax brackets for incomes starting at $1 million up to a $1 billion bracket. The new brackets would be:
The bill would also tax capital gains and dividend income as ordinary income for those taxpayers with income over $1 million. If enacted in 2011, the Fairness in Taxation Act would raise more than $78 billion.
While I know support of this bill would ask you to break with your Republican party colleagues, I believe that you know in your heart that this is fair and just. The terrible debt we are facing right now is largely due to the government’s efforts to compensate for the mistakes and misdeeds of the large financial institutions in this country. They received a bailout that both Pres. Bush and Pres. Obama supported, as did both parties. Now you seek to correct the deficit that has resulted. As the Scriptures say: Those to whom much is given, much is required. This should apply to tax laws as well.
Please support this bill and allow fairness to rule our economic judgments, not the PAC money or lobbyist pressures. Poor people have no lobbyists. People like you and me must be their advocates. Please have the courage to support The Fairness in Taxation Act.
Sincerely,
Drick Boyd