Expanding Our Vision of Incarnation: An Advent Meditation 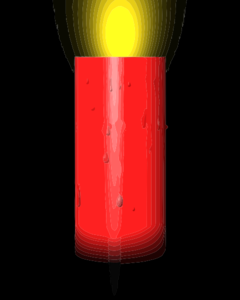 Fr. Thomas Berry, was a priest in the Passionate Order and for twenty years the director of Riverdale Center of Religious Research along the Hudson River. In 1988 he wrote the first of five books on the role of faith in caring for the environment. That book was entitled The Dream of the Earth,[1] in which he stressed that Christians needed  to reconceive of their relationship to Creation. In Genesis 1.26 we read that God said human beings are to “have dominion” over all the creatures on the earth. For centuries Western Christians have treated the created order as ours to use and abuse in whatever way suited us best. The developments of science and technology only made the destruction wrought by this notion of dominance to be more rapid and intense.

At the same there developed a way of thinking about the end of human history as a promised arrival of God’s new millennium when all sorrow, suffering and pain would end. Depending on one’s eschatology that 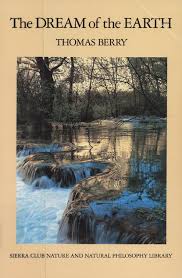 millennium would come through efforts of human beings working to improve society to the point of perfection (post-millennialism which reigned in the late 19th and early 20th century) or premillennial thinking where God would whisk the faithful away at God’s appointed time thru a rapture or some other miraculous rescue. In both cases any thought of caring for the earth and the creatures on the earth became secondary to the belief that the ultimate goal was to prepare for the coming of God’s promised new heaven and new earth. Why worry about this earth, when a new one was already in the works to replace it? Or so the thinking went.

In 1988 – 30 years ago – Fr. Berry could already see where this thinking was leading us. He already saw the destructiveness of our wasteful practices on the air, water and general health in life, and wrote “…the ultimate basis of our ecological difficulties [lies] in our spiritualty itself…” and is now “a situation that [can] only be remedied by a more intimate human association with the natural world in its evolutionary unfolding.” (p. 116). He went on: “[P]lanet earth will not long endure being despised or ignored in its more integral being, whether by scientists, technologists or saints; nor will it submit forever to the abuses it has had to endure” (p. 119). What Fr. Berry called for was a new spirituality, a new way of thinking of our relationship as human beings to the created world.

What Fr. Berry proposed is often referred to as Creation Spirituality, and at the heart of Creation Spirituality is the conviction that God’s incarnation, God’s intimate involvement with humanity, needed to encompass not just the human community but also the natural world in which that human community resided. He wrote: “This universe itself, but especially planet Earth, needs to be experienced as the primary mode of divine presence” (p. 120).  For Berry the implication of this view of faith and spirituality is “to restore a sense of the earth as matrix of the human, as primary norm of all human values and activities” (p. 121).

God Dwelling Among Us in Jesus and Creation

The Prophets and Climate Change

Recently, I have been reading through the Hebrew prophets Isaiah, Jeremiah and Ezekiel. Each of these prophets lived and preached in an era when the Hebrew people, the nations of Israel and Judah, were being consistently called to account for their idolatry, disobedience and neglect of the poor and marginalized. The prophets kept warning the people that if they did not change their ways and return to life under the guidance and obedience to God, they would suffer the consequences of their disobedience: defeat, exile and the utter destruction of their kingdoms. Eventually that is what happened. The northern nation of Israel was wiped about by the Assyrians while the southern kingdom of Judah was destroyed by the Babylonians. As I was reading these words, I was also hearing of fires in California, hurricanes in the south, droughts in parts of Asia and Africa, and starving desperate migrants travelling to find a place of safety. And I could not help but begin to make the connection. The terrible destruction and suffering that was occurring was the logical and natural outcome of human intransigence, greed and intentional ignorance.

As I was reading the prophets, a report was issued by several U.S. government agencies clearly indicating that the use of carbon-based fuels was a major cause of global warming, and warning that there needed to be a rapid turnaround or the natural disasters already occurring would grow more frequent, more intense and more devastating. #45 dismissed the report saying he didn’t believe it. He sent his representatives the global environmental summit to say the US would increase its use of fossil fuels instead of holding the line or decrease. He later loosed restrictions on safe water. This after he had approved drilling for gas and oil in previously protected wilderness areas like Bear Ears National Park in Utah.

God, Nature and an Advent Message

Could it be that God on behalf of the created order is speaking through those climate scientists saying global warming is not a matter of political opinion but an empirical reality which we must face? Could it be that the fires, the hurricanes, the floods, the droughts, the intense shifts in weather patterns and the dying of various species are a message from God, just the like messages of the Hebrew prophets centuries ago?

Could it be this Advent, that the coming of God into the world in a vulnerable child is a reminder that there are vulnerable children and adults all over the world who are being made to suffer because the greed, and self-aggrandizement of a powerful few? Could it be that Vladimir Putin, Donald Trump, Salman bin Abdulaziz Al Saud and Xi Jinping are the Herods of the 21st century, whose very authority is called into question by the created order in which God moves and speaks and lives?

Thirty years ago, Fr. Thomas Berry saw how our blind addiction to “progress” would lead humanity to destroy the very earth that allows people to live and breathe. As we remember and celebrate the incarnation, we must realize that God is not going to rescue us from our selfishness and greed and lust for “more.” Instead God call us – especially those of us who claim to follow by Jesus – to wake up and realize that God is in the wind and the storm and the surf and the heat, and calls us to return to a way of life in harmony with the created order rather than a way of life that continues to abuse and rape it. As Fr. Berry so clearly stated God’s primary mode of presence is in the trees, water, birds, bugs and wind, and is reminding us we humans are not above or beyond that created order, but very much part of it and called to care for it with our very lives.

[1]Note – all citations are from Thomas Berry (1988). The Dream of the Earth. San Francisco: Sierra Club Books.