Doug Mastriano and Me 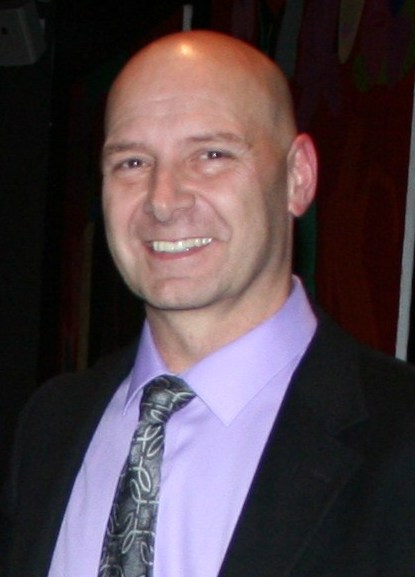 Who is Doug Mastriano?

Doug Mastriano is the Republican candidate for governor in my state of Pennsylvania. The local and national media, plus the two major political parties, see the elections in Pennsylvania for governor and the U.S Senate as keys to the MAGA Republican takeover of state and federal governments. Candidate Mastriano’s stands on crucial issues are diametrically opposed to my stands on those same issues. He is an open advocate of White Christian Nationalism, outlawing all abortions and making gay marriage illegal. He calls the science behind the concerns about climate change fraudulent, wants to defund public schools and refuses to work for any meaningful restrictions on the sale, ownership or background checks on firearms or ammunition. On his campaign website he has said he will make Pennsylvania a “2nd Amendment Sanctuary,” but will deny any sanctuary to undocumented immigrants. He promises to increase investments in gas and coal and pull out of the Greenhouse Initiative signed by Governor Wolf with New Jersey and Delaware. He openly refuses to accept the results of the 2020 presidential election, has appeared at numerous Q-Anon rallies and arranged for buses to attend the January 6, 2021 rally in Washington DC that led to the attempted coup at the Capitol building. While he did not enter the building itself, he did breach the police barricade outside the building. Like almost all the other MAGA candidates across the country, he has refused to promise he will accept the results of the election if he loses. And he has said that if he is elected governor, he will exercise the right to decertify any election results he deems “due to fraud.”

Now to people who know me or have been reading this blog, my aversion to Doug Mastriano as a candidate for governor should come as no surprise. However, what I have learned in recent months is I have two significant institutional ties to Doug Mastriano that are deeply disturbing. These ties are to my former employer, Eastern University, and my church affiliation with the Mennonite Church.

For 22 years I was a faculty member at Eastern University primarily working in the Adult Degree Program from 1997-2007 and the Masters in Urban Studies program from 2007-2019. I was forced to retire in 2019 because of financial challenges facing the institution and was given Professor Emeritus status. I have maintained ties with former colleagues and have occasionally taught courses there. I value my years at Eastern and fully embraced its motto which called for the integration and interweaving of faith, reason and justice. I still stay in touch with several former students and am gratified to have had a hand in their growth for the few years I was with them.

However, to my great dismay, I learned that Doug Mastriano is a graduate of Eastern University having earned a BA in History in 1986 and was named Alumni of the Year in 2009. After serving in the military for two decades, Mastriano went on to earn several other degrees -four Master’s Degrees at various institutions and a Ph.D. at the University of New Brunswick in Canada in 2013. While his doctoral dissertation has come under criticism for “factual errors, amateurish archaeology and sloppy writing” by other historians, it is clear that Mastriano is no dummy. So why does he embrace such foolishness like Q-Anon and deny the results of the 2020 election, unless he is using his intelligence for destructive, even nefarious purposes? While I was not at Eastern when he was a student, I was there when he was named Alumni of the Year, and did not pay attention to these developments until he recently became a candidate.

A group of Eastern alumni has created a petition calling for the university to rescind its Alumni of the Year award, but other than that Eastern University’s administration has made no public announcements about Mastriano’s candidacy and the deeply harmful positions he has advocated. These days the university seems to be publicly reveling in their new football team and increasing enrollments, rather than the great damage a Mastriano governorship could bring to the Commonwealth and the country as a whole. While they might not want to take stands on specific issues, they at least can denounce his embrace of Christian nationalism, his alliance with the Q-Anon Conspiracy, and the embrace of “The Big Lie” about the 2020 election and the January 6 invasion of the Capitol. I call upon President Ron Matthews, the Board of Trustees and the Faculty Senate to take the prophetic stance of Amos, Micah and Jeremiah to denounce the illegitimacy and injustice of the Mastriano candidacy on those grounds. To remain silent is to implicitly allow such distortions of the Christian faith Eastern claims to uphold to go unchallenged.

While I did not grow up in the Mennonite Church, at college in the 1970s I was introduced to the theological teachings of the Anabaptist tradition of which the Mennonite Church is a major descendant. While in seminary I wrote my first major paper on an early Anabaptist theologian Balthasar Hubmaier and took a course on Anabaptist history. Upon graduation I seriously considered seeking ordination in the Mennonite Church but because I felt called to pastor in an urban context (and Mennonites were largely rural), I ended up being ordinated in the American Baptist Churches, USA. After leaving the pastorate in 1997, I eventually joined West Philadelphia Mennonite Church, where I immediately felt at home and have been for the last 20 years.

In the January 6, 2022 issue of The Anabaptist World, an independent journal reporting on issues and concerns for members of the Mennonite church, carried an article that indicated that Mastriano “has close connections to a Mennonite church,“ through Pond Bank Community Church in Chambersburg, PA. Pond Bank Community Church is part of the Conservative Mennonite Church (CMC) denomination. Like many Protestant groups, Mennonites share a common heritage but run the theological spectrum from conservative to liberal. While neither the church nor the Mastriano campaign has confirmed or denied that Mastriano is a church member, public statements and investigative reports indicate he has a close affiliation with the church. The Executive Director of the CMC stated clearly (in good Anabaptist fashion)” that the way of Jesus is not extended by political means…and does not attempt to bring the state under New Testament ethics for the church.”

So, for these reasons, it is troubling that Mastriano has often been linked with the rise of Christian nationalism.** While there are many facets to Christian nationalism, at its heart it seeks to impose Christian values and positions through the use of governmental power. Christian Nationalists routinely refer to the United States as a “Christian nation” and demonize those who hold other religious beliefs that differ significantly from conservative Christian views (even when those views are held by other Christians). Issues like outlawing abortion, making gay marriage illegal and banning Muslim immigrants are often high on their list of political priorities. While Mastriano has denied calling himself a Christian nationalist, his constant invoking of God for his political goals reflects a Christian nationalist sentiment. For instance, two days before taking six busloads of people to the January 6 rally, he publicly said he was “calling out to God for divine revelation.” That hardly sounds like drawing a line between one’s political beliefs and religious faith.

I call on Mennonite leaders like Glen Guyton and Brian Hershberger, Executive Directors of the Mennonite Church USA, and Brian Hershberger of the Conservative Mennonite Conference to speak clearly and publicly that Mastriano’s Christian nationalist rhetoric is inconsistent with his affiliation with a church in the Anabaptist tradition, and denounce false assertions such as the United States was founded as a solely Christian nation, and not a  nation for people of all races, creeds and religions.

Drawing on the Prophetic Tradition

Eastern University and the Mennonite Church have had a profound influence on how I have grown and developed over the last 25+ years. Some people might say that God has a sense of humor to have two people as different as Doug Mastriano and me sharing these two institutional affiliations. I wish I could get the joke, but political leaders like Doug Mastriano pose a deep threat to both the nation they say they love and the Christian faith they profess to believe. As recorded repeatedly in the Old Testament, there are times when prophets must speak out to right the ship, to clarify that the God of Abraham, Isaac, Jacob and Jesus calls to seek justice, walk humbly and seek mercy in the name of that God. Doug Mastriano does not reflect that sentiment and needs to be held to account.