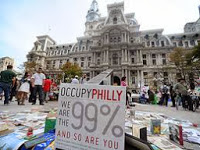 After several weeks of stymieing the government’s ability to operate by causing a shutdown and complaining about the expense of the Affordable Health Care Act (which unfortunately has not been launched all that effectively), House Republicans have now found some energy to start working again on a bill to weaken financial regulations placed on banks and investment brokers that were put in place following the 2008 financial crisis. In fact Citigroup lobbyists helped write one of the proposed bills.

Meanwhile the gap between the super rich and everyone else continues to widen. A recent New York Times article reported that in Forbes added 200 more names to its billionaires list . Banks are doing well. Luxury goods are flying off the shelves. Sales of million dollar homes jumped 37% just in the first half of this year. Charles Blow of the NY Times states: “it’s a great time to be a rich person in America. The rich are raking it in during this recovery.”

Meanwhile labor force participation fell to its lowest rate in 35 years. Unemployment is down because so many people have just given up looking for work and so no longer show up in the statistics. Child poverty has grown and homelessness is still high and these same representatives that want to help their Wall Street buddies also are working overtime to cut aid to low income families, education funds and of course health care.

These Republicans would say they are just being “business-friendly” but even that is not entirely true because while the Citigroups, Duponts and Comcasts of the world get huge tax breaks, the rest of the tax burden is picked up by small businesses and individuals. These mega companies hide their money in offshore accounts and thereby greatly reduce or altogether avoid paying taxes.

What I am saying is not news to anyone who has been paying attention. The Occupy Wall Street movement helped frame the issue as the 1% and the 99% but lacked the organizational strength to sustain a movement that needs to arise in this country in outrage at this disparity. I do my part in terms of responsible investing and investing my time in seeking to address these disparities both through

my teaching and my work beyond the classroom. For me the area of focus has primarily been in the area of education, but then more generally in trying to raise awareness and assisting those folks seeking to make a difference in their communities. Just last night I spent time with a couple developing their plan to help kids in their community  resist falling into the cycle of violence. It was a great conversation but seems like such an insignificant effort.

I regularly get calls from the Democratic Party asking me to donate so that we can vote out those nasty Republicans  in the House. My response is when the Democrats running a viable candidate in my district (which has one of those conservative, “business-friendly” Republicans), then I will donate. Three weeks later I get the same call and we have the same conversation. The Democrats have better rhetoric, but have not shown much stomach for really revamping the priorities either. And obviously they aren’t listening to my concerns.

It’s not like no one is trying. Locally POWER is taking on disparities in wages and calling for a fair funding formula for public education funding at the state level. Tavis Smiley and Cornel West did their Poverty Tour a year ago. I have heard Al Sharpton makes some strong statements and his National Action Network is trying to rally energy around the issues. Yet it all seems so weak by comparison. I am eager to sign up, but where?

For now I am just disgusted.