Dear Congress – How about talking to ALL your constituents

Senator Pat Toomey is a Republican Senator from Pennsylvania, and therefore, one of my Senators in Congress. He also has been very involved in crafting the tax bill that is working its way through the Senate (with minimal debate) and eventually will be reconciled with a similar bill passed in the House of Representatives. In his last two weekly email alerts, he has written: My office and I have been speaking to Pennsylvania business leaders about what tax reform means to them… “ Like most of the talking heads out of the Republican leadership, they seem to assume that (1) the only ones who know anything about taxes are business leaders; and (2) therefore it is only their views that matters. Toomey’s Pennsylvania Senate colleague, Bob Casey, counters by calling the tax bill “a massive giveaway to the wealthy at the expense of the middle class.” Non-partisan analysts agree with Casey that whatever benefits may come from this bill, the average middle-class Americans will not be the beneficiaries. Instead, it will be the corporations and CEOs. 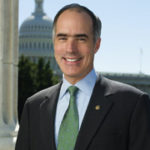 Why won’t Senator Toomey and all his colleagues consult the low-income workers in their states? How about the service workers who must work two and three jobs to stay afloat? How about talking to teachers in underfunded schools or community workers reaching out to those who may not have enough get by on? Did they consult the senior citizens whose Medicare payments may be cut, or the single moms & dads trying to feed a family on one paycheck? How about the mid-level workers in these large companies: the folks in the warehouses, the factories, and the office carrels? Could it be these folks might not be so wild about a tax plan and continues to line the pockets of the wealthy?

Todd Carmichael, CEO of La Colombe coffee in a recent editorial says it plainly: [W]hat every CEO knows but won’t tell you is this: A tax break for their company simply means a fatter bottom line. Not jobs. Not investment. Just more money in the pockets of folks like me.” Carmichael goes on to explain that the economy is overstimulated and there are unprecedented amounts of money already looking for investment. In essence, he is saying companies have more money than they know what to do with and their only options are to reward shareholders or themselves. He concludes: “Congress is missing the majority of Americans who need a stimulus.”

Now don’t get me wrong, I am not against business per se, but there is a difference between global corporate giants like Comcast or Exxon, and the local Burlap and Bean coffee shop or the young entrepreneur starting a software consulting business. And there is a big difference between giving a break to a corporate giant like Jamie Dimon of Goldman- Sachs, and Mavis the haridresser or Tood the mechanic. 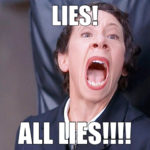 The promise we are being given is that if big business gets a tax break, they will create jobs or bring jobs back to the U.S. Businesses are sitting on some their highest revenues in a decade, and they aren’t creating jobs, they are giving their CEOs bonuses and their stockholders bigger dividends. We have been down this road before in the 1980’s with Ronald Reagan and “trickle-down economics.” Business got huge breaks, big business made off like bandits and bottom lines looked really good, and economic disparity grew. The gap between the 1% and everyone else started with the Reagan tax cuts, and most of us have been short-changed ever since. If we want to incentivize the creation and return of jobs, give tax breaks to those businesses who actually create jobs or increase good-paying jobs. Isn’t that the capitalist way – reward those who actually work for it? Give tax breaks to businesses that partner with local public schools to help train the next generation of workers. Assure that any tax breaks businesses get don’t go first to shareholders or executives but result in a pay increase to mid-level workers and below.

In this blog I have regularly talked about our government as not a democracy but rather a plutocracy. This proposed bill is one of the most blatant examples of that. My guess is if Senator Toomey and his ilk didn’t just talk to their wealthy business funders, but spoke to all the different sectors of people they actually are elected to represent (and cared about what they heard), they would not be so sure of this bill. We must call this tax bill what it is: a scam on the average citizen.. Whether we personally win or lose with this tax plan, if we are people of faith and conscience, we must realize this tax bill is a scam and a scourge on low-income and working-class people, and we must say NO! And if it passes, which it may, we must devise ways to stall, obstruct, undermine and otherwise render inert this effort by Congress to ignore their constituents. If they will not come to us, we must get in their face, be it thru letters, marches, or civil disobedience, if necessary.

What these legislators are trying to do is immoral, obscene and evil, and must be stopped.