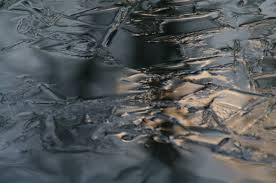 A few years ago, I was inspired by a former student of mine who lives in Minneapolis, MN and bikes around the city throughout the year. Once I visited her on a cold March day when the temperature was in the teens and the wind chill was below zero. I asked her if she would go out on her bike on a day like that day, and she said: “There is never weather that is wrong for biking, just wrong clothing for certain kinds of weather.” After hearing those words, I began riding my bike deeper and deeper into the winter to the point that this year I plan to bike year-round.

So, the other morning I went out on my bike. The temperature was in the mid 30’s, and the snow from a few days before had melted as a result of a light overnight rain. The air was clear and there was only a slight breeze. I had on my Under Armour, two long sleeve biking shirts, and a light jacket, plus my helmet and gloves; it felt good to get out on the bike after a few days off. When I went to mount my bike, I noticed a few slippery spots on the pavement, but paid them no mind because the road itself seemed clear. Off I went. 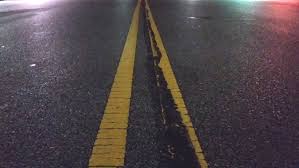 In climates like we have in Southeastern Pennsylvania there is a phenomenon called black ice. Our temperature on many winter days tends to hover around the freezing mark. When it snows or rains, during the day the snow and ice will melt, but then freeze again over night. Often in the mornings an indiscernible, razor-thin layer of ice will form, especially on sidewalks and roads. One only knows the ice is there when one walks on it. This razor-thin, invisible ice is called black ice.

At about the three-quarter mile mark of a route I often take on my morning rides, there is a right turn from one residential street to another. By that point in the ride, I have begun to pick up speed and I lean into the curve. On this particular morning I approached the curve like I had thousands of times before, only this time when I leaned, my tires lost their traction, and I found myself falling with the bike and sliding across the road. I had hit black ice. Fortunately, there were no cars immediately behind me, so I was able to get up, grab the bike and a few of the attachments that had fallen off, and get to the side of the road before anyone else came to that corner. A woman driving by who had seen me fall asked if I was alright. I assured her I was, as I carefully and gingerly rode back home. Other than a sore hip, the only other casualty was my bruised ego and a feeling of how stupid I had been for not realizing the conditions I was riding in.

The next day, after the ice had truly melted, I got on my bike and rode that same route. My body was a bit sore from the fall, but I was determined to face my fear of falling and go through that curve, so it wouldn’t haunt me. Thousands of bikers have serious accidents each year.  I have been fortunate to have had only two accidents, neither of which were physically detrimental. Nevertheless, I must say that for a while now, I will be a bit more cautious and leery of black ice, especially when I go around corners.

As I rode that second morning I realized that black ice is a perfect metaphor for how I feel as I enter the new year. Since the election of Donald Trump, our nation has witnessed a spectacle of arrogance, ignorance and disregard for accepted standards of respect and decency. Trump’s apologists have quit suggesting that when he is inaugurated that he will change and become more “presidential” and civil. He lies, he blusters, he berates those who disagree with him, and he sends out his salacious tweets with an impunity that seems careless and irresponsible. He has nominated a cast of billionaires and extreme conservatives to be in his cabinet, most of whom seem poised to dismantle the very agencies they are being appointed to lead. They have a collective history of making a lot of money but not necessarily building bridges of understanding and cooperation across differences of political ideology, race, and culture. Like their future boss, they cumulatively lack any significant political experience, and lift up that deficit as one of their greatest assets.

Donald Trump contradicts himself weekly, if not daily. He says he will release his taxes when they are audited; now he will never release them. He is going to distance himself from his business dealings by giving control over to his sons, and never talk business; ri-i-ight. He praises Russian leader Vladimir Putin, and denounces his own intelligence community that tells him that Putin has orchestrated major efforts to hack into U.S. government and political organizations. He will often praise and denounce members of Congress in a single day. He says he knows things that no one else in the government or CIA knows, but never tells anyone what it is he knows. Never has an incoming president had so many pending lawsuits against him, conflicts of interest and ethical deficiencies.

Those people who voted for and support the incoming president share his disdain for the established order. They are unconcerned about his ethical controversies, sexual escapades, his disparagement of the media and his arrogant bluster. They believe he is a man of decision who will turn the economy around, bring jobs back to the country, and re-establish the nation’s status in the world. If those things are possible (which is questionable), at what cost? How long will it be before Trump meets a national leader he can’t push around? How much longer can the US ignore its responsibility to move away from a carbon-based energy economy in order to slow global warming? How many lives will be lost in wars on the streets of our nation or on battlefields around the world because of his “tough-guy stance? How many people will suffer the loss of healthcare, jobs, homes and quality education when his appointed cabinet members start dismantling systems to assist the poor? How long will it be before Trump realizes policy statements need to contain more than 140 characters?

While Trump has his true believers, a large percentage of the country fear our next president is leading the nation down a dangerous path. I am one of them. We are not exactly sure what the future will be, but expect it will be a tumultuous and dangerous. At least for me, it feels a little bit like black ice. I know that there is going to major disruption and danger, I just don’t know when or where, and because Donald Trump is so impulsive and goes off on meaningless things (like calling Meryl Streep an over-rated actress – really now!), we won’t see it coming until we are right on it.

I know the folks at Fox News, Alt-Right, the Tea Party, the one-percenters and their ilk are excited about what a Trump presidency will bring. I am of a different mind. By contrast, I am approaching this year like I approached that curve the day after I fell. I am moving forward, continuing to work toward the kind of society and world I and others feel called to create, but I am moving forward with an awareness of danger we may not be able to see until we are right upon it 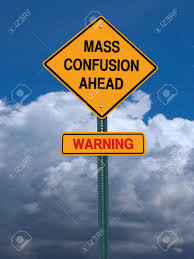