Addressing Guns at the Level of Culture

Three years ago on a sabbatical, I spent some time studying the gun culture. I read a few books by sociologists who had interviewed gun enthusiasts and spent a fair amount of time on the websites of organizations like the NRA and the Gun Owners of America. (One thing I did not do, which I intend to do in the near future, is attend a gun show and talk to folks; I have to admit the prospect is a bit unnerving).
At the same time I have paid attention to the people most outspoken in favor relaxing restrictions on guns, and why they think that is so important. A couple weeks ago I attended a gun violence prevention rally and a small group of pro-gun counter-demonstrators were waving American flags and signs while their long guns were conspicuously strapped over their backs. They looked pathetically ridiculous to me, but they were dead serious, and in the next day’s news they were displayed nearly as prominently as the gun violence prevention advocates; for good or ill they have the media’s attention.
Then  I thought about my June 6 posting (“It Starts with the Guns, Stupid!”), which attracted 4-5 pro gun advocates who berated my position that guns should be more fully regulated (expanded background checks, one handgun a month limits, mandated reporting of lost or stolen guns) so as to discourage straw purchasers. I got comments like the following: 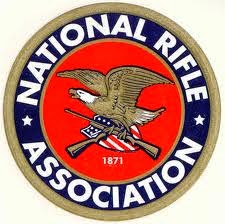 Despite several attempts to say I wasn’t against legal gun ownership, these critics took my comments to mean I covertly wanted to rid all guns from all persons. Statistics and facts about the relationship between the prevalence of guns and gun-related injuries and fatalities were not persuasive.  In the end the only things I could get them to agree with was (1) they had a basic mistrust of the government and so opposed any sort of government regulation and (2) they believed that violence is inevitable so they felt a need to arm themselves in self-defense.
Now, I grant you I don’t endorse this way of thinking, but I have come to the conclusion that any effective strategy to reduce the prevalence of guns in our society needs to address the issue at the level of culture.  In a recent NY Times Op Ed Brendan Nyhan wrote about “When Facts and Beliefs Collide.” While he was speaking about global warming debate (more specifically why certain climate change detractors aren’t convinced by scientific facts), I think his insights apply equally to the issue of guns. He writes “The deeper problem is that citizens participate in public life precisely because they believe the issues at stake relate to their values and ideals…” 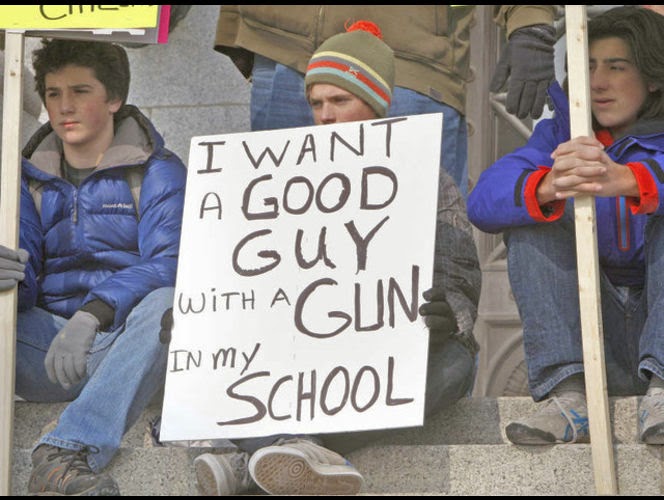 When Nyhan speaks of values and ideals, he is talking about what makes human beings unique and about the power of culture. Culture is what gives people a sense of meaning and belonging, who I am and who I belong to.  People will go to the mat for their values and ideals. Values and ideals are the origin of some of the world’s greatest good (Think: King’s “I Have a Dream” speech) and most incredible evil (Think: Hitler’s “Final Solution”). People will often allow their reason and common sense to be guided by values and ideals, and they interpret their reality through the lens of those values and ideals. That’s why, as Nyhan points out, people with strong values and ideals are not swayed by facts, logic or reason. They have no need of them because their culture has already given them their truth.
For pro-gun advocates, the Second Amendment is the center of their truth. The right to bear arms is an all-encompassing ideal that shades everything they believe. They believe that if every home had a gun in it, we would all be safer. From who or what I am not sure, since everyone would have the ability to shoot each other, but that is their belief. When I heard young woman who I deeply respect say that to me recently, I nearly fell off my chair. For me a gun in every home is frightening, to her it was safety.

All of which brings me back to culture. Guns and violence are deeply embedded in the American social psyche; in some quarters they are central to what it means to be a man, a husband, a father.  Our heroes, our favorite movies, our favorite TV shows, our sports – center around the use of violence to solve problems, and often that violence involves guns. Guns are the ultimate expression of individualism; one can protect his (usually it is a he) loved ones without need of help from others. For many the gun culture is a source of camaraderie, much like old Army buddies gathering for reunions. And let’s not forget, it is a huge business. God, family, patriotism, manhood, freedom – all get wrapped up with the right to bear arms. Values, ideals, beliefs – these are the stuff of culture.
Somehow we must find a way to engage the pro-gun folks on this level – the level of their values, beliefs and ideals. What that looks like and how that is done, I am not sure. However, there was a time when smoking was considerate sophisticated and cool; now it is seen as pathetic and pitiable. Culture changed around tobacco; it can change around guns.
It has too or we will never break the polarization that exists. Simply focusing on facts will not win the day. Political victories in this age of big money seem few and far between. High profiling shootings, not to mention the nightly tragedies in many urban communities have not created a sense of urgency. I am not suggesting we ignore the facts, or stop pursuing political avenues or turn fatalistic toward the daily carnage. However, I am suggesting that unless we can engage American pro-gun culture on the level of ideals, beliefs and values, we will never prevail. 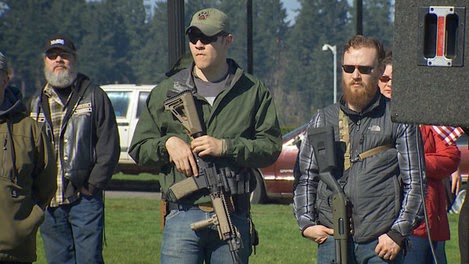