A Prayer for a Muslim Gandhi or Mandela 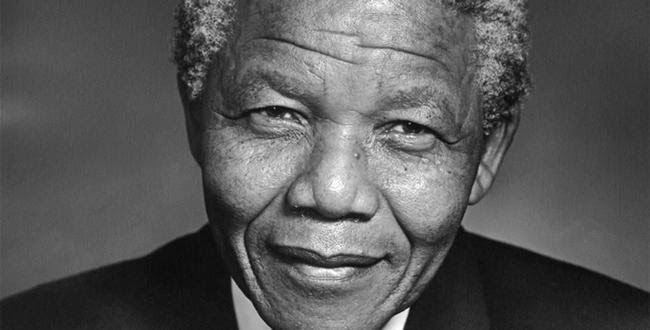 As I have read about the growing conflict in Iraq between ISIS (The Islamic State in Iraq and Syria) and the Iraqi government, I find myself wondering if there is someone or some group within the Islamic world that can help these two Muslim factions avoid massive casualties and untold suffering on either side. ISIS is primarily led by Sunni Muslims, whereas the president Nouri al-Maliki and the ruling faction in Iraq are primarily made up of Shia Muslims. Meanwhile various governments in the Mideast have lined up on one side or the other: Saudi Arabia, al-Qaeda, the Taliban, and ISIS are Sunni while the government of Syria, Iran, and Hezbollah (Lebanon) are Shia. While I don’t fully understand the difference between the two groups or the reason for the conflict, there has obviously been a long standing animosity between extreme elements in both groups which has led to the current conflict. As much as we in the West worry about Islamic extremism, the ones who have suffered and died the most are Muslims themselves.
While there are political conservatives like John McCain and Dick Cheney calling for Pres. Obama to insert U.S. troops into the conflict, others like myself have wondered, couldn’t we serve in some mediating role. However, when one looks at the whole situation, it is clear that the United States and most of Europe have lost credibility and therefore the ability and to serve any constructive role in the region. Recently, John Stewart beautifully and succinctly outlined the West’s problem in the region in a segment he called “Middle Eastern Politics: a Love Story.” While some U.S. officials have warmed to the idea of Iran coming to the aid of the Iraqi government, our dependence on oil form Saudi Arabia keeps us from getting too close to Iranians. Meanwhile we are also dependent on Iraqi oil, so how do we respond without alienating our allies/potential allies or are oil-rich business partners?(As an aside this does help make the case for alternative energy sources and lessening our dependence on oil).
Recently in church I found myself praying that someone with credibility with or within the Muslim world might arise and address the problem of this divide. The NY Times reported that a Shiite cleric has called for his fellow Shiites to join the military battle against the Sunni based ISIS. That wasn’t the kind of action I was hoping for. From what I can see from here there is no clear good side or bad side; both have suffered oppression, alienation, violence and endless suffering. To turn on each other as they often do, only heightens all of those things.

Mahatma Gandhi, a Hindu, returned to India in 1914 to find his country suffering under British rule while also deeply divided between Hindus and Muslims. Through the force of his vision and message, he was able to lead these disparate factions in an effort that eventually led to Indian independence. Even so, he was killed by a Hindu extremists, and the former British colony eventually divided into three countries (India, Pakistan and Bangladesh) divided in part by religious belief. However, in his time Gandhi was able to help them see beyond their differences to a common cause.
Likewise, while still in prison Nelson Mandela began brokering a deal with the apartheid government that not only led to his release, but also enabled him to call for the Truth and Reconciliation commission, whose role was to invite perpetrators of violence and atrocities to acknowledge their actions in exchange for pardon. The TRC and Mandela went a long way from preventing South African from spiraling into racial violence. While there are still great disparity between whites and blacks in South Africa, Mandela did leave a framework for bringing justice peacefully.
From my interaction with Muslims in this country I have found them to be peace-loving people who long for the same kinds of things, that I as a Christian long for my community and world. We all want equity, freedom from oppression and the liberty to pursue of life of meaning and purpose. I refuse to be deceived by the media stereotype of Muslims as extremists. I will no more judge the Islamic faith by those who use it as a lever for power, than I would want my Christian faith to be evaluated on the basis of rabid, gun-toting Christian white supremacists.  At the heart of the Christian faith is a commitment to justice, reconciliation and peace, and I have found the same sentiments among my Muslim brothers and sisters. While our belief systems differ, our concern for human need  and the just ends we seek does not.
The continuing conflicts in Iraq, Syria, Israel-Palestine, Yemen, Iran and elsewhere are deeply troubling and frankly quite scary. Violent conflict never has and never will bring a modicum of peace to the region. So I find myself praying for a Muslim Gandhi, or a Mandela or some group with the will and credibility within the Islamic world, to arise to help bring sanity to an insane conflict and deeply divided part of the world.