A Lesson from History, A Challenge to the Future 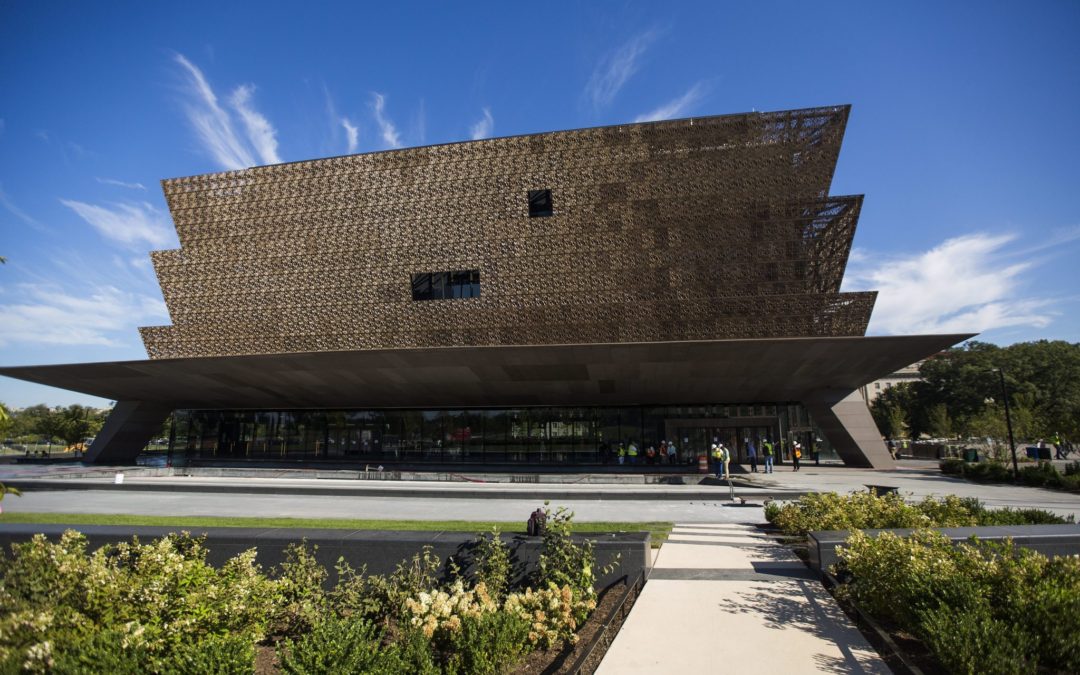 History, despite its wrenching pain

Cannot be unlived, but if faced

With courage, need not be lived again

(Maya Angelou –“Pulse of the Morning”)

This past week, my wife and I made a trip to Washington, DC to visit the African- American History Museum, which opened just last year. Though it was a blustery weekday, the museum was filled with school groups, senior citizen tour groups, families with children, and folks like my wife and me.  If I could capture in a few words what for me was the message of the museum, they would be found in these words from Maya Angelou’s 1992 Inauguration poem “Pulse of the Morning.”

Over the past several decades I have made an effort to fill in the gaps left by my high school and college education (or should I say mis-education) as to the history of African- Americans. My background, like that of many American white folks, was devoid of any real analysis and discussion of the African-American experience, and so I have taken pains to read and learn from any and all that I can. Several years ago, I discovered the Lest We Forget Slavery Museum in Philadelphia and since then have taken groups of students to see, hear and  touch the history of slavery, Reconstruction, Jim Cro 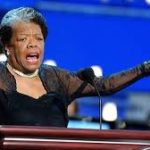 w and the continuing impact of that history on our present. About five years ago, my wife and I took the Returning to the Roots Civil Rights Bus Tour organized by Dr. Todd Allen of Grove City College, where were able to visit the significant sites of the Civil Rights Movement and talk to some of the veterans still living from that struggle. Moved by the stories and events, I wrote White Allies in the Struggle for Racial Justice to highlight some of the stories of little known whites who joined the struggle for racial justice through U.S. history. My purpose in writing the book was not to eclipse what thousands  of African Americans struggled to achieve over the 500 years, but rather to provide role models for whites grappling with their own racist pasts, so as to respond today in a way that makes whites co-conspirators in the work for racial justice today. Through it all, I have continued to study, listen, and examine my own racial attitudes and blind spots.

Because of this personal work, much of the information displayed at the museum was not new to me. Certainly, there were many stories and aspects of the African-American experience that enriched my understanding. However, the most powerful takeaway was the cumulative effect of that history on me as a white person. The tour begins in Africa in the 1400’s detailing the origins of the slave trade. Then one literally walks through history  seeing exhibits, pictures, and films of the slave era, the Abolitionist Movement, the Civil War, Reconstruction, Jim Crow, founding of organizations like the NAACP and Urban League, the Civil Rights Movement, the Black Power movement right on up to the Black Lives Matter movement. In each era one is introduced to the lives and words of individuals, mostly unknown, who impacted history and moved it forward.

One of the last stops before exiting the exhibit era is a three minute film featuring well known white individuals such as Stephen Colbert, Bill Moyers and Tim Wise discussing Whiteness and the responsibility of whites to delegitimize and deconstruct the power of Whiteness to oppress and marginalize people of color. For me this film was the crowning statement of the whole museum in two ways. First, it reinforced that there is still work to do, especially for whites, to come to grips with the history of our ancestors, so that (in Maya Angelou’s words) we can have the courage to not live that history again. Second, the film made clear that racism, white power, and race-based oppression are still very much alive and so must be continually resisted.

A few days before our visit, President Trump, Dr. Ben Carson and members of the Trump family visited the museum. The tour took us nearly four hours so I wondered how long Pres. Trump actually spent taking in the exhibits. I wondered if President Trump stopped to watch that final video, calling on whites to dismantle racism in the country. Following his visit, he spoke out against the anti-Semitic acts committed in recent weeks and the racist-driven murder of two Indians in Kansas. Yet, a few days after his visit to the museum, he spoke on national television to a joint session of Congress and vilified a whole race of people, who happened to be undocumented immigrants, by calling attention to a few individuals who committed horrible criminal acts. Would I or Pres. Trump 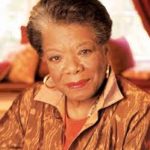 be held accountable for all the atrocities whites have committed in the past and present? Why characterize all immigrants in such a distorted and demeaning way? I had to wonder what he actually took away from his visit.

I know for me I was reminded there is much more we whites have to learn and unlearn, if we are serious about working for racial justice here and abroad. I left the museum inspired, deeply humbled and challenged once again to keep the atrocities and pain of the past as memories and lesson, so as not to live them again in the present and future.

Later in “Pulse of the Morning, Angelou writes:

To place new steps of change.

Here, on the pulse of a new day.

I am thankful for spaces like the African-American History Museum and its call and invitation for all people to live a new way in a new day.