Why Legal Gun Owners Ought to Support Gun Violence Prevention 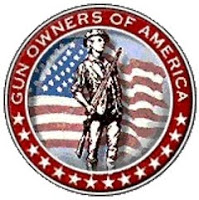 It has been just over a year since I, along with eleven others, were arrested for our direct action against Colisimo’s Gun Shop. We had focused on Colisimo’s because ATF statistics had indicated that his shop was a major source of illegal guns used in crimes. As it turned out Mr. Colisimo profited greatly from the straw purchasing process that gets illegal guns in to the hands of street criminals, causing harm and fear to many law-abiding citizens in urban neighborhoods. In September the US Attorney agreed with us and shut Mr. Colisimo down. The work of Heeding God’s Call continues as we are now looking to take similar actions against gun sellers in the Philadelphia area and even beyond.

One of the stranger experiences for me over this past year has been the number of legal gun owners who have accused us of wanting to take away their Second Amendment rights to bear arms. Some of these folks have responded to my blogs anonymously or written me private emails with their objections. Putting aside the argument whether that is what the founding fathers actually intended (for now the Supreme Court in its twisted logic seems to believe they did), our issue is not with legal gun owners, but rather with a huge loophole in the gun selling process that allows for legally sold guns to quickly and without retribution get into the hands of people who use those guns in crime. We want common sense laws that say if a person has a gun lost or stolen, they should have to report it to the police. We want to limit the sale of handguns to one per month. That is it.

What I don’t understand is why legal gun owners would oppose such common sense laws. The argument they give, and their NRA sponsors feed them, is the “slippery slope” argument. If we limit handguns, pretty soon, we will want to take their hunting rifles and collector guns as well. Now I will admit, I want to take AK-47’s and other assault rifles off the open market, but I am not out to take away anyone’s right to own a gun. The fallacy of the slippery slope argument is that if there is a slope it’s going the way of gun owners not against them. In the last year Pres. Obama has authorized the carrying of concealed weapons in National Parks and on Amtrak trains – laws that had been in force since the Reagan era. See an MSNBC report from on these developments here.

The fact is all these illegal guns put gun owners in a bad light. Every time there is a shooting, it emphasizes again the lethal nature of our culture. Every time a cop is gunned down, a campus is shot up, or an army base terrorized (as has happened far too often in the past few years), it sends the message that people with guns are a menace to society. Now I don’t necessarily believe that, but I do know that having guns around makes everyone more vulnerable, and people with guns more dangerous. So if I was a legal gun owner, I would want to make sure that people who do such things would be prevented for taking such actions.

Even using the pro-gun argument that handguns provide security, wouldn’t it make sense to keep guns out of the hands of those who should not have them? If a gun is “stolen” or “lost” (the strawbuyer’s thinly veiled excuse for not having a gun they bought and sold to another), shouldn’t it be reported for the safety of all involved? If the pro-gun lobby is so concerned about safety, why not support efforts to keep us all safe?

Now for many I realize the issue is not just safety but also the “freedom” to own and purchase a gun. However freedom comes with responsibility, and while I trust that most gun owners are responsible, to pass common sense laws for the benefit of a whole community is also part of that responsibility. Responsible gun owners don’t keep loaded guns lying around their homes, so why do we allow illegal loaded guns in our communities? Responsible gun owners keep guns out of the hands of those not mature enough or stable enough to use them, so why do we have laws that allow such people to have guns in our neighborhoods?

Now I realize is that this issue will never be won by logic alone. For gun owners to rail against a group trying to stop gun shops that participate in straw purchasing defies logic. For gun owners to object to laws that will not limit them, but make it more difficult for illegal guns to get on the street, defies logic. When the slippery slope argument is used or when the NRA says that such laws will limit freedom, they aren’t spouting rational arguments, they are appealing to gun owners’ fears that someone will take their gun away; for many gun owners the issue isn’t about logic but stirred up emotions. Furthermore, as I have said elsewhere in this blog, there is something deeply embedded in American culture that make the right to own guns as patriotic as mom and apple pie.

I am reminded of the Bob Dylan song “Blowing in the Wind” made popular years ago by Peter, Paul and Mary. While the song was a statement about the devastation of war, there is a line in there that speaks to our current struggle over the sale and use of guns

“How many deaths will it take ’til he knows that too many people have died?”

That’s the question that drives me and many others in the gun violence prevention movement to keep at it. Legal gun owners, if they thought straight about it, would and should join our efforts.