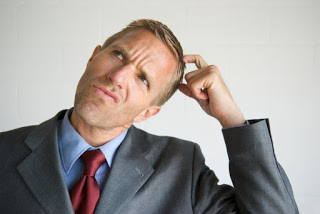 On the first Thursday morning of every month I participate in a multi-racial, multi-faith discussion group on race called NewCORE (New Conversations on Race and Ethnicity), an organization founded eight years ago after then-Senator Barack Obama’ landmark speech on race in which he called for a new conversation on race. The format for our group is pretty simple. Each month there is a “presenter” who tells his or her “race story,” while the rest of us listen intently, and then ask questions designed to draw more of the person’s story.  Soon the conversation deepens into an exploration of how we are seeking to live out our lives and professions in ways that fight racism and promote greater inter-racial understanding.

During a discussion a couple months ago, a white Jewish woman said: “I don’t have a desire to be a white male, but I have always wondered what it would be like to be a white male just for a day.” Sitting next to me was a African-American pastor who I have known for nearly 18 years, who turned to me in good humor and said loud enough for all to hear “Yea, Drick what is it like to be a white guy?”

I looked at the only other white male in the room (in a group of about 15), rolled my eyes, and said: “Well, in this group, it’s not all that it’s cracked up to be.” Despite that response, the question has hung with me these past two months, as I have wondered what my white Jewish female colleague and my black male friend would see or experience if there were put on my skin for a day.

Peggy McIntosh in her classic essay on White Male Privilege makes the point that one of the characteristics of privilege is that most of the time one is largely unaware he has it. Thus there are aspects of my whiteness and male-ness that  females and non-white males see to which I am just plain oblivious. Over the last twenty years or so, I have deliberately and consciously sought out relationships and learning events where I can be enlightened and reminded of the ways in which my whiteness and maleness gives me credibility and respectability others are denied. I have become sensitive to the ways in which I am given information or access unavailable to others. When the opportunity arises I have sought to call attention to the ways in which I sense women and people of color have been excluded. I have consciously worked to put myself in positions where I am under the leadership of or learning from women and people of color. I believe all of these efforts are positive, yet as my colleague Alexia Salvatierra often reminds folks, the very nature of privilege is that one has a choice as to whether or not to engage these issues. So I suspect that one of the first things my female and black colleague would notice is the extra choices my white male skin would give them.

I have become increasingly aware of how much in the normal course of the day, I am given deference, even without asking for it. I work with an African American woman, and often we will compare notes on how we were received or responded to, and consistently I am given special or positive treatment she is denied. Moreover, in my work environment I rarely walk into a room where the group is not dominated by white folks and run by white folks. In those instances where I am in a room dominated by people of color, I know implicitly it is the exception in that environment, not the rule. Over the past few years I have seen the administration of my university turn over to almost completely white men. With this group I have tried to use the power of my white maleness to raise ignored issues such as the exclusion of women and folks of color in places of power, or how the “diversity” we are so proud of is not consistently spread across the university. While folks don’t like to hear me say such things, I get a hearing, and I don’t have to fear being accused of playing the “race card,” whereas folks of color always have to weigh the risks of speaking up. So I suspect if my colleagues had on my white male skin they would see much more attention paid to their concerns and with a great deal more respect than they are used to.

However, the thing my colleagues could not get in a day of being white would be the entire history of my life as a white guy being told in subtle and not-so-subtle ways that I am better-than, smarter-than, more well-connected-than and therefore more deserving-than others. Being given those messages (especially when you don’t know that is what is being said) leads to a kind of entitlement which I often feel, but I have learned I did not earn or deserve. I can look at any corporate board, or any table of leaders, or any list of outstanding citizens and see people like me. Despite all the talk about diversity and inclusion, white guys still run the world in their white ways.

Even the messages about my privilege can be twisted into a kind of superiority. I remember my parents stressing that because I had come from a  “good home” where I was loved and provided for, I had a responsibility to “give back to society” and help others. My parents not only taught that philanthropic spirit, they modeled it. The same message was stressed in the large, all-white suburban church we attended. Seemingly a good thing, it led me to feel like it was my “calling” to go an help the “less fortunate”, which has been the trajectory of my life since high school. I don’t regret following this path, yet even in that message there was the meta-message that I was better-than and that THEY needed the help, not me. Consequently, I have spent my adulthood seeking to reshape that message into a frame of mutual learning and mutual need, but every once in a while my “do-gooder” elitism emerges.

Unless my colleagues had lived a lifetime with that constant message of being just a little bit better than, I don’t know if they would have the inflated white male ego I sometimes recognize in myself. It is not who I am but it is the person I am told I am supposed to be, and it can catch me off guard at the strangest times. Being told and believing I have something to offer others is a source of inner confidence, but the more aware I become of my internalized racist superiority, the more I realize that confidence is sometimes misplaced.

I am fortunate to have friends and colleagues with whom I can discuss these things. I have groups like NewCORE, Training for Change, and workshops at Temple University’s Office of Institutional Diversity, Equity, Advocacy and Leadership that help keep me humble and keep me seeking ways to be a more reliable anti-racist ally. I have friends, colleagues and students who regularly point me in the direction of authors they think I should read. I am fortunate to have these people and resources in my grasp. They keep me learning, growing, and humble.

Were it possible for my white Jewish female and African-American male colleagues to get inside my skin for just one day, they would not necessarily have the life history that white male privilege affords one. Nonetheless, I suspect there would still be lots of things they would see, feel, hear, and sense that I have yet to learn or become aware of. So what is it like to be a white guy? I have some idea, but there is still much I have to learn and ways I need to change. It will take a lifetime… and then some … to find the answer.