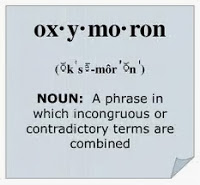 Recently, I came across an open letter written by Asian-American Activist Kil Ja Kim entitled “The White Anti-Racist is an Oxymoron.” I encourage you to read it for yourself (link here ), but here is a short summary. She begins with the observation that “whiteness is a structure of domination” which is “at the heart of the U.S. social, economic and political system.” It is important to note that Kim writes this letter specifically for those whites who see themselves as actively working to dismantle that white supremacist system. Yet as she points out white people are those who benefit from the system and for whom and by whom the system was created. Even as white anti-racists work to dismantle the system, they are benefiting by it.

Whites cannot be but what and who they are. Kim is particularly bothered by whites who try to use their anti-racist stance as a badge of honor and who try to emulate people of color in their dress, hairstyles, speech and lifestyle. They try to take on some sort of “marginalized” social position not realizing that for whites such a position is largely a matter of choice, whereas for people of color there is no choice; marginalization is the position the white supremacist system has placed them in.

From my perspective Kim’s most damning statement is that “white activism, especially white anti-racism, is predicated on an economy of gratitude,” by which she means that anti-racist whites expect people of color to be grateful for them having joined the liberation cause. She points out that while people of color may be thankful for their white allies, those same people of color are often made to feel inferior for needing “help” in the first place. She concludes by challenging whites to do their own work, and to “figure out ways in which whiteness needs to die as a social structure and as an identity in which [whites] organize [their] anti-racist work.”

I plead guilty to having thought or done everything Kim mentions in her letter, and more. Most, if not all, that she says is true for most whites involved in anti-racist work. I have come to realize that I cannot not be racist. Like a fetus in the womb of a drug addicted woman, I was born addicted to racist privilege. This is not to say that my parents or any one in my extended family was a member of the KKK or a white supremacist group. On the contrary, my family has generally been liberally minded and inclusive when it comes to matters of race. However, the privilege we enjoy living in this society simply because we are white (See Peggy McIntosh’s classic essay on white privilege), the financial wealth we inherit because it could be passed down, the access to education, employment, cultural opportunities and more – these are all things that come to us as whites  simply because we are white. The society around us, the media we watch, the education we receive, the history we read and much more has explicitly and implicitly contended that the white way of life is the norm while at the same time has demeaned or  ignored the contributions of  people of color in those same arenas. So, yes for these reasons and many more, I am a racist.

I also consider myself an anti-racist ally; therein lies the contradiction. In my teaching, writing and work for gun violence prevention and educational justice I seek to name, challenge and dismantle structures of privilege and oppression (often two sides of the same coin). In my consumer choices, my investments, my friendships, and work relationships, I seek to be a voice and advocate for equity and justice. I have tried to do these things always maintaining relationships of accountability with friends of color who can and will set me straight. In spite of my best efforts I have spoken, acted, and thought in ways that betray my attachment to whiteness and my racism. Moreover, I take for granted many things that come to me simply because I am white. I try to be aware of such things, but I know I mess up much more than I wish.

I will also admit to participating in what Kim calls the “economy of gratitude.” In the past I have expected people of color to be thankful that I am ‘on their side.” However, I no longer think that way. I now realize that it is in the long term interest of white people, as well as people of color, that the structures of white power and privilege be dismantled. White anti-racist speaker, Tim Wise says it this way: “I fight racism because racism is a sickness in my community, and it damages me” (White Like Me, p. 182).  The laws and structures that degrade and dehumanize people of color in other ways dehumanize whites. The racism embedded in white society distorts and disables whites from living in the world as it is, even as it oppresses and alienates people of color.

I no longer expect people of color to appreciate me. In fact if I am honest I will admit that I need people of color to challenge me and hold me accountable, and make me feel uncomfortable from time to time. Kim ends her essay saying that people of color have got their work to do and whites have their work to do. Whites’ work is to figure out how dismantle whiteness and build identity on something other than the power and privilege that comes from simply being white. That system, while it is still in place, is a dying system, and keeps whites from living in meaningful relationships across differences of race and culture. It keeps whites from seeing themselves clearly for who they are. It keeps them from seeing the huge mistakes and crimes that their ancestors have perpetrated through history. It keeps them from embracing the present and future diversity in our country. It causes them  to fear those who are not like them. It cripples them, it cripples me, in so many ways.

So I accept that I am an oxymoron, a walking contradiction. At the same time I aspire to be a living paradox, an apparent contradiction that seeks a deeper truth and reality of what it means to be human. So for the time being, I will accept feeling out of place in the world – not at home in the company of whites who take their privilege for granted, while simultaneously accepting that people of color have an understandable and justifiable distrust of white anti-racists  like myself. Not always a comfortable feeling, but I think and hope it is the right way to try and live out my convictions for racial justice.