What if Zaccheus was a Wall Street Banker? 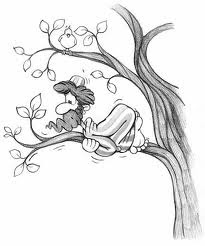 Readers of the New Testament are well acquainted with the story in Luke 19 of Zaccheus the tax collector who made a radical change in his life after an encounter with Jesus. For those not familiar with the story, let me give a brief summary. Zaccheus was short, irascible man in the employ of the Roman governing authorities as a tax-collector. Think Danny DeVito with a tunic. One day Jesus was passing with his entourage through Jericho where Zaccheus lived. Since he was short, Zaccheus had to climb a tree to get a look at the itinerant rabbi who was causing such a stir as he passed through town. When Jesus came by the tree, he noticed Zaccheus and invited himself to the man’s house. Zaccheus scampered down from his viewing stand and according the gospel writer, Luke, “he welcomed him gladly.” Now, there is no record of what transpired as Jesus and Zaccheus met for lunch, but when they emerged Zaccheus pledged to give away half of his wealth to the poor, and pay back four times over to anyone whom he had cheated. In response Jesus said “Today, salvation has come to this house.”

Given the current chant of the Occupy Movement against the “1%” of wealthy Americans who control 40-60% of the nation’s wealth (depending on which economist you are reading), I couldn’t help but wonder: What if Zaccheus lived today and was a Wall Street Banker, a Corporate CEO, or a Congressperson receiving donations from lobbyists, special corporate interests and wealthy donors? How would this story play out today?

There are both significant similarities and differences between Zaccheus and today’s “1%.” Like some of the 1%, Zaccheus was disproportionately wealthy and gained his wealth legally, even if unethically. For instance 1st century Palestinian tax collectors were allowed by law to extort their clients and keep the difference, just like bankers could legally offer funky mortgages and high risk investment options without full disclosure to their clients, or like CEO’s could give themselves huge bonuses with government bailout money. Like his 1% counterparts, Zaccheus would have considered himself entitled and not needing to concern himself with the impact of his actions and policies on those desperately struggling to survive and make ends meet. The political and economic system supported him in his actions, and he could honestly say that it was his right (by the law of the land) to do what he did and have what he possessed.

However, there are also significant differences. Unlike his 1% counterparts, Zaccheus did not really control the policies and purse strings of the national economy. In his society Zaccheus served at the behest of the Roman government and with the willful ignorance of the Jewish elite. At any point he could be stripped of his privileges and thrown into poverty. Secondly, tax collectors were universally despised by the people of their society, rich and poor, and so there was no way that Zaccheus would ever get a Jewish Businessman Award at a national prayer breakfast. No one would extol his virtues as a deep man of faith who also happened to be lavishly wealthy.

These distinctions make the response of Zaccheus to Jesus all the more significant. When Zaccheus decided to give half of his wealth way to the poor and pay back any one he had extorted four times over, he was committing occupational and class suicide. He was not only divesting his wealth, he was closing the door on ever attaining that level of economic security again. He was inherently challenging and exposing the exploitative Roman-Jewish elite political and economic system for what it was as a whistleblower who would forever be vilified by those who had allowed him to get his wealth. Furthermore, he did so with no assurance  that the poor people whom he had cheated would welcome him with open arms or trust him. Let’s face it, he had screwed them over big time, and such actions are difficult to forget and even harder to forgive. So to do what Zaccheus did involved great sacrifice and tremendous personal risk.

So when I hear the Wall Street and corporate CEO types justify their big bonuses by saying that otherwise they “could not attract talent” I find that reasoning pretty self-serving. When I hear leaders in Congress go on and on as to why we can’t let the Bush tax cuts for the wealthy expire, because it will somehow restrict creation of jobs, I find their excuses pretty flimsy. When I recall that a few years ago the Supreme Court ruled that when it comes to political contributions, corporations are just like individuals and therefore should not be limited in the amount financial influence they can have over the decisions of Congress, I think “who are you kidding?” When I go to OpenSecrets.org and see how much money both Democrats and Republicans receive from lobbyists and corporate PACs, I know that the interests of the common person are way down on their list of priorities despite their rhetoric. When I hear business leaders argue that we can’t place too many regulations on the actions of business and how it’s really unions not egregious corporate practices that are causing the recession in our country and world, I am not buying it. 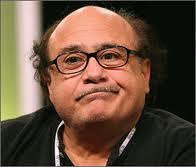 What I am doing is waiting for a Zaccheus to blow the cover off the whole scam called the American capitalistic system and expose it for what it is. I appreciate the likes of Warren Buffet and others wealthy Americans who admit that they should pay higher taxes during these recessionary times. I also appreciate wealthy folks like George Soros who contribute their millions to progressive causes. However, I waiting for a wealthy insider like Zaccheus who not only gives his money away but also shows by his words and actions that the whole damned (I use this word quite deliberately) system is corrupt and needs to be radically restructured. Then salvation, liberation and justice will come to the house of America.