What if the Poor Wrote the Health Care Bill 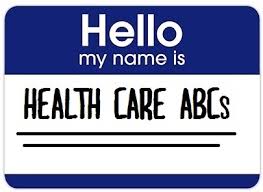 A lot of ink has been spilled over how unfair and “mean” the Senate’s proposed health care bill. As one headline had it: “Shifting Dollars from the Poor to the Rich is a Key Part of the Health Bill. ” In order to lower the overall cost of the bill, the Senate proposal plans to reduce the number of people on Medicaid (i.e. folks with little to no income) AND cut the taxes on the wealthy used by the ACA to offset the cost. Pennsylvania’s Senator Pat Toomey, formerly of Goldman Sachs,  (and unfortunately one of my senators) is leading the charge to cut Medicaid. There is so much wrong with this picture, one does not know where to start.

However, on the most fundamental level, one thing is clear. The wrong people are writing the bill: Congress.  While some think the Democrats might come up with something more fair, like the ACA, if we go back to the debates in the early Obama administration, it was Democratic leader Senator Charles Schumer (with lots of Health lobby and Wall Street money in his campaign fund) who undercut the original, more comprehensive health care plan proposed by Pres. Obama.  What we got with the ACA was better than nothing, but it was full of problems, as the Republicans have pointed out. So now the Republicans are trying and they have a more flawed and more unjust plan than the ACA. The problem is rich white guys in Congress are writing the bill and haven’t got a clue, or just don’t give a damn about regular people.

Compared to the rest of us, the members of Congress have no worries about health insurance. They have a health care plan where the government pays 72-75% of their premiums; that’s a whole lot more than most employers give their employees. Congress even has their own attending physician right on site at the Capitol. They are well compensated. Plus, they have the lobbyists from the health insurance and drug companies lining their campaign coffers. No, Congress does not have a clue what the real needs are.  When Rep. Steve Scalise was shot,  he was rushed to the hospital and is getting the finest of care, as he should. If that happened to most of us, where we went and what was covered would be dependent on our health care policy; if the Senate Republicans had their way, and you are poor, that would mean you get nothing. 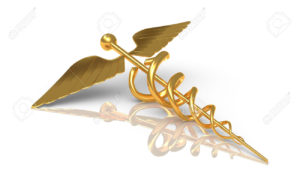 But what if the poor wrote the bill?  I find that if you ask people, especially folks who don’t have much to start with, what they need, they will tell you. They won’t try to take more than they should because they have friends and family members who are suffering as well. Even so, they will be honest, and they would come up with a good plan. It would take time, but it could work.

My guess is that if a group poor folks got together, they would start with the most pressing and prevalent medical challenges they face every day: diabetes, hypertension, asthma, cancer, and the like. They would want to focus on quality prenatal, infant and child health. They sure as heck wouldn’t defund Planned Parenthood, which is the go-to place for many low income women. In fact since a majority of the poor are women and children, my guess is that women and children’s health care needs would be their top priority. My guess is that they would also want to look at causes for their health problems, and write in some provisions for addressing the presence of lead, asbestos, and other toxic substances in their  buildings and water. They would not be hesitant to adopt what  many public health officials have said, that drugs and gun violence are epidemics, not  just criminal acts, and need to be addressed as such. They would make sure that the addicted and the mentally ill got the support they need. They would make sure doctors treated them with dignity lest they lose their license to practice.

They would press for the fact that health care is not a commodity, but a right of all people in a free society. So middle class and wealthy folks would get their fair share of health insurance too, but they would make sure that the wealthiest among us pay a little bit more in taxes to cover those who don’t have much.  They would encourage employers to work toward giving their employees the same kind of health care the government gives their employees.  And they would make sure the drug companies and health insurance companies were not giving $15 million bonuses to their CEOs like Blue Cross gave CEO Patricia Hemingway Hall in 2015. Unlike the lobbyists and the folks in Congress, the poor would not try to lace only their pockets in this health care debate; they would make sure it was fair for all.

For sure, a key problem, when we boil it down, is  that the wrong people are making these decisions. That’s they have to do their work behind closed doors and are trying to rush it through.  Few of us are fooled.  I say, let’s turn this job over the poor. 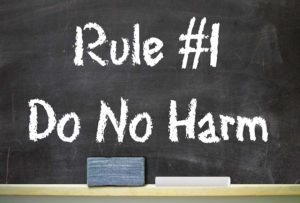