This morning I woke up to the news of a sniper killing five Dallas police officers and injuring several others. The shooting occurred at the end of a peaceful demonstration to protest the police-inflicted deaths of Alton Sterling in Baton Rouge, Louisiana and Philando Castile in Falcon Heights, Minnesota.. The night before I had been on Facebook reading the postings of some of my African American friends. One in

particular grab my heart and twisted it. She wrote:

Where can I be black? When and where is it ok? …. There are no words. It’s not just the clear genocide of black people. It’s the way past oppression has morphed into more covert forms of oppressio 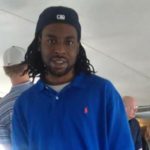 n that many people ignore or refuse to see. I feel extremely sad and disheartened because I know that America was not made with me in mind. The skin that I’m in love with was, and still is, discarded. I don’t feel comfortable or at home here, and that is not my doing. It hurts.

These are the words of an outstanding woman who works with youth, has a Master’s degree, and in college was an All-American athlete. Why should she have to ask: Where do I belong?

Another bemoaned the fact that a 4-year-old girl had to comfort her mother at the tragic death of her boyfriend over a routine traffic stop. I wrote some of my African American friends and just said: I am sad, angry and I care. What else could I say. I wish I had been at the march in Philadelphia earlier in the day to protest the killings, but I was with another African American friend discussing the tragic killings at Emmanuel AME Church a year ago. 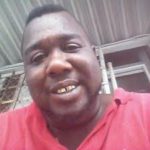 c Dyson’s NY Times piece “Death in Black and White” in which he called out those of us who are white by saying: In the wake of these deaths and the protests surrounding them, you, white America, say that black folks kill each other every day without a mumbling word while we thunderously protest a few cops, usually but not always white, who shoot to death black people who you deem to be mostly “thugs.”

Then I read the headlines this morning, and I wrote in my journal “We are at war.” Police not knowing how to de-escalate situations end up killing people of color, guns readily available in gun stores (legally) and on the street (illegally), and tensions at all high fever pitch. I am surprised t hasn’t happened sooner. The NRA who loves everyone’s right to “bear arms” was quick to condemn the Dallas shootings, only belatedly spoke up on Castile’s homicide after pressure from NRA members, and far as I could find, had nothing to say about Sterling’s death. And so we have a war on our hands.

What I see happening in the black community across this country is what Paulo Freire called “conscientization” – a growing awareness of the racist practices in the criminal justice and law enforcement sectors and a willingness to take action to protest it. This call to awareness and action has been greatly aided by social media that allows us to see incidents as they happen, and not rely only on “official” reports that often hide rather than reveal what truly happened. Black folks are calling out the system that has been killing them for centuries. This is not new. What is new is the outrage that has emerged is now coming to the attention of many of us who are white. The key part of concientization is reflection on actions taken; Now is a time for us to step back and reflect on where all of this is taking us, and what can we do?

Many of us who are white will want to say the protests provoked the violence. That was the same charge made against the Civil Rights marchers protesting peacefully for equal rights as they were being be 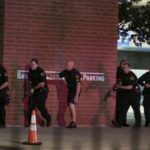 aten and hosed down.  Instead we whites need to stop and take a look at the legacy of violence that has gone on unabated for centuries in this country. Over the years this violence has had different names – slavery, lynching, Jim Crow, War on Drugs, Mass Incarceration, Police violence – but the end result has always been the same – people of color suffering violence at an alarming rate. While it is equally troubling that a sniper would kills 5 police officers watching over a peaceful march, we need to understand where the hatred that would move a man to do that comes from.

Norm Stamper, former chief of police from Seattle has written Breaking Rank: A Top Cop’s Exposé of the Dark Side of American Policing. As the title suggests, he sees a great deal of the problem lying in the way police have come to see themselves as paramilitary units rather than keepers of the peace. As the Amazon blurb for the book says: Stamper goes on to expose a troubling culture of racism, sexism, and homophobia that is still pervasive within the twenty-first-century force; then he explores how such prejudices can be addressed. He reveals the dangers and temptations that cops face, describing in gripping detail the split-second life-and-death decisions. Police officers have incredibly difficult jobs and should be commended for that, but they also have to do better, and they need to police themselves or be regulated by citizen panels, as many have called for. If they are to serve the community, they must be accountable to the community.

As Michael Eric Dyson writes: We don’t want cops to be executed at a peaceful protest. We also don’t want cops to kill us without fear that they will ever face injury, much less go to jail, even as the world watches our death on a homemade video recording. This is a difficult point to make as a racial crisis flares around us.

We are at war – we don’t want to be, but we are. The institutional passivity in government and criminal justice circles to regulate firearms, to hold police accountable, and to allow black lives not to matter have brought us this point. I am afraid for my friends of color, I am sad, angry and overwhelmed. Starting now I again seek to do my part to stop this war and work for peace. How about you?