We Are Adam Lanza 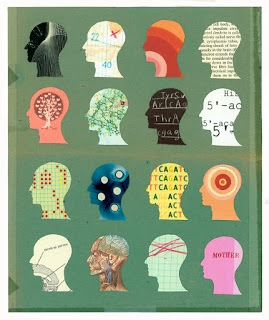 The feedback to my earlier blog “Making Sense of the Senseless” has challenged me to say a word about the mental illness dimension of the horrible tragedy in Connecticut. While the citizens of Newtown mourn, many folks in the media and beyond are trying to make sense of the tragic events of December 14 at the Sandy Hook Elementary School; they are seeking to understand why Adam Lanza acted as he did in such a devastating and destructive way. While the all-too-ready-availability of guns is a major contributing factor that is now finally getting some national attention at the highest levels, the other issue is the untreated and in some cases undiagnosed mental illness of the shooters in the high profile murders such as occurred at Virginia Tech, Tucson, Aurora and now Newtown.  To that end a great deal has been made of Lanza’s supposed mental illness and the need for services that can better detect, treat and support those who suffer as he apparently did.  Liz Long’s article “I Am Adam Lanza’s Mother,” the testimony of a mother caring for her son whose diagnosis has been everything from autism to ADHD to oppositional disorder. has gone viral on the Internet.

I am neither a mental health professional nor one who has studied the issue, so I can only speak from my limited personal experience. My window into the world of mental illness came over 30 years ago when I was a student chaplain in a psychiatric hospital in Danvers, MA. Danvers State was a facility for the severely mentally ill, particularly those suffering from various psychosis such as paranoia, schizophrenia and the like. My job consisted of providing spiritual support to people who often moved in and out of lucidity, and who could be speaking rationally one moment and be living in a world that existed only in their mind in the next. In order to relate to these folks I had to try and follow wherever their minds were taking them and meet them there, while trying to offer some sense of God’s presence in their often troubled, confusing lives. While I do not know how much help I actually gave them, I learned a great deal about the human psyche.

The enduring insight I gained from that summer was that all people are crazy, it’s just that some of us hide it better than others. I came to realize that some of the more bizarre conversations I had with patients were similar to fantasies and dreams I had. The difference was that the patients thought those fantasies were real and acted on them, whereas I was able to recognize they were just in my mind, and not something I should act on. I saw that the anger, the hurt, the frustration and even the exuberance that my  patients expressed were similar to feelings I had; I just was able to control my emotions and express them in socially appropriate ways. Moreover, whereas my patients often could not discern the real from the unreal when they acted irrationality, I was adept at supplying “logical” or “rational” explanations for my sometimes irrational reactions and behaviors.

At the time I wondered why my training for pastoral ministry required a summer spent on the psych wards, but once I got into the pastoral role I saw how valuable that experience was. Religion often draws on the emotional and imaginative side of people’s psyches and religious people often explain their strange behavior with Biblical or theological language. In my time as a pastor I had numerous opportunities to minister to people who were suffering various forms of mental stress and illness, which often got complicated when they inserted God into their rationalization for how and why they acted as they did. All too often actions that otherwise “normal” and “healthy” people took in their lives did not make any rational sense, and so I developed a working principle for dealing with folks: if it looks, sounds, and feels crazy, it probably is crazy – no matter how people sought to package it. Moreover, while I saw such tendencies in other people, I could not deny that I also saw such tendencies in myself.  I came to realize we all are a bit crazy at times; some of us just cover it better than others.

Too often when we try and explain the tragic behavior of a person like Adam Lanza, our purpose is to put some social and psychic distance between us and him, to be able to say “well he acted that way because of A,B, & C” and therefore I am not like him. However, none of us are that far from where Adam Lanza was mentally and emotionally. We all have thoughts of exerting power thru violence whether in our silent thoughts or our night dreams. Violent movies and video games are the external evidence that is so. I confess there have been times in my life where the stress and confusion got so great that I literally thought I was “losing my mind.” I am not alone in that experience; at some level we are all potentially Adam Lanza.

In no way do I want to explain away or condone the tragedy of Newtown, CT. Rather my point is simply to say that we, the mentally ill and the mentally stable (relatively speaking) are all in this together. We may never know what possessed Adam Lanza to kill his mother and then go on a rampage in the school where she worked. What we can know is that as a human community, we are responsible for and to one another. We are responsible for and to the families, the caregivers, the teachers, and mental health professionals who seek to help those who struggle with mental illness. One day our psyches might break on the stresses of life, and just like Adam Lanza we will need someone to support us and save us from ourselves and the horrific impulses of our worst nightmares.