Truth on the Scaffold and The Big Lie 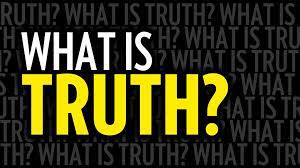 This past Sunday (November 21) was Christ the King Sunday in the Christian liturgical calendar. Christ the King is the last Sunday before the beginning of Advent, the four Sundays leading up to Christmas, and the celebration of the birth of Jesus. The Scripture passage chosen for this Sunday in the Revised Common Lectionary offers a picture of how Jesus viewed his kingship much differently than that title is usually conceived. The Gospel passage was from John 18.33-38 where the Roman leader Pilate interrogates Jesus as to whether he claims to be a king as his Pharisaical accusers claimed and thereby a direct threat to the Roman leaders stationed in Jerusalem.  Pilate asks directly: “Are you King of the Jews?”

Jesus gives an oblique answer by saying “My kingdom doesn’t consist of what you see around you.”

“So, are you a king or not?” responds a frustrated Pilate?

Jesus then says: “Because I am a King, I was born and entered the world so I could witness to the truth. Everyone who cares for truth, who has any feeling for truth, recognizes my voice.”

The Assault on and Search For Truth Today

Often the lectionary can seem totally irrelevant to what is happening in the world, but Pilate’s question zeroes in what I have been grappling in the last several blog posts about The Big Lie.  This past week and the next few, the media has been focused on three high-profile trials having to do with the reality of white supremacy in American culture. The first trial just ended with 18-year-old vigilante Kyle Rittenhouse 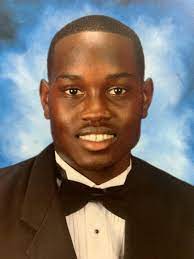 being acquitted on five counts of murder. The judge forbade, and therefore the trial did not address, the question as to whether a private citizen, much less a minor (Rittenhouse was 17 at the time of the shootings), with an illegally secured gun can take it upon himself to “assist” law enforcement in quelling public unrest.

The second trial takes up a similar issue of three men who took it upon themselves to chase and kill Ahmaud Arbery because they “suspected” him (with no empirical proof) of recent break-ins. Arbery was jogging and had stopped to look at a house under construction. One of the defense lawyers in the case has objected to Black pastors, Jesse Jackson and Al Sharpton, sitting with the Arbery family, while not raising questions about any of the supporters of the defendants sitting with their families. Fortunately, the judge dismissed the lawyer’s complaint outright. Ironically, the lawyer’s objection motivated Black pastors around the country to go to Brunswick, Georgia where the trial is being held. The second-hand reports I heard of their visit is that the Black community in that area live under a cloud of deep stress and were greater relieved by the show of support.

The third and less publicized trial concerns the Alt-Right and neo-Nazis who came to Charlottesville, VA in August 2017 to protest the removal of a Confederate statue which resulted in a violent attack against counter-protestors, leading to many injuries and one death, Heather Heyer. Even more than the Arbery case, the Charlottesville “Unite the Right” rally typifies the violent rhetoric and actions espoused by many white nationalist groups. The defense in these cases is “You may not like what they believe in and what they espouse, but the First Amendment guarantees their right to say it.” The counter-argument is when does “free speech” become “hate speech” and lead to the kind of uproar that occurred in Charlottesville. 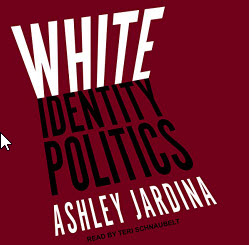 In the midst of all of this Fox News commentator and advocate for all things Right Wing, Tucker Carlson has released what he calls a “documentary” on the events of January 6, “Patriot Purge”, which the official trailer describes as  “The Plot Against the People.” As expected, many liberal commentators are quite critical, but this week two prominent reporters for Fox News, Steve Hayes and Jonah Goldberg announced their resignation from Fox because its airing of “Patriot Purge” saying:

“[It] is presented in the style of an expose, a hard-hitting piece of investigative journalism. In reality, it is a collection of incoherent conspiracy-mongering, riddled with factual inaccuracies, half-truths, deceptive imagery, and damning omissions. And its message is clear: the U.S. government is targeting patriotic Americans in the same manner — and with same tools — that it used to target al-Qaeda.”

They conclude: “We believe that all people of goodwill and good judgment — regardless of their ideological or partisan commitment — can agree that a cavalier and even contemptuous attitude toward facts, truth-seeking, and truth-telling lies at the heart of so much that plagues our country.”

This from the inner sanctum of Fox News: a “cavalier and contemptuous attitude” toward the truth. Hence Pilate’s question rings in our ears and across the airwaves: What is truth?

Do We Care For Truth?

I don’t spend any time following Tucker Carlson, but I know there are a lot of people who do, and when I hear some of the bizarre theories espoused as to what happened on January 6, I can guess that Mr. smooth-talking Carlson has a lot to do with it. And unfortunately, many of those Tucker-watchers claim to follow the same Jesus who says they care for the truth and feel the truth Jesus brings. While we might espouse all sorts of theological and philosophical theories of what truth consists of, at its most basic level, truth is a commitment to search for and admit to what is actually going on in the here and now.

And so, the Rittenhouse, Arbery and Charlottesville trials are trials for what is truth? “Patriot Purge” claims to document the truth of January 6, 2021. What is the truth? Is white supremacy at large and can therefore be justified no matter what the circumstances? Are we heading back 100-plus years to a time of vigilante justice? Or as a people can we come to grips with the thread of racist violence and white supremacy at issue in our courts, in our school board meetings, in the voting booth, in so-called documentaries coming out of Fox News and in local communities across the country? 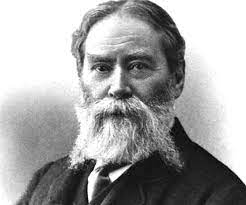 The poet James Russell Lowell, who was a staunch abolitionist, looked on his world in 1845 and saw that the Mexican-American War in many ways was a ploy by Southern states to annex Texas and add another slave-holding state to the Union. For him like many today, this development presented the nation with a choice between justice and truth or chaos and division. His poem “The Present Crisis” made plain that the perpetuation and expansion of slavery needed to be stopped, but also that the struggle was real, dangerous and terrifying. The words from that poem (which you can read in full here) came to me as I reflected on what I have shared here.

Once to every man and nation comes the moment to decide,

In the strife of Truth with Falsehood, for the good or evil side;

Some great cause, God’s new Messiah, offering each the bloom or blight,

Parts the goats upon the left hand, and the sheep upon the right,

And the choice goes by forever ‘twixt that darkness and that light.

Yet the scaffold sways the future

And behind the dim unknown standeth God within the shadow

Keeping watch above his own.

Truth hangs in the balance, yet Lowell reminds us truth and right can prevail, if we who are seekers of truth will do our part to challenge The Big Lie in whatever space we find ourselves in public or private spaces, with friends or family around the holiday table. What is truth? Let’s not shy away from addressing that question.