Three Questions NOT Being Asked in the Health Care Debate

As I have been following the reports about the ongoing effort by the Republicans to come up with a health care bill they can all agree on, and I listen to the Democrats do everything they can to derail the process, there are three things I have not hear either side discuss. It seems to me if these three items were brought into the discussion, they could change the nature of the debate altogether.

One of the major sticking points and most controversial aspects of the proposed bill is the effect it would have on people currently on Medicaid, the health insurance program for the poor. This group is primarily comprised of single mothers, children and senior citizens – the most vulnerable segments of our population. Currently, under the Affordable Care Act (ACA), 70 million people are receiving Medicaid. The cost of this program is a major burden on the budgets of states and the Federal government. My own Senator Pat Toomey wants to put a cap on the amount of money paid out to Medicaid, requiring recipients to pay a larger share of the costs. Estimates are that in the next 10 years 20-22 million of the 70 million currently receiving Medicaid will lose it under Senator Toomey’s plan; the Senator says it will be a mild effect. Right, 28.5% of poor people is mild.

Another concern raised is that under the ACA in some states insurance companies are pulling out of the plan because they can’t make enough money. So I went to check on just how hard hit the poor health insurance companies were. I chose three. Blue Cross netted $7.8 billion in 2016 (down from $8.2 billion the year before. United Healthcare which pulled out of ACA all together netted a paltry a $7.24 billion in 2016 (up $5 billion from the year before), and Aetna only earned $2.3 billion. It almost broke my heart (NOT!). So I went to look at how the CEOs of these companies fared. The Blue Cross CEO retired in 2015 with an $11.7 million salary and bonuses. The United Health Group CEO earned $17.8 million and Aetna’s CEO  earned $27.9 million.  Not only are these companies literally making billions, the salaries of their executives defies imagination.  Healthcare cannot and should not be a commodity on which companies like these bilk the rest of us; healthcare should be a right. So the second question is why aren’t we calling these companies to account? Perhaps if the conversation centered on these outrageous profits, the nature of the conversation would change. 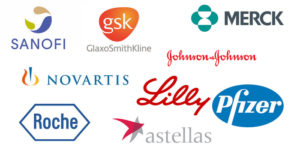 Finally, we hear that one of the reason the ACA is unaffordable is the rising costs of medical care, which are growing at a rate much faster than inflation. How can that be when those of us who receive medical care learn every year that are premiums are going up, while the benefits covered are being reduced. Just to see how this might be happening, I looked up the salaries of health care company executives, which includes the health insurance companies but also pharmaceuticals and drug stores like Walgreens and CVS. The highest paid healthcare executive in 2015 is from Regeneron Pharmaceuticals and earns $ 47.46 million a year; number 2 is from Vertex Pharmaceuticals and earns $28.09 million; and number 3 is from CVS earning $22.86.  That is just the top 3 and the list goes on and the numbers are appalling.The third question we must ask is why are these companies being allowed to exploit our need for health care so they can make profits? If the discussion about health care was actually about making people well and not about lining the pockets of these executives and their shareholders, the focus would be much different.

Now the folks justifying these outrageous numbers (like Pat Toomey) will tell you that the issue is complex and beyond our understanding. Actually, it is really quite simple. Health Insurance companies, Big Pharma and our healthcare corporations have lobbyists who line the pockets of our political leaders, and poor and middle class people don’t.  While we like to think we live in a democracy, actually we live in a plutocracy (literally –“the rule of the wealthy”), and until we rise up and force our leaders to start asking the right questions, the circus called Congress and the injustice coming out of it, will continue. 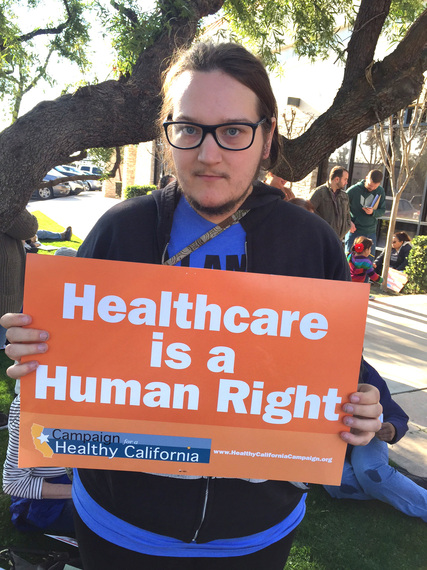 NOTE: All figures regarding company revenues and CEO salaries can be easily found on the Internet on company and related websites