The Social and Family Causes of Gun Violence 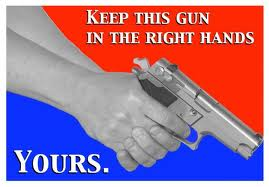 I continue with looking Faith-based responses to gun violence. In this section I discuss the underlying causes of the gun violence issue in the United States.

When one examines the causes of gun violence, one must think of the issue on at least four levels. First, we must acknowledge there are any number of social and familial issues that predispose a person to respond to his/her environment in an overtly violent manner. Second, there are institutions, in this case the gun manufacturing industry, whose vested interest lies in selling as many firearms as possible, and other institutions, such as the media that routinely glorifies violence in films, TV shows, videogames and the like. Third, there is an economic and political system that can either restrict or permit the proliferation of handguns in local communities. Finally, there is a culture of violence that propagates the linkage between firearms, freedom, individual rights patriotism, manhood, and sometimes even religion. While for purposes of discussion, one can delineate each of these levels, in reality they are deeply intertwined.
I begin by talking about the social and family related causes. In the coming weeks, I will address the other areas.

More than a social problem, injuries and deaths due to gun-related incidents are a public health concern that has reached epidemic proportions. While the media and public image of gun violence tends to focus on urban youths of color, the statistics portray a more diverse picture. And while the gun lobby seeks to persuade the public that we are safer with lax gun laws, the data tells a much different story.
According to the Center for Disease Control (CDC) approximately 50,000 people in the U.S. die each year due to violence related injuries. Approximately 2/3 of these die by suicide and 36% die by homicide (CDC, 2011). In a 2007 study of data on violent deaths from 16 states, researchers noted that of a reported 167,319 deaths, 56.6% were suicide, 28% were homicides, 14% were of undetermined intent, and  7% were due to accidents. Homicide is the second overall leading cause of death for persons ages 15-24, the third leading cause of persons ages 10-14, and the leading cause of African Americans in those age categories (ages 10-24) (CDC, 2008b).
Among the suicides, 51% of victims used a firearm to kill themselves. Males were three times more likely than females to commit suicide and whites more likely than non-whites to commit suicide. Adolescents were about half as likely to commit suicide as adult over the age of 30 (Karch, Dahlberg & Patel, 2010).
The data for homicides shows a similar pattern with some notable exceptions. Most victims of homicide (53%) were 18 years old or younger, and roughly a third (34.4%) of the victims were reportedly a friend or family member (this number could be much higher since 41% of the cases the relationship was unknown) while only 9.2% were reported to be a stranger or a rival. Males were 3.6 times more likely to be homicide victims than females. Non-Hispanic blacks were 52% of the homicides followed by Asians (10.5%) and Hispanics (7.25). Two-thirds of all homicides were committed with firearms, with men using guns 72% of the time (Karch, Dahlberg & Patel, 2010).
In the case of suicide, the majority of victims were either depressed and/or experiencing mental health problems. However, mental illness was not a major factor in homicides. Overwhelmingly homicides were precipitated by a crime or occurred while a crime was in progress. Over a third (37.5%) involved some sort of personal conflict, and 20% of homicides involved intimate partner violence ((Karch, Dahlberg & Patel, 2010). 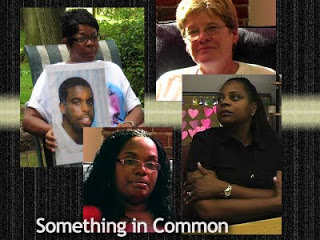 The picture that emerges from this data is that the availability of guns is a significant risk factor for both homicide and suicide, and contrary to what pro-gun advocates believe, only a tiny percentage of guns are used against strangers, such as unknown intruders. In the overwhelming number of cases the victims of gun violence are personally known to their assailant (Hepburn & Hemenway, 2004).  Whites tend to commit more suicides while non-whites are more likely to commit homicide, but both use firearms a majority of the time. In both cases men are more likely than women to use guns in a violent injury. Younger people die by homicide, while older adults tend to violent deaths at their own hands. However, in both suicides and homicides the overwhelming method of injury is by firearms, and in the case of homicide those firearms are used most frequently used against a victim who has a close relationship with their killer. The perpetrators are either contending with serious mental health issues, or are involved in a lifestyle that is inherently dangerous or life-threatening.
Because of the magnitude of the violence particularly among young people, the CDC considers interpersonal violence to be a matter of public health. The risk factors contributing to violence include poverty, access to firearms, substance abuse, dysfunctional family life, difficulty in school, and being either a witness or victim of interpersonal. Prothrow-Stith (2008) and her colleagues at the Harvard School of Public Health suggest that these factors do not act in isolation but lead to a complex of causes that have the overall effect of decreasing the social capital of families living in economically depressed areas, thus decreasing neighbor-to-neighbor trust, and creating an environment of fear and suspicion leading to violence.
When speaking of violence in urban communities, one must see that in poor communities people deal with a multiplicity of factors both in their families and personal lives related to poverty. In attempt to cope with the stress, young people resort to either high risk lifestyles (related to drugs and crime) or feel pressured by their peers. They attend schools that offer substandard education and often are centers of violence themselves, and come from homes and neighborhoods where conflict is handled in a violent matter. Firearms, both legally and illegally owned, are plentiful. Such an environment can be a formula for the proliferation of violence and often is. These statistics do not consider do not account for those young people who are injured and seek medical care for violence related injuries, which can lead to lasting physical disabilities as well as emotional scars, not to mention the economic cost of addressing these injuries (CDC, 2008a).
As staggering as these statistics are, for many U.S. citizens gun-related violence seems a way of life that is intrinsic to human nature. However, a cursory review of data from other developed nations reveals that the immense toll of life due to gun violence is a uniquely U.S. problem. For instance one study based on data from the United Nations reported that the U.S. had 15.22 deaths per 100,000 persons, whereas the rate in France was 6.35, Canada was 4.78, Norway was 4.39, Denmark was 2.6 and Germany was 1.57. Not only did the rate in the U.S. outstrip all European countries, but also countries such as Zimbabwe (4.75), Cost Rica (3.32), Philippines (9.46) and Northern Ireland (6.82) (Krug, Powell and Dahlberg, 1998). Thus while the epidemic of gun-related violence seems unmanageable, one must recognize that gun violence is a uniquely American problem and that based on the experiences of other countries, the high rate of gun violence is not inevitable
Sources:
Center for Disease Control (CDC) (2008a). Understanding youth violence: Fact Sheet. Atlanta, GA: Center for Disease Control & Prevention.
CDC (2008b). Youth violence: Facts at a glance. Atlanta: Center for Disease Control & Prevention.
CDC (2011). Violence Prevention: National Violent Death Reporting System. Retrieved January 21, 2011 at http://www.cdc.gov/ViolencePrevention/NVDRS/index.html
Hepburn, L. & Hemenway, D. (2004). Firearm availability and homicide: A review of the literature. Aggression and Violent Behavior: A Review Journal  9, 4-17-40.
Karch, D., Dahlberg, L. & Patel, N. (2010). Surveillance for violent death – national violent death reporting system, 16 states, 2007. Surveillance Summaries, 59 (SS04), 1-50. Retrieved January 21, 2011 at http://www.cdc.gov/mmwr/preview/mmwrhtml/ss5904a1.htm
Krug, E., Powell, K, & Dahlberg, L. (1998). Firearm-related deaths in the United States and 35 other high and upper middle income countries. International Journal of Epidemiology 27, 214-221.
Prothrow-Stith, D., Stuart, S., & Wright, L. (2008, September, 26). Violence prevention: A public health mandate. Presentation at Eastern University, Philadelphia, PA.