The Paradox of Tragedy 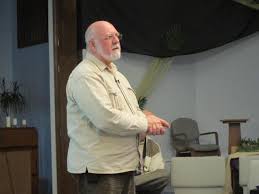 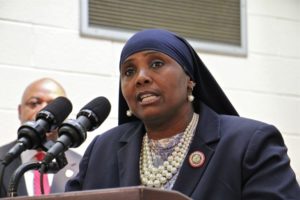 Over the past few weeks I have experienced two (what for me were) tragedies. In neither case was I directly affected and yet because of my relationships with the people who were affected, I have been deeply impacted by tragedies that befell friends of mine. One involved a death, while the other involved a startling revelation.

This past Tuesday, my long-time Fred Kauffman died of a massive heart attack. He began having chest pains in the early evening, his son rushed him to the hospital, and shortly thereafter,  he was pronounced dead. I learned of this tragic news Wednesday morning and have spent the days since in a sort of fog, as I go through my days.

I first met Fred when he was my pastor at West Philadelphia Mennonite Fellowship. We became fast friends and even when he left the church to work for Mennonite Central Committee, our friendship continued to grow. On a cold January afternoon in 2009, Fred and I were arrested for blocking the entrance to Colisimo’s Gun Store, and spent several long hours in jail in the basement of Philadelphia’s Seventh Precinct; it was a memory that bonded us even closer together. With two other friends we made a habit of getting together regularly for a meal or to take in a college basketball game. But now the four is three and Fred’s empty seat will always be with us.

The second tragedy was of a different nature.  On December 4 my friend Movita Johnson-Harrell was charged by PA State Attorney General with siphoning off $500,000 for personal and family extravagances from nonprofits she ran. Movita has been the state Representative for the 190th district in West Philadelphia for the past several months, and was the first Muslim woman ever elected to the Penssylvania Legislature. She has stepped down from her position and faces serious charges that could land her in jail.

Movita and her husband Yancey, have been an inspiration for me. In January 2011, their son Charles was in a car waiting for his sister. Two young men, thinking Charles was someone else, came up to his car window and shot him; Charles died at only 18 years old. Movita turned her grief into an incredible energy to call for change in the state’s gun laws. Whenever there was an action, demonstration or a rally for gun violence prevention, Movita was on the platform. Never have ever seen grief turn to a passion for change, as I did in Movita. She also started The Charles Foundation, which “was created to provide advocacy and assist children with skills, self-esteem building and conflict resolution in an attempt to reduce violence and murder in our communities.”  As long as Movita called us to keep on working for change, I was there. Her advocacy earned her a role in DA Larry Krasner’s administration and then in the Pennsylvania State House. Whatever happens with Movita going forward, I cannot disregard all that she has done for the community and the families of gun violence victims and their loved ones.

The Paradox in Tragedy

Reflecting on Fred’s death and Movita’s questionable actions have opened me up to a deeper sense of who I am and how I am to live.

In the days after Fred’s death I have heard many people share stories of how Fred had touched their lives – driving a woman to a Mennonite thrift store so she could fill her bare apartment with furniture; a pastor who invited Fred once a month to preach to his small Haitian congregation; stories of Fred’s support in big and small ways; and his continual eagerness to learn from others and to serve. I knew the ways Fred had touched my life, but I have learned how Fred’s small, inconspicuous acts of kindness enriched the lives of people all over the city and even the world. I have been reminded that while the powerful, the celebrity, the well-connected often get the accolades, it is the small acts of kindness out of the public view that make the real differences in people’s lives. I want to be that kind of person, a person like Fred, whose concern is on serving in ways big and small.

With Movita it has been the power of friendship that has come to me. I will admit I have a hard time imagining and believing the misappropriation of funds she has been accused of. I have never seen her in expensive cars or furs (as she has been accused of purchasing). I have only seen her in her hijab, the sign of submission in her Muslim faith.  But even if she is guilty of all that she is accused of, I will stand by her, because that is what friends do. I am troubled how the media and people who only know her from a distance can dismiss here as just another crooked politician. She is so much more. She is a mother who lost a son to gun violence and turned her grief to a passion to assure that no other mother or father suffers the agonizing loss that she did. She is a woman who grew up in the most devastated neighborhoods and never forgot the people who she grew up with.  As Bryan Stevenson says: “Each of us is more than the worst thing we have ever done.” So too Movita, and I will stand with her.

The Paradox of Tragedy. I am deeply saddened by the death of Fred and the accusations against Movita. But even in my sadness and grief, I can take the lessons those tragedies taught me, so that as Palmer says I can be transformed by paradox.