The Mystery of Faith

One Who Professed Faith 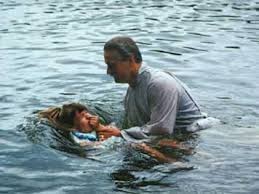 This past Sunday, a 12-year old boy was baptized by our pastor. For those not familiar with the Baptist and Anabaptist traditions, baptism in these churches does not happen when a child is born, but rather when that child at whatever age makes a profession of faith on their own. When I was a Baptist pastor, I baptized people as young as seven and as old as 50- or 60.  In these traditions baptism is a sign and a symbol of a person’s decision to commit their life to following Jesus in all aspects of their lives. Also in the Baptist/Anabaptist tradition, baptism is usually a whole-body affair; one is immersed completely under water. Going into the water symbolizes dying to one’s “old life” while coming up out of the water reflects rising to a new life in following Jesus.

That is what this young man did. On two different occasions during the day, when asked why he wanted to be baptized, he very clearly stated: I want to give my life to God and follow the way of Jesus.  He wasn’t repeating some memorized line; he spoke clearly and confidently, thereby conveying he knew exactly what he was doing and why.  As I gathered with 20 or 30 others from our church by the river (yes, we actually did it in the Wissahickon River in Philadelphia) to witness the event, I was struck by the clarity and conviction of his profession of faith. 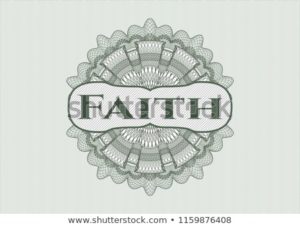 I was also prompted to reflect on the process that leads one to make such a profession and take such a step. For me that moment came in my 17th year. I had been going to church for a time, and knew what the Christian faith was about, but  there came a point when something shifted inside me, in my soul or my spirit, and I knew I had changed. (I did not get baptized at that time because my church baptized infants, and so no one suggested I take such a step. I was baptized eight years later when I joined a Baptist church and wanted to partake in the symbol.) This internal change was not the product of a reasoned decision; to this day what happened in me remains a mystery. All I know is that from that point on, I knew I was committed to following Jesus and above everything else, it meant making a positive difference in the world in line with the teachings of Jesus.

That’s what I heard in the testimony of the young man who was baptized. Something had shifted in him and he wanted to go public with his desire and decision to order his life according to the example and teachings of Jesus. Now if he is like every other Christian I have known, he will have periods of struggle and doubt. As he matures there will be times when he wonders if God is there at all, and if God is there, whether He/She is worth following. The clarity and certainty of his profession today will be stretched and tested in ways he can’t imagine. But underneath hopefully there will be this deep assurance that through it all God is there. That assurance is what is called faith.

Which brings me to a second event of this week that on the surface seems to send an entirely different message.

One Who Lost Faith

My friend and colleague Daniel White Hodge has a podcast called “Profane Faith.”  Dan is a professor of Communications at North Park University in Chicago, and an expert on urban youth culture. He is a dedicated follower of Jesus. But Dan is also frustrated with organized Christianity. He is fed up with the racism and hypocrisy that characterizes much of the American church, particularly the evangelical church.  As a result, Dan is always pushing the envelope, raising the kinds of questions and issues that challenge the safe personal faith that many people aspire to have. “Profane Faith” as the name suggests raises questions that many religious folks would rather not think about, and Dan is very good at making folks feel uncertain and uncomfortable with the idea of a comfortable faith.

Dan describes “Profane Faith” this way: A podcast that engages faith, on the margins. Faith that has been labeled, profane, non-conformist, and/ or “out there.” We’ll be exploring the intersections of the sacred, secular, and profane to find God. On his show, he interviews folks who have struggled to reconcile much of the rigid judgmentalism, and hypocrisy so often found in the church. This week he had one such guest.

Dr. Scott Okamoto is a former professor of English who worked with Dan when both were professors at Azusa Pacific University, a Christian university in the Los Angeles area.  Dr. Okamoto shared that for the first 25+ years of his life he called himself a Christian, but then something changed. In a blog he entitled “I Don’t Miss God. Really!” Okamoto describes how faith changed for him: 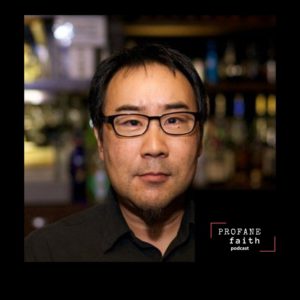 I am no longer a Christian.  I don’t know exactly what that makes me, but I would guess somewhere along the agnostic spectrum.  I will not ever purposefully try to talk anyone out of his or her own faith, but I do find myself having to respond or explain myself.

In his conversation with Dan Hodge, Okamoto described that while he was teaching at Azusa Pacific, he struggled with doubts about God, about the Bible and about the ways the people around him lived out and talked about their Christian faith. These questions, in turn, led him to question the necessity and validity of his faith. Eventually, he was able to admit to himself that he no longer believed. He describes the change this way:

About 10 years ago, while talking with a good friend about my doubts and issues with Christianity, I admitted that I was no longer praying, going to church, or reading the bible.  It all just didn’t make sense anymore.  Maybe it never had.

The way Okamoto described it, faith in God just ceased to have any meaning and importance anymore. So he just stopped believing.

Interestingly, Okamoto said that when he shared his doubts and concerns with his Christian friends, they often acknowledged they had the same concerns and doubts he had, but they still had faith in spite of their doubts. I could be one of those friends. I am full of doubts and questions about God’s concern for the poor and the hurting, about the veracity of prayer, the authority and reliability of the Bible.  I really struggle with many of the people who use the label “Christian” to describe themselves, when they are hateful toward immigrants, LGBT folks, and the concerns of people of color.  It has gotten so bad, I have given up using the word “Christian” to describe myself. I just call myself a follower of Jesus.

Living the Questions and the Mystery of Faith

So yes, I have questions, and yet I still have faith in God. One of my favorite quotes comes from the poet Ranier Marie Rilke who wrote a young protégé:

Don’t dig for answers that can’t be given yet; you cannot live them now. For everything must be lived. Live the questions now, perhaps then someday, you will gradually without noticing, live into the answers.

I live the questions that challenge my basic beliefs, and yet beneath those frustrations, doubts, and questions, is something I have come to understand as the mystery of faith. A mystery, not so much to be solved but

just to hold onto, to appreciate, to behold. I am not sure there are answers to my questions, so I don’t really expect to get them. But I still live into those questions.

The mystery of faith leads me to recognize that the God I have faith in is also a mystery. Liberation theologian, Jon Sobrino writes: “God is holy mystery. As a mystery, God is always beyond human beings and history….The God who is holy mystery has come close to us…And this nearness is doubly scandalous: it is a nearness of the mystery of God and a special nearness to the poor and the oppressed” (Spirituality of Liberation, p. 83). In other words God is right there in the midst of the suffering, racism, injustice, and violence that cause me to question the very goodness and presence in our world. God inhabits my doubts and questions, and drives me to work for justice.

My hope and prayer for the young man who was baptized last Sunday is that his faith will remain with him, even as his beliefs are challenged, stretched and maybe even broken.  My hope is that he will become disillusioned like Scott Okamoto, but when he does become disillusioned, that he will be able live with and live into the big questions that refuse easy answers. My hope is that even in the darkest times he will find Someone within and around him. That Someone goes by many names: Christ, Allah, Divine Presence, Spirit, God, Love and many other names. The mystery we call faith is that which connects us to that Someone in the midst of all life’s questions and struggles, and keeps us going when the questions we carry far outweigh the answers we possess.