The Meaning of Ferguson for White Folks 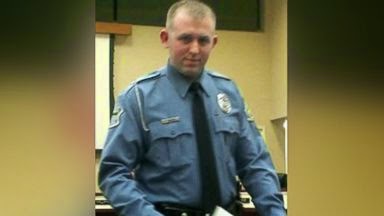 Over a week has passed since the announcement was made that Ferguson police officer Darrin Wilson would not be indicted for the killing of Michael Brown. Over the last week there have been demonstrations in Ferguson and cities around the country protesting the non-indictment and its relationship to police brutality, a racially discriminatory criminal justice system and other forms of institutional racism. Many articles, blogs and TV commentators have reported these events and others observers have sought to analyze the meaning of these events as they relate to the state of Black America and racism in this country. While the St. Louis Grand Jury did not indict, the U.S. Justice Department has initiated its own investigation into the event. Moreover, there has been a vigorous discussion and even debate among Black Americans over how to interpret these events. One topic that has been noticeably absent in these discussions is the meaning of Ferguson for white folks. 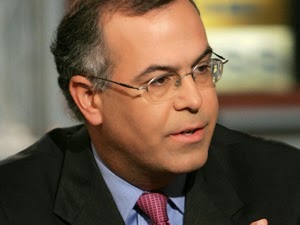 On the Friday after Thanksgiving, David Brooks, the respected NY Times columnist participated in his weekly National Public Radio discussion on the political issues of the previous week and said this about the reaction to Ferguson:
“[President Obama in his reaction to Ferguson has shown] the ways we’re still living with legacy of the civil rights movement – in that era – and the ways times have changed. The civil rights movement was as clear as you get to a right versus wrong issue as you get in domestic politics.
Now when we talk about racial matters, we’re dealing with a variety of subjects – the legacy of racism, the problems we have with our sentencing, disappearance of working-class jobs, family structure – and to me what’s happened is that racial issues have become embroiled in a whole series of very tricky domestic issues. And so what was once a pretty clear right versus wrong moral cause has become a moral cause, but much more ambiguous …” [emphasis mine]
Brooks’ comments reflects a common perception among most White Americans that during the Civil Rights Era the issues of racial justice were clear cut, but now it is much harder to sift out racism from other domestic issues. Moreover implied in Brooks’ comments is the idea that in many ways we should be past all these “racial matters.” Yet, had we been in Montgomery in 1955 or Little Rock in 1957 or Selma in 1965, these “racial matters” were equally entwined then as now with “domestic issues” like economics, education, the right to vote, and the nature of culture. Looking back the issues may have seemed to be a case of “clear right versus wrong,” but not for the folks who lived during those events.
Yet, for many Black Americans, the issues are still clear. If the Pew Research Center is to be believed there is a huge gap in how Blacks and Whites interpret these events. In August of this year Pew reported that 80% of Blacks polled thought Ferguson raised important racial issues, while only 37% of Whites thought race had anything to do with Ferguson. For Black folks the issues are clear; it is White folks who don’t seem to see things clearly. The gap in perception itself reveals that Whites and Blacks are living in two Americas with two widely divergent views of the deeper meaning of these events.

As uncomfortable as it may be, we who are White must recognize that in many ways we are Darren Wilson. In his published testimony before the Grand Jury Darren Wilson expressed his fear of Michael Thomas likening himself to “a five year old holding onto Hulk Hogan.” Darren Wilson is not a small man. He is 6’4”, and an armed police officer.  Yet in his fear he shot Michael Brown 12 times; how could not that literally be overkill? But more to the point, if I am honest, I have to admit that I understand his fear. Though I was raised by progressively minded parents and consider myself to be strongly anti-racist, deep in my psyche I have absorbed the image of the scary black man, and the irrational notion that young Black men are to be feared. A former teacher of mine, Dr. Charles Tillman referred to white racism as a form of mental illness; this deep fear is a clear example of how sick some of us White folks can be, and we don’t even know it.

Wilson, and the all-white Ferguson police force is White America. We would like to think that Officer Wilson and events in Ferguson, are an anomaly, but they are not. In his

The political leadership of Ferguson is America, too. In a town that is 70% Black, only one councilperson is Black, and the police force is all White. While we have a Black president and many other political leaders of color, when we look at the Congress, state governors and political leadership of the nation, the percentage of White leaders far outpaces the number of Whites in the country. And just like David Brooks, most of these leaders just don’t get that racism is a problem. More than that, the systems in place, be they criminal justice, education, health care, and other systems, are designed to serve Whites more fairly than people of color. The results are found in how much better these systems work for the average White person versus how they work for people of color.
The point of seeing ourselves in Ferguson is not to raise guilt or to get into a debate on the details of the case, but rather to recognize that as Whites in the United States, we are (in most cases) the unwitting beneficiaries of a system and a culture that provides us with advantages and opportunities that people of other races do not enjoy. This is not to diminish the hard work and individual success that many Whites enjoy; it is only to say that the game is rigged and we didn’t know it.

Furthermore, if the emotions and issues raised by Ferguson are ever to be fully addressed, we who are White must be as much a part of the conversation as our Black counterparts. In our churches, coffee shops, dinner tables and wherever White folks gather, we need to ask ourselves: what does Ferguson say about White folks like us? How are we like the leaders and police force in Ferguson? How are we like Darren Wilson? How must we and the society we live in change, so that the Michael Browns and Trayvon Martins of this world not only can survive, but have a fair shot at success in this country? When we get to our deep feelings and hidden thoughts, the answers may not be politically correct, but they will be honest.
As any therapist will tell you, healing from any mental illness (and racism is a mental illness), begins with honesty. We White folks need to get honest about Ferguson; it’s not just a Black problem, it’s our problem too.
[Images from Google Images]