The Gun Industry – Making Bundles of Money at Our Expense

I continue my discussion of the church’s response to the gun violence movement by now looking at the gun industry. Simply stated the gun manufacturing industry has avested interest in selling as many firearms as possible, regardless of the social costs due to firearm injuries and deaths. Guns are big business and this section I try to illustrate just how extensive this business is

It is tempting for many people concerned about gun violence to attribute the grim statistics on gun-related violence solely to the social and psychological conditions. However, there is entire industry of gun manufacturers and gun dealers whose financial success depends on a continually expanding market of gun dealers and gun users. Additionally, there are numerous trade journals and the media outlets that are integral to the promotion of the gun industry. Thus, this huge economic force contributing to gun violence also must be examined if one is to fully appreciate the magnitude of the challenge facing gun violence prevention forces. Diaz (1999) describes the firearms industry, including the manufacturers, distributers, dealers, and promoters, as “a little money making machine” (p. 85).

While often the gun industry seeks to defend itself against gun control advocates by talking about constitutional rights and the preservation of basic American values, essentially the gun industry is in business to make money. As Diaz (1999) writes: “The ultimate fact is that the gun industry is simply a business and nothing more.” It is neither a national trust nor a repository of American values. … [People who make, sell or import guns] are businessmen. They are in the game because they want to make money and as much of it as possible” (p.3). Yet, unlike industries such as the auto or pharmaceutical industries, the firearms industry is relatively unregulated and operates without accountability and public scrutiny. 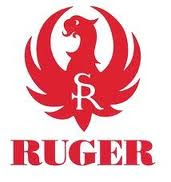 Gun manufacturing has been operating in the United States since 1836 when Samuel Colt won a U.S. patent for his Colt revolver (Diaz, 1999).  Hoovers.com (2011) reports that currently there are approximately 300 gun manufacturers operating in the U.S. who earn a combined profit of $5 billion. Additionally, there are a number of foreign-based companies that sell firearms in the lucrative U.S. market and include some of the more well-known and profitable companies, such as Smith & Wesson (England), Beretta (Italy), Browning (Japan) and Glock (Austria). However, the distinction gets blurred because foreign based companies set up U.S. subsidiaries to get around import restrictions. Moreover, gaining information on these companies is difficult  because all but one major gun manufacturer – Sturm, Ruger  & Company – are privately owned, and conceal information that is required of publicly traded corporations (Diaz, 1999).

Like all industries the gun industry has had cycles of success and downturn. The most recent upturn for the gun industry occurred in the 1980’s when gun executives recognized that the market for hunting rifles was in decline, that the legal gun market was saturated, and that few new markets were opening up. To address this declining trend, the gun industry began introducing handguns to the market, and promoting various “innovations” that increased the accuracy and firepower of handguns. Playing on the theme of fear and the need for self-defense, the gun industry promoted the idea of guns for one’s safety, and began propagating the idea that gun ownership was a constitutional right.  The rise of the survivalist and militia movements in the 1980’s coincided with the introduction of assault rifles into gun marketplace. Thus, what had previously been focused on hunting and sport shooting increasingly became focused on producing and marketing guns whose primary purpose was to inflict injury on other human beings. At the same time these same kinds of guns began appearing on the lists produced by the Bureau of Alcohol, Tobacco and Firearms (ATF) as those weapons most frequently used in crimes (Diaz, 1999). 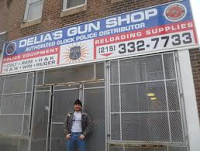 Working closely in concert with the manufacturers are the dealers who sell the guns. Diaz (1999) writes: “The retail sale of firearms in the United States is for all intents and purposes unregulated” (p. 36).  Anyone who is 21, has a place of business and does not have a criminal record can receive a federal license (under the Gun Control Act (GCA) of 1968) to import and sell guns (BATFE, 2011). State regulations vary widely from state to state, but the vast majority of states (with a few notable exceptions such as New Jersey, Massachusetts, and New York) impose only minor additional restrictions. In order to purchase a gun in most states, a potential buyer simply needs to fill out an application and go through a cursory background check that only takes a few minutes. However, many sellers and buyers of guns can skirt even these minimal restrictions by doing business at public gun shows where most if not all of these restrictions are not applied (Diaz, 1999). Moreover, a majority of states allow ordinary citizens to carry concealed weapons in public and the recent trend has been toward increasingly permissive laws in this area (LCAV, 2008).

While all gun dealers are required by ATF to keep and provide records of sale, these data do not reveal the extensive illegal gun market being fed by the process of straw purchasing. Straw purchasing occurs when someone buys guns, usually in bulk on behalf of someone who has a criminal record and cannot pass the minimum requirements for a criminal background check.  The straw purchaser buys the guns legally and then turns them over (usually for a small fee) to the street dealer and the guns become untraceable. If a gun is used in a crime and traced back to the straw purchaser, he or she can simply say the gun was lost or stolen, and there are not further legal ramifications. (Bascunan & Pearce, 2007 ). Gun dealers can easily see what is going on when a person buys multiple guns, but can hide behind the cloak of legality, saying the buyer who entered his or her store bought the guns legally. As one former straw purchaser confided to a reporter, he could often visit gun shops a couple times a week buying multiple guns. Some gun dealers would even contact him when they had a new shipment of handguns (Thompson, 2010). Thus, for some gun dealers (but certainly not all) the illegal gun market has become another reliable stream of revenue.