The Destruction of Public Education and the Conservative Agenda 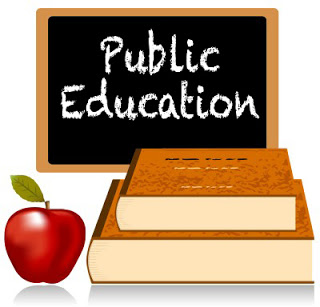 For some time now, I have suspected that the Conservative agenda involved the systematic dismantling and undermining of public education. Conservatives have repeatedly belittled public school teachers, fought the increase property taxes (which are the primary source of funding for most public school budgets), sought to pass bills calling for vouchers, and promoted the proliferation of charter schools, as their agenda for “reforming public education.” I have seen this is my children’s own suburban school district, in the Philadelphia public schools and in communities around the country. Taken together these actions sound the death knell of many public schools, especially in economically depressed communities. However, I doubt it will stop there; conservatives want to destroy publicly funded education in all its forms. 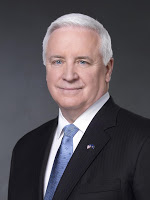 Recent actions by Pennsylvania Governor Tom Corbett have done nothing to dissuade me from this perspective; in fact he all but publicly proposed that for two communities in Pennsylvania. In my last blog posting, I decried the action of the governor denying funding for the Chester-Upland school district that had run out of money mid-year. The governor refused to provide relief claiming the school had “mismanaged” its funds. Chester-Upland has been under the oversight of the state government for several years, so if there was mismanagement it was in his own government as before he was governor he was the Attorney General.

Fortunately, a federal judge ordered Gov. Corbett to provide the $3.2 million necessary for the Chester-Upland district to complete its school year; this isn’t sufficient but it gives the district some more time However, the governor has already submitted a bill to the PA legislature that will effectively dissolve the school district, disband the teacher’s contracts and turn the remaining schools over to charters. He has proposed a similar plan for the community of Duquesne City in Western PA. Moreover, he proposes lower payments to schools that Chester student would apply to, thus making a lesser incentive for schools to attract or admit Chester students. The bill is so bad that even some of the Governor’s Republican allies are rejecting the bill. Fortunately, others are proposing their own bills, but it is clear that while the Governor continues to protect his corporate friends from any more taxes, he openly and disdainfully ignores the needs of the poorest citizens and their children in place like Chester. Because of the governor’s budget slashing other districts like Philadelphia also face further cutbacks even after slashing $600 million for their budget last summer, which led to larger class sizes, fewer teachers and the elimination of many academic support programs.

In 1962 Michael Harrington published his classic book on American poverty, The Other America, in which he exposed to the world the travesty of desperate poverty in a land of such wealth and opportunity. Harrington’s book so moved President Lyndon Johnson that is was believed to be a major influence in his efforts to create The Great Society programs that addressed poverty at levels never before seen. It is these same Great Society and War on Poverty programs that conservatives have consistently criticized and systematically dismantled over the last 50+ years. That is probably why Harrington’s book continues to be published and re-issued, and why now 50 years later because of hard-hearted conservatives like Corbett, it is still very relevant. This is not to say all conservatives are hard-hearted (there have been so-called compassionate conservatives like George W. Bush who disagreed with liberal policies but did not totally turn their back on the needs of the poor and offered their own solutions), but the brand of conservatism currently being practiced by leaders like Gov. Corbett, and Wisconsin Gov. Scott Walker shows no compassion nor concern for those who still suffer in the Other America.
While many of us don’t need to worry about our kids and their schools because they haven’t gotten to the point of Chester, we should take note what is happening. We need to see the trends, and recognize that while states are required to provide all students a quality public education, conservatives blatantly disregard that mandate in communities in most need and with the least resources. At the same time schools are being de-funded prisons are being built at a record pace in states like Pennsylvania. Research shows that there is a clear correlation between youth violence and low quality education. When it comes to building a school to prison pipeline, conservatives like Tom Corbett are showing us the way it is done with impunity.