The Day God Checked Out 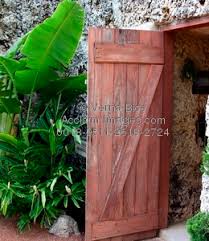 When we are challenged we do not rise to our expectations. We fall to our level of practice.

God checked out the other day. No one knows exactly where She went or when, but as far as anyone knows God is gone. Nowhere to be found.

Some folks said God had been hanging around the DC Trump Hotel, mostly because many of God’s people were saying that the Donald (otherwise known to God as DT) was their man for the hour, the one who would bring this country back to God, God’s values, God’s ways. Even though many of God’s people talked about DT, God hadn’t heard much from DT himself over the years. Usually when DT used God’s name it was in the form of some sort of curse, like “God damn those assholes for trying to cross me, get my God damn lawyers to after those God damn fools.” God didn’t pay much mind when DT talked like that because he figured DT wasn’t actually praying, he was just letting off steam.

God decided He wanted to find out what all the fuss was about and so decided to check out some of the big evangelical megachurches to see what the fuss was all about. James Dobson the Christian radio host, Franklin Graham (Billy’s son and heir apparent), Jerry Falwell, Jr (Pres. of Liberty University) and even televangelist Paula White, all were going on and on about what godly leader DT was. God couldn’t quite believe what He was hearing. Donald Trump morally upright? Donald Trump a true believer? Donald Trump God’s man in the White House? Did they know who they were talking about? Was this the same DT God knew?

God hadn’t said anything like that. If She did. She had been misunderstood. Was Satan, the deceiver, at it again? Especially after the way DT treated all the immigrants. Hadn’t God made it clear Her people were to care for the widows, orphans, and foreigners? Immigrants were foreigners, so how could God’s followers be not only negligent, but downright hostile to the very people they were supposed to care for?

God then overheard some of those same leaders comparing to DT to Cyrus. You know Cyrus. He was the Persian emperor whose armies defeated the dreaded (for the Jews) Babylonian army under Nebuchadnezzar. Under the Babylonians, the Jews had been in exile. After Cyrus won the battle, he didn’t want the headache, and so he just sent the Jewish exiles home. Isaiah the prophet wrote Cyrus was God’s “anointed” for letting the Jews return. God wanted   Isaiah to say he was “appointed” to get folks back home, not “anointed.” So much for the infallibility of the Bible. Cyrus taking over for Nebuchadnezzar was like Vladimir Putin taking over for Kim Jong Un; Cyrus may have been a bit better (if you were a Jew) but he was no saint. He was no anointed one.

Then when the COVID-19 pandemic hit, God said: “Now I can see what DT is made of.” Actually God thought DT might actually get serious and pray and ask for help. Didn’t happen. DT felt that praying was Mike Pence’s job. Instead of praying DT just started spraying lies and misdirection,  and blamed others for his mistakes. Things just got worse and worse and worse. DT showed no empathy, no compassion for all the sick and dying people. All he cared about was his ratings, the stock market, and “putting people back to work” even if they did not feel it was safe.

God saw all the sick and dying and was horrified. She walked through the hospital emergency wards and the nursing homes and wept beside the beds of all the dying. God stood by the families whose loved ones had died alone. God moved the head of the World Health Organization (WHO) to offer tests to the U.S., but DT said he had a better way (which he did not). People were angry at God for not just making the virus to just go away, but that’s not how God works. God was pleased with all the ways people came together to support and honor one another. She marveled at the food pantries, the clothing drives, and other ways the faith communities reached to their own and beyond. God smiled at all the random acts of kindness and the creative ways people reached out to each other.

Despite all that, God got fed up with the lies, the blaming, the denial, the selfishness, and the careless decisions that caused more and more to struggle and die. He could not believe the selfish, gun-toting flag-wavers trying to stir up trouble.  God had had it.

So God checked out…. went incognito. No one quite knows where God went. She didn’t leave a note or a forwarding number. Perhaps He went with those immigrants, perhaps to Africa or China, or perhaps in the homeless shelters and the emergency rooms. Your guess is as good as mine.

All we know is God checked out and doesn’t want to have anything to do with all the craziness going on. So, I guess we are on our own. I, for one, think we could use some truth, some honesty, some compassion, some wisdom,  some help.  But what do I know? I can’t even figure out where God is.