The Day After and Beyond

For weeks now I have wanted to write something about the election season we are currently in, but I could not find words to say anything that hadn’t been said many times over by people far more eloquent than I. However, voting day is just a few days away, and so here is my attempt to say something of what has been stirring in my heart.

Recently, I heard an interview with Ruby Sales, the founder of Spirit House, an Atlanta-based organization that works to bring diverse people together to work for racial, economic and social justice. In the interview, she said there is a spiritual crisis in America, specifically she said in white America. I agree and that spiritual crisis is making all of us sick – regardless of race, creed, sexual orientation or economic standing. We need to be restored to ourselves and to one another. That is what has been on my mind. 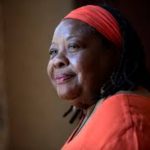 Like most people I know, I am glad that this disgusting election season is nearly over. If the ads for candidates up and down both sides of the ticket are to be believed, every candidate running for office is corrupt, heartless, and unworthy of serving. At the same time, like most people I know, I am very anxious about the outcome of the presidential election. While I will vote for Hillary Clinton over Donald Trump, if reports are to be believed, those voting for Trump are equally anxious about the possibility of Clinton being elected. Whatever the outcome, I am already convinced that the real work of democracy has not been the last several grueling, despicable months, but begins the day after the election.

Several weeks ago, I posted a blog reaching out to Trump supporters asking why they were planning to vote for Donald Trump. My question was prompted by the fact that I did not have any Trump supporters in my immediate circle I could ask personally. While I only received three replies, it was clear that there are some significant differences of perspective on key issues like health care, immigration, abortion, the appointment of new Supreme Court judges, and the competence and character of the respective candidates. While I will vote for Hillary, I have no illusions about her failures and lack of transparency. While I don’t see her as the “criminal” Trump and supporters characterize her as, neither is she an angel. She has a long record of public service, has shown a consistent concern for children and families, and has extensive governing experience. That is why I will support her. 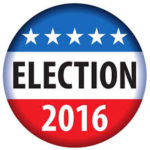 However, if and (I hope) when she gets elected, we who have worked so hard for social, racial and economic justice will have our work cut out to compel her and the Congress to act on the campaign promises that have been made. If Donald Trump is elected, we will have to work hard to resist his efforts to dismantle health care, demonize immigrants and refugees, encourage open discrimination against Muslims, and create another economic disaster. Either way the election goes, our work is cut out for us.

However more than that, those of us on the left and on the right have to somehow find a way to live together respectfully and inclusively. Those predominantly white folks supporting Trump need figure out how to live with people who they feel threaten their way of life like immigrants, Muslims and persons of color. We on the left have to figure out how to extend ourselves and live and work with those whose vision of America is so different than our own. And those who feel like the system is so broken that is not worth rescuing have to find a way to put up with those of us who want to try and fix the system we have.

Recently, I also heard an interview with Eboo Patel, a Muslim man who founded and heads Interfaith Youth Core (IFYC), an organization dedicated to fostering interfaith dialogue and understanding.( My daughter Esther works for IFYC.) In that interview Patel made a profound statement about democracy. He said democracy means as citizens that we can vehemently disagree on some issues, but still agree to work together on other issues. During this election season, many of us on both the left and the right, supporters of Trump and of Clinton, and those not supporting either candidate, have taken on an “all or nothing” attitude toward those with whom we disagree. A democracy can’t operate that way, if democracy is what we want. 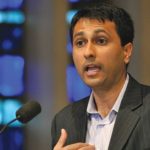 I don’t intend to work any less for the issues I care deeply about: racial justice, fair and full funding for public schools, economic justice, gun violence prevention, a vigorous response to climate change, reforming the criminal injustice system (that was not a typo) and economic dignity for those who are overworked and underpaid without a living wage. At the same time this election season has shown me I must also work on finding ways to come along side of those with whom I disagree on these and other issues. This doesn’t mean I will tolerate bigotry, ignorance, or indifference when it comes to the demonization of Muslims, or  undocumented immigrants or refugees fleeing oppression and war. What it does mean is that I will try to listen and understand those who don’t share my views and the fears that fuel their anger and distrust.

If I have taken anything from this election season, it is that our political system with its captivity to PACs and big money is incapable of tackling the issues we need to change in this country. That change will have to come from the grassroots, which means we need to find ways to work together. As I write this, I have little idea how to remain true to my justice commitments and still reach out to those on the other side. I guess that is why I, and I hope a lot of other people on both sides of the issues, can get together and figure out how to live together respectfully, once this horrible election is over.