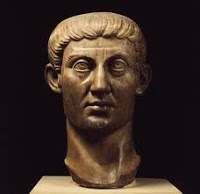 In the year 312 C.E, the Christian movement made a wrong turn from which it has never recovered. In that year the Emperor Constantine was crossing the Milvian Bridge over the Tiber River into Rome in a battle that would lead to his becoming the emperor of the Roman Empire. While on the bridge Constantine reported seeing a cross in the sky beneath the Latin words “In Hoc Signo Vinces” which meant “In this sign, conquer.” Constantine took this sign as a vision from God and ordered all his soldiers to put crosses on their shields, and they ended up decisively winning the battle. Until that time, the Christian movement had been a small struggling sect separate but related to Judaism and  held no prominent place in Roman society. However, after Constantine’s vision and conversion, Christianity became the religion of the empire, and this struggling sect inhabited and embraced the seat of power. 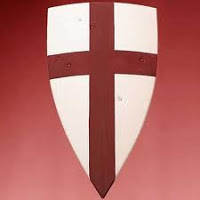 This story is poignantly recorded in James Carroll’s Constantine’s Sword: The Church and the Jews. Part history, part autobiography, this book recounts how this shift in social position led to the Christian church’s degradation, persecution and oppression of the Jewish people for 1700 years culminating in the horror known as the Holocaust, Adolph Hitler’s “final solution” to eradicate the Jewish faith and Jewish people from the face of the earth. While Carroll does not contend that the Church caused the Holocaust, he makes a compelling case for showing how the Church, particularly the Roman Catholic Church, taught beliefs and values, and carried out actions over many centuries that set the stage for Hitler’s atrocity to occur. While Carroll focuses his attention primarily on the Catholic Church, many of the same accusations could be made of Protestants as well.

Not only did Constantine’s conversion lead to the persecution of the Jews, but that mindset of a triumphalist Christian mindset over the centuries has led to Crusades, inquisitions, wars, pogroms, genocide and a view of religion that is arrogant, controlling and divorced from the teachings of love, faith and justice it supposedly promotes. Most troubling for me is that fact that the cross, the symbol of ultimate self-sacrifice and love, has become for many non-Christian people, especially Jews and Moslems, a sign of violence, persecution and war.

Given that history, one wonders how any self-respecting person could choose to be a Christian. One understands why devout atheists like Christopher Hitchens and Sam Harris call for the abolition of religion. As I read Carroll’s book, I wondered how he could still affirm his Roman Catholicism, even as he admitted that given what he now knows his Christian conscience “can never be a peace.”

While I am a product and indirect beneficiary of this history, like Carroll I find it sickening and repulsive. And like Carroll, I want to say that my faith in Christ stands against power as defined by politics, economics, and military might. My faith cannot affirm a church structure and polity built on hierarchy and a lack of respect for the dignity of people be they Jewish or African, a woman or a gay person. My view of faith cannot abide a triumphalist Christianity professed in hymns that have words like “Onward Christian soldiers marching as to war, with the cross of Jesus going on before.”

The faith I profess, and the view of Jesus I see in the New Testament is of a man who grew up among an oppressed people and proclaimed a God who stood with those considered marginal, oppressed and less than human. The faith I profess lies in a God who calls his followers  to be those “who come not to be served, but to serve and give [one’s] life for many.” The faith I profess seeks justice for the oppressed, equity for the powerless, and dignity for all regardless of their race or creed.

I don’t know who or what Constantine heard or saw on the Milvian Bridge, but I do know that the wholesale acceptance of that “affirmation” of Christianity by the most powerful person in the world at the time led the Christian movement away from the core values and beliefs that had shaped the movement for the previous 300 years. Christian leaders at that time made a huge blunder thinking that the emperors blessing was somehow God’s will. We have been paying the price ever since.

This is not to say that nothing good has come out of the church since 312, but it is to say that in many ways we lost our compass as a people, that we sold our soul for worldly power, and that we have drifted from our core values ever since. This does also does not mean we avoid engaging the pressing issues of our day, but rather that we do so from a prophetic, critical stance, willing always to ask the hard and difficult questions, regardless of the cost. We don’t seek “failure” or martyrdom, but our calling is to frame issues from the perspective of the Reign of God, which in no way can be equated with reign of Constantine or the Tea Party or Obama or Wall Street or Microsoft.

In 312 we took a wrong turn, and we need to find our way back home.